1. Why we should shift our focus to our efforts and not other’s efforts

It’s your wife’s fault. It’s your boss’s fault. It’s the economy. It’s COVID. It’s this. It’s that. It is significantly easier to say that it’s somebody else’s fault. The problem with doing that is that we are voluntarily relinquishing sovereignty when we do it. Because look, if the position I am in my life is your fault, let’s just say I’m blaming it on you for whatever reason: I’ve just handcuffed myself because now I just need to wait for you to change. But if you do something different, then that’s going to impact my life better, and there’s nothing I can do about the way you show up, so I’ve just given you authority over my life. Now, I’m just sitting around waiting, and people do this; they’re waiting for their ship to come in like it’s some passive thing, “Oh, well. That guy got lucky. When I get lucky too, then everything will be good.” No. It’s your responsibility. It’s risky because who wants to look at themselves in the mirror and say, “You’re inadequate. You’re not enough. You’re not good at this”? In all ways, what we need to do is to make ourselves completely free and independent of outside factors. Now, that’s not to say that we shouldn’t be able to accept help; we should, of course. I had a couple of guys in the financial planning business who I hired, and we split business together, and they came on and they extended their hand and they taught me: I wasn’t relinquishing sovereignty; in fact, I was developing it and learning how to take control of my own life.

5. Why having children makes you want to be better and push harder

My son has been on this fitness kick right now, so I was like, “Let’s go outside and work out,” and he was like, “It’s cold out there,” and I was like, “Yeah. It’s really cold, actually. So, let’s go outside and work out,” and he was like, “Okay.” So, we go out into the gym and it’s not heated. The gym is in our garage, it’s not heated, there are holes everywhere, and it’s just as cold as outside; in fact, it might be more cold. So, we’re in the garage and he’s like, “Dad, it’s super cold in here,” and I’m like, “Yeah, but this is why it’s meaningful. Because how many people would not do this at all, or they would do it in a comfortable environment? And yeah, maybe they’re getting strong, but we’re getting strong physically and mentally,” and so we talked about how much more it counts if it’s harder. I’m not saying it needs to be dangerous or stupid, but it’s worth more because it’s harder; it’s worth less if it’s easier. So, that’s one thing.

6. The importance of owning and running a business, even at a young age

7. Dropping the “I” and using the “We” when leading a team

I think there’s a little nuance that we need to make sure that we’re aware of, because I’ve fallen into this trap, and it’s just a minor little thing. If this appeals to you and you’re trying to do something like this for your employees, and the people who would band with you, get really comfortable with using the terms “us” and “we.” I hear so many people say, “Oh, yeah. I created this. I did this. Me. My. I,” and it’s singular. This thing is greater than myself. It’s us. Maybe I founded it, maybe I host the podcast; but if that’s all it was, it wouldn’t go very far. It’s we. It’s us. The person who just started following our Instagram account 15 minutes ago is part of us. We are doing this. And people who are listening are just as much a part of it as me, the guy who is securing the guests, and making the investment, and putting up the capital, and taking the risk. I think the people who are banded with us are just as important, and so I use the inclusive language of “we” and “us” versus, “I” and “me.” It may seem trivial; it’s really not to me.

I think that successful people find meaning and joy in the process. It’s easy to get lucky every once in a while. It’s easy to stumble across something and have it work out. But if you’re so hyper-focused on the end result, you have a false sense of expectations about what it will take, and you’re going to be disappointed, and you’re probably going to throw in the towel sooner than you should. But if you find joy and purpose and meaning in just showing up and doing the work and having faith that if you do that well enough and for long enough, then the results will just take care of themselves, and they will. Whatever you want, it will happen, if you do the right work and you do it long enough. Here’s how I would say it to reframe it: the win isn’t the end result; the win is that you actually get to play the game. If you define winning that way, whether it’s showing up to jiu-jitsu, it’s not about your belt promotion; that will take care of itself. It’s about the fact that you went today, that’s the win, or that you showed up to work on time, or that you made two dozen calls to prospects and clients. Whatever your thing is, define winning by the activity, not the result that it will produce.

9. Why having a clear mission and vision matters

That’s what drew me to Josh Dorkin who founded BiggerPockets 15, 20 years ago; he had this vision, this mission. He didn’t know exactly where he was going, but he was so convincing in his, “We’re doing this. This is a thing. BiggerPockets is a thing,” and now this thing has grown to millions of members because people love to be a part of something, and I love being a part of it. This also applies in the small areas, like when you are going to hire your first employee, and I want to go create a movement of people online. It applies to everything across the board. Have that thing, create something, create movement, and people will follow. People will join. I think it’s so important, rather than just asking yourself what goals do you want to accomplish, a better question is, “What pain am I willing to put up with?” Do I really want a six-pack? I use that analogy all the time, a six pack. Yes, I want a six pack, and at some point in my life it would be cool to have one, “Am I willing to put up with the pain needed to get one?” Up until this point, I have proven that I am not because I haven’t done it yet, right? Until I make the decision that I’m okay with the pain needed to get the result, I guess that’s the better question, “Am I willing to put up with the pain, the work necessary?” and a lot of times the answer is no. The desire is there, but that’s very different. I don't want to be a billionaire, it sounds horrible because the pain to become a billionaire is a lot, but I was willing to put up with the pain to become a millionaire. Yeah, for sure I'll do that all day long. So again, when people are thinking about goal-setting, maybe you've got to think about the pain more than just the results.

10. Why you should not shy away from difficult circumstances

It makes me better to be in a hard situation. It makes me better to develop a skill set. It makes me better to be alone with my own thoughts occasionally and within reason. That all makes me better. And then when I come back, I’m that much more engaged. As I’m sitting there in the hills of Vermont just miserable, tired, cold, wet, thinking to myself, “What they hell are you doing?” that image pops to my head of my kids excited, and when I wanted to throw in the towel I remember thinking to myself, “What’s it going to be like when you get to call them and you said you did it, you actually completed it?” And you know what? I was gone for three and a half days, but I served my kids immensely through me being gone and them seeing their dad go take care of himself, put himself in a miserable situation, improve and get better, and now they’re better even in my absence because I can come back stronger. The point I want to make here is that successful people run toward hard, and early on I did not do that. If things were hard, I ran away from hard. When you start running toward hard, your kids pick up on it, your spouse picks up on it, or future spouse maybe picks up on it, because there’s something just so admirable in that. I still remember every time my dad did that as a kid, did something that was challenging or hard, those are the moments I remember. 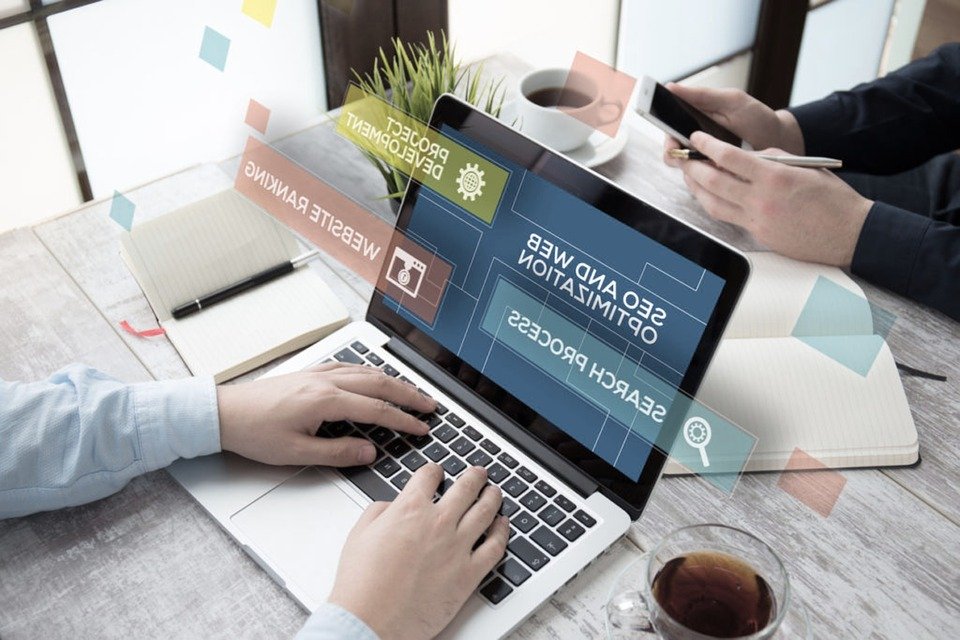 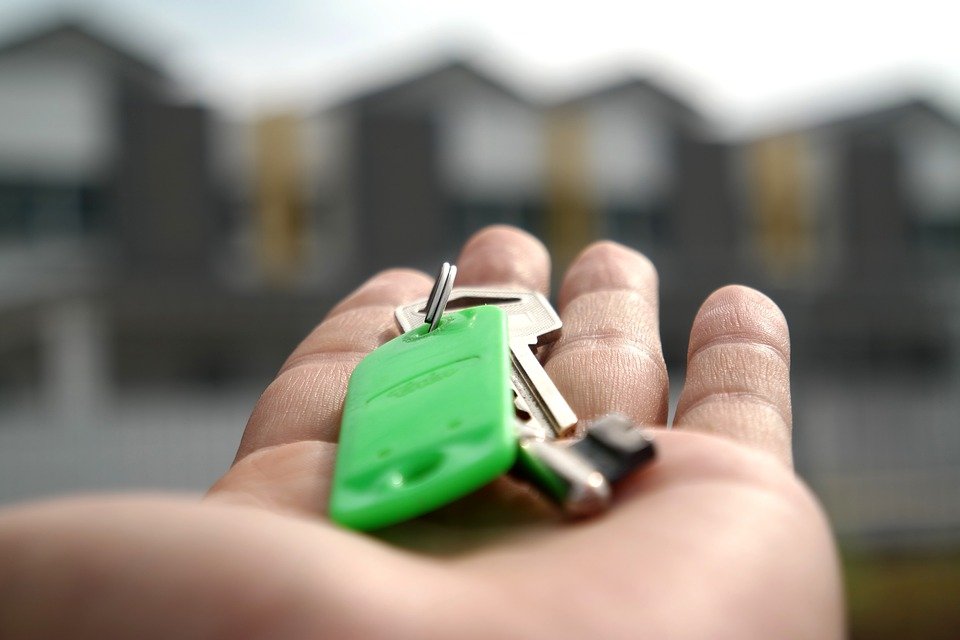