The Case for Investing in Atlantic City 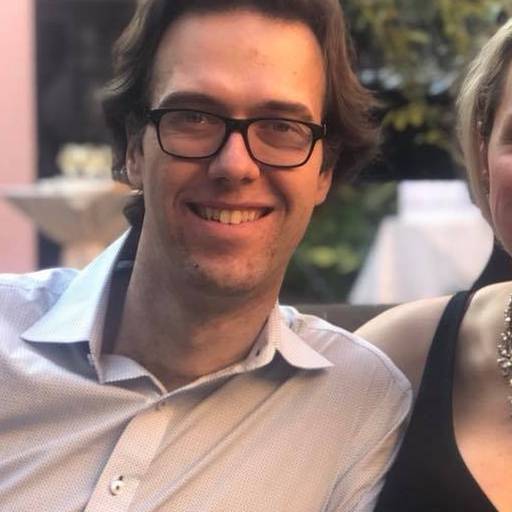 Atlantic City presents a unique investment opportunity, whether investors are seeking the stability of income-producing, long-term hold properties; or are hoping to be part of a city-wide revitalization that promises substantial appreciation. Atlantic City offers these tantalizing economic outcomes, while also allowing investors to be on the true ground-floor of a city-wide, once-in-a-lifetime economic renaissance.

As is widely known, Atlantic City has a checkered past. Located on Absecon Island, a large barrier island about an hour’s drive east from Philadelphia and two hour’s drive south from New York City, Atlantic City was first settled in the mid-19th century. Buoyed by a rail connection to Philadelphia and one of America’s first boardwalks, Atlantic City became a haven for the rich, boasting numerous resorts, hotels, and summer homes by the early 20th century. During the Prohibition era in the 1920s, Atlantic City became known as a safe getaway where alcohol and other vices flowed unimpeded, furthering its reputation as a playground for the powerful, and introducing organized crime to the city.

With the widespread adoption of the motor vehicle after World War 2, the suburbanization of America, the increasing prevalence of air travel, and decades of financial mismanagement, corruption, and graft, Atlantic City lost its prominence as the premier resort town on the Jersey Shore. In the mid-1970s, in an effort to revitalize the city and tourism in New Jersey in general, casino gambling was legalized, leading to the construction of a dozen casinos throughout the city. Atlantic City quickly became known as the “Las Vegas” of the east coast, and much of the city’s economy became centered on these casinos, to the relative detriment of the rest of the city.

However, the rise of casino gambling in Connecticut, New York, and Philadelphia in the late 20th and early 21st centuries exacerbated Atlantic City’s already tenuous economic situation. In 2011, the Casino Reinvestment Development Authority—a state agency created in the 1980s to re-invest money generated by Atlantic City casinos—was given land use authority over a stretch of Atlantic City containing all of its casinos and much of its ocean shoreline. In 2016, Atlantic City was formally taken over by the state government, who hope to right its finances and decades of corruption and graft. As may be fitting to its reputation, many of Atlantic City’s prior mayors and leadership have been indicted on charges such as campaign finance fraud, embezzlement, and other forms of corruption.

These substantial challenges underpin the unique investment opportunities that Atlantic City presents. While Atlantic City struggled throughout the second half of the 20th century, its neighboring shore towns flourished as high-end, luxury gateways for New York and Philadelphia residents. Indeed, today, nearly all of the Jersey Shore—with the notable exception of Atlantic City—is populated with a mixture of beautiful homes, high-rise condominiums and apartment buildings, and desirable amenities appealing to vacationers and second home buyers. These towns lack many of Atlantic City’s most attractive intrinsic features: specifically, its easy bus, car, train, and air access to major population centers. Whereas many Jersey Shore towns require driving as much as an hour off of the Garden State Parkway (the major highway artery down the Jersey Shore) to access, and lack bus access, trains, and airports, Atlantic City is less than 10 minutes from the Parkway, is connected by another, substantial highway which leads from Atlantic City directly to Philadelphia, is connected by rail to Philadelphia and by bus to New York, and is a 20-minute drive from Atlantic City International Airport. Whereas many Jersey Shore towns feature small, difficult-to-access beaches, Atlantic City’s beaches are large, plentiful, and generally regarded as some of the most desirable in the entire state.

These intrinsic advantages have not translated into high prices for residential real estate. On the contrary, prices in Atlantic City are, in places, as much as an order of magnitude below what comparable homes and land would trade for in towns less than a 20 minutes’ drive away. Atlantic City’s practice of demolishing abandoned buildings has left much of Atlantic City—particularly the Inlet section, on Absecon Island’s northern tip—almost entirely vacant. This means a lack of inventory of desirable homes, and, combined with its reputation as crime-ridden and corrupt, has depressed prices to hard-to-fathom levels. Single-family homes within walking distance of the beach regularly trade for less than $100,000, and move-in ready homes on the beach block can trade in the low six-figures. It is very common for homes to sell for well below their replacement cost.

Although these pricing disparities have existed for decades, numerous, conflating factors contribute to an extremely unique and exciting investment opportunity in Atlantic City now. The dream of the Atlantic City of the 21st century is one not driven by casinos, but, rather, by its many intrinsic amenities. Returning to its roots as a luxurious resort town—not at all dissimilar to its thriving neighbors to the north and south—has become not only eminently feasible, but simply a matter of “when.” As a sleeping giant—one of New Jersey’s most well-known towns, and one of the largest and best-located on the Jersey Shore—Atlantic City’s potential both for short-term revenues and long-term appreciation are real.

First, the prevalence of short-term rental platforms such as Airbnb have led to a home-grown residential real estate renaissance. In the tradition of Atlantic City’s roots as a vacation destination for beachgoers, at least five hundred homes throughout Atlantic City are being used exclusively for short-term rental purposes. Over the past decade, many millions of dollars have been spent in renovating these Atlantic City homes to luxurious, high-end standards. Atlantic City’s desirability as a beach town, its cultural amenities through casinos and restaurants, and its reputation as a place to relax, draw tourists in from across the northeast: for family vacations, birthdays, bachelor parties, and weekend get-a-ways.

Short-term rental operators regularly collect upwards of $50,000 per year in annualized revenue, from 4 bedroom, 2 bathroom homes. Larger homes in prime locations can gross well over $100,000 per year. To illustrate one example: a single-family home purchased for $35,000, and into which approximately $70,000 was invested via renovations, appraised at $175,000, and grossed over $60,000 in its first year of operation, despite this year occurring during the COVID-19 pandemic. This is much more the rule than the exception. As Airbnb’s popularity has increased, so too has demand.

This extraordinary cash flow drives the first, and most significant, pillar of the Atlantic City investing thesis: extremely strong cash flow relative to property values. This arbitrage opportunity exists because the pricing of suitable homes for short term rental purposes has not adjusted to realize the massive revenue potential these properties possess. The past performance of the market and discussion with the CRDA and the city gives confidence in the resilience and growth of the short-term rental market in Atlantic City. Even if none of the grandiose visions of Atlantic City discussed come to fruition, and even if short term ternal revenues plateau at their current level, the substantial cash flow from these properties alone merits serious investment.

Second, the creation of the tourism district, comprising nearly all of Atlantic City’s most desirable real estate, under the direct authority of the CRDA has introduced sound, stable, and pro-investment focused administration to the city. The CRDA, as an arm of the state government, is not subject to the political wills that have troubled Atlantic City in the past. As a well-funded entity, deriving revenue from Atlantic City casinos and the State of New Jersey, the CRDA has deployed substantial resources towards improving the tourism district, including paying for heightened policing, substantially renovating and expanding the boardwalk, purchasing abandoned buildings, providing funding for development opportunities, and facilitating renovations and new development.

Third, with the creation of the tourism district, the state of New Jersey has designated nearly all of the tourism district a Qualified Opportunity Zone. This designation creates substantial tax benefits for investors looking to defer long-term capital gains, and makes the appreciation of all qualified investments in the area, if held for at least 10 years, essentially tax-free.

Finally, local investors have begun to invest in the city. The Orange Loop, an entirely home-grown project spearheaded by Mark Callazzo; Evan Sanchez and Zenith Shaw of Authentic City Partners; and Patrick Fasano, has showcased the possibilities that Atlantic City has for commercial amenities outside of the casinos. The Orange Loop is a three-block section of beach-block properties in the tourism district featuring restaurants, bars, a Yoga studio, apartments, and, in the near future, outdoor performance venues, hotels, and more. This project was funded entirely by local investors and entrepreneurs, and has seen double-digit revenue growth since its inception. Combined, well over $10M will be been spent in this development. Other local projects include a $100M waterpark to be built within walking distance of the Orange Loop and Inlet, the redevelopment of the former Trump Plaza Hotel and Casino, and a bevvy of smaller, entrepreneurial projects.

These factors contribute to the second pillar of the Atlantic City investment thesis, which is a bullish medium and long-term outlook on the city. Although the attractiveness of short term rental properties in Atlantic City investments is largely agnostic to the appreciation of properties beyond inflation, the influx of cash, state involvement via the CRDA, and activity of other investors has ripened the city for substantial change and appreciation. Many investors have realized that there is no inherent reason why Atlantic City properties are priced at a fraction of those nearby. Investors such as Pat Fasano, who is investing heavily in the Orange Loop and Inlet, have seen similar change happen in Asbury Park, another Jersey Shore town often written off as crime-ridden and down-on-it luck. Pat was a driving force in Asbury Park’s renaissance, and is employing the same strategy—and much of his financial gains—into a similar transformation in Atlantic City near the Orange Loop and in the Inlet.

The long-term vision of Atlantic City is several-fold:

Primarily, the goal is to buy and renovate properties with the aim of operating them as short-term rentals. Experience has shown that the arbitrage opportunities suggested above—buying low, forcing appreciation through renovation, financing, and renting as a short-term rental for substantial cash flow—are and will continue to be a viable strategy. This strategy is akin to hitting “singles and doubles” in baseball. There is no reliance on macro-economic factors to power returns or large, well-heeded investors to participate.

Beyond this, however, these properties will be the major driver of residential growth in the city in the medium-term. Because the city has suffered from a lack of desirable homes for rent and purchase, the above strategy creates housing stock that can later be used as market-rate rentals, or vacation homes. These homes can either continue to be operated as short-term rentals or, in many cases, will be sold to vacation home buyers seeking to live in Atlantic City.

Consistent with this strategy, continuing investments in the Orange Loop and Inlet will drive substantial growth in the city as a whole. By creating more desirable restaurants, bars, entertainment venues, and places to congregate outside of the confines of the casinos, Atlantic City will begin to resemble, in amenities, its substantially more successful peers. By building residential housing in the Inlet, for example, the entire city will be transformed substantially for the better.

If such hopes become reality, such short term rental holdings can turn into “grand slam home-runs” with substantial appreciation driven by the growth and desirability of the city as a whole.

Truly, the future of Atlantic City is bright, whether one cares only for the cash flow, property appreciation, or the thrill of transforming a city.