I had short term rental guests inbound in the week leading up to Christmas.  The previous guest reported hearing water running somewhere, but didn't see the toilets refilling or any other visible sign of water moving.  That was my first clue.  The second was when I attempted to start a load of laundry, and no water filled up the tub.  I went to the kitchen and turned the tap, and no water came out there, either.

I was sure I'd paid my bill.  I looked up the city utility phone and she asked me if I saw the blue notice in the door.  I hadn't seen the notice.  I'd come through the garage when I came to do a turnover.  The blue notice told me that 132,300 gallons of water ran through the house, and the city utility turned the water off.  That is as large as a city water supply tower,

Yikes!  I had short term rental guests coming the next day.  I called my plumber, who told me to call a leak detection company.  The clock was ticking.  It took him an hour to drive from Orlando, and I met him at the house. 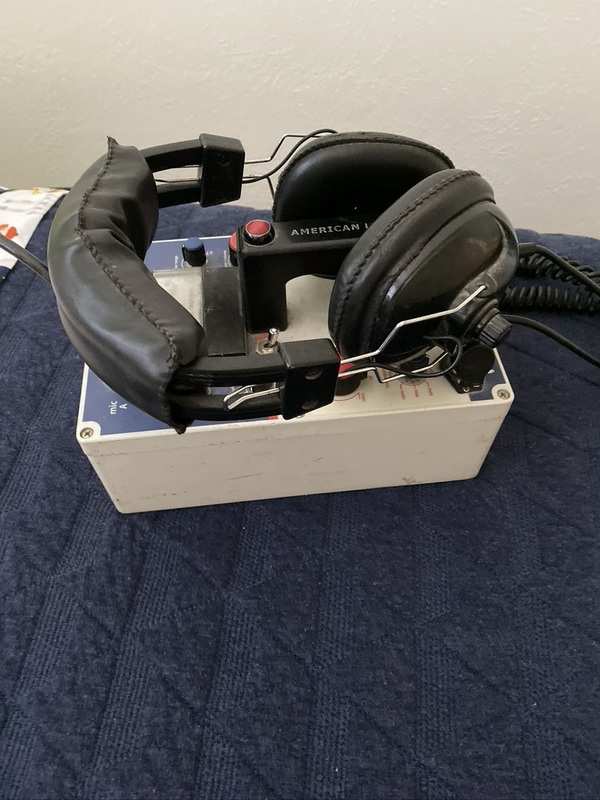 The leak detection guy had equipment that enabled him to listen to the flow of water, through a stethoscope type of device and headphones.  He turned the water back on at the house and proceeded to his task. He flipped the stethoscope across the tile floor, listening.  He quickly went through the house with his equipment, which allowed him to hear more bubbling sounds through the concrete foundation and tile, and therefore identify the area where the slab leak was located.

When he marked the spot, I called my plumber, who expedited the repair...for which I am SO grateful. It is good to have a plumber to call upon last minute.

The plumber dug a new line from the front yard to the house. His team ran a line into the house and into the wall below. The Master bedroom shower is on the other side of this wall, which is in the Kids' room of my short term rental. 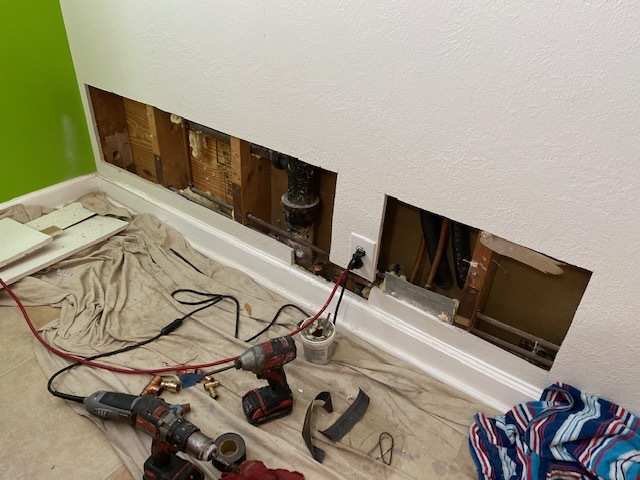 I had a family coming the next day and really didn't want to cancel their vacation. So once the plumbers were done with the wall, I grabbed drywall mud and taped and mudded the wall. Then I placed a fan on the wall so it would hopefully dry by the next day. Getting up early, I went over to prime and paint, and again put the fan on the wall to speed things up. By the time the guests checked in, the wall was soft but "finished." I explained the source of the newly painted wall smell. Whew! Got it done and didn't have to cancel on the guests. 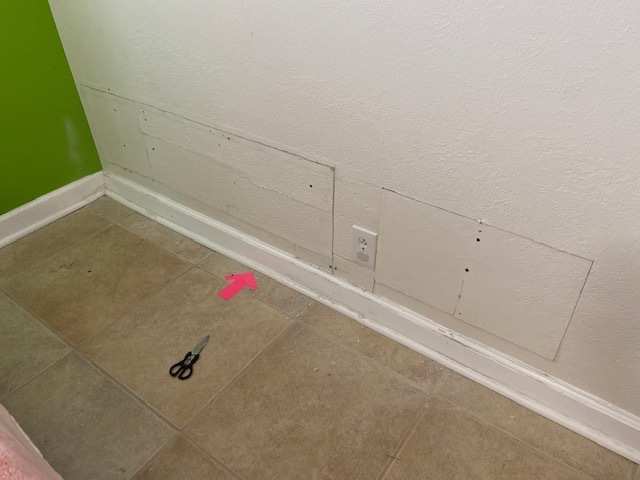 The tape arrow is from the leak detection guy, which was $275. I have the cost of the plumber (he hasn't sent his bill yet, so I need to follow up with him). I'd say a few hundred dollars for half a days' work. I have my utility bill set up on auto-pay and noticed a nice little bill of $700 for the huge amount of water that went through this house.

I recently toured a prospect, a fixer house that had a leak in the foundation, and it caused a mini-sink hole under that house.  Mine came out on the other end in pretty good condition.  So many other things could have gone wrong with my situation...take a look at this three foot deep hole in the floor of the other house: 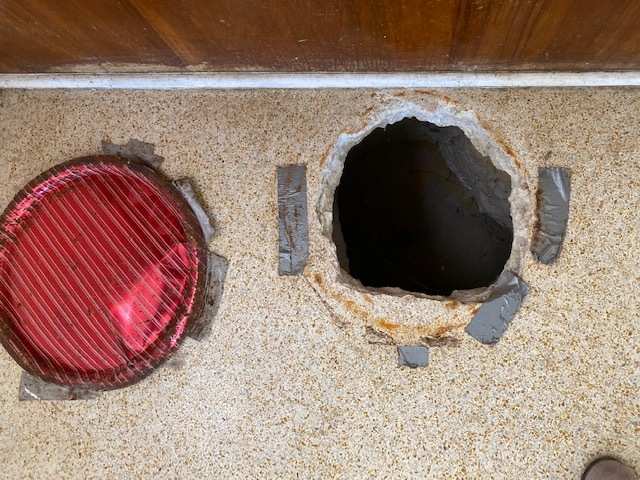