How to Reach Destination Financial Independence

My grandfather flew airplanes in World War II, and later he flew for Delta Airlines until they made him retire at 60. He loved flying so much that one time during retirement he delivered a small single engine plane (a Cessna) all the way across the Atlantic Ocean just for fun!

Unfortunately, I never caught the flying bug (I think motion sickness had a lot to do with it). But, I did absorb airplane metaphors from an early age.

I’ve learned that we entrepreneurs and investors are a lot like airplane pilots.

We take off for a financial destination we have never seen. While in the air, we get tossed around and knocked off course (A LOT). But, if we’re persistent and keep focused on the end goal, we’ll eventually land our plane at our destination.

In my case and maybe in yours, that destination is financial independence.

What is Financial Independence (FI)?

In one way, destination financial independence is very simple.

It’s a specific amount of net worth invested in safe and steady assets so that the net income covers all of my family’s living expenses.

This means that when I accumulate a net worth of $1 million dollars and have it safely invested, I’ve arrived. This may be, for example, 10 free-and-clear houses that I have bought for $100,000 each and paid off all the debt.

Why is Arriving at Financial Independence Not So Simple?

The math is simple, but in reality destination financial independence is not so simple.

Real life results are not math. Real life is about personal habits and behaviors.

The simple math for financial independence works like this:

Your savings rate is the percentage of your earnings that is saved and not spent.

To see the math and assumptions, see The Shockingly Simple Math Behind Early Retirement.

Unfortunately, on average in the U.S. we are doing a poor job of saving. The average yearly individual savings rate as of April 2014 was a meager 4%.

Why is the average so low?

Because earning more money and spending less money is tougher than addition and subtraction. Both are very personal challenges.

Earning more money requires you to improve yourself and your marketable skills. If you currently earn too little, you have to focus on your mindset, on your skills, and on your ability to add value to people’s lives. These require investments in education and personal improvement.

Spending less money often fails for the same reasons as failed diets and exercise. We see it as deprivation and a sacrifice too large to make. It’s too uncomfortable and difficult to change, even though we “know” better.

I’ve become convinced that frugality, as in buying older cars, simpler houses, or less stuff is actually not a sacrifice at all. It makes me happier. But, even if it didn’t, spending less now and saving a lot of money for a short period of time buys me the ultimate lifelong reward: FREEDOM.

Do you know your own savings rate? Does your level of savings put you on pace to retire on time?

If you want to get your savings rates to more powerful levels (25%, 50%, or even 75%), major behavior modification will be the battle, not quick fixes or math equations.

Challenge #2: Financial Independence is Not a Single Destination

You may sit stranded at milestone #1 for several years waiting to take off again, despite your best effort and intentions.

Will you give up too early? Will you become frustrated and angry that reality hasn’t worked out exactly like you planned on the schedule you planned?

Patience, flexibility, and persistence are prerequisites to finally arriving at financial independence.

Persuasive advertising from the most powerful businesses in the world (insurance, financial services, and banks) try to sell us on the idea that we’ll never be happy until we achieve absolute security.

Why wouldn’t they? Their products (insurance, annuities, stocks, bonds, loans, CDs, savings accounts) will continue being in high demand as long as we’re never satisfied.

But, a destination of absolute financial independence with enough money and security to cover every single contingency for a lifetime is very difficult to achieve. You could chase it for a lifetime (and most do).

Yes, someone with 100 million dollars in the bank can pay for just about every contingency (except death!), but that type of destination is impossible for most and not worth it for others.

My view is that a big pile of money or real estate is an important destination, but it’s only part of my security. My ultimate security lies in my talents, my energy, my creativity, and my relationships. As long as I’m still thinking and breathing, those will be with me.

Plus, after reaching a basic level of financial independence, other life goals like good health, deep personal relationships, time to explore new hobbies, and contribution outside of work become more important.

For these valuable goals we need time and flexibility, not money.

So, in the end, financial independence is only important in the sense that it buy you more freedom and more room to live a good life (whatever that means for you). Be careful chasing higher and higher destinations at the expense of what really matters back on the ground.

Back to You and Your Destination

Do you have a destination for financial independence plugged into your own airplane’s GPS?

Have you calculated how much money you need to live on and what amount of investments would satisfy that need?

Are you prepared to look in the mirror and change yourself, as the captain of your flight, in order to reach this important destination?

Have you packed enough patience and persistence for a chaotic, up and down flight?

What is enough for you? What’s really important in your life? What can money buy? What can it never buy?

I wish you the best on your personal journey. Let me know if I can help. 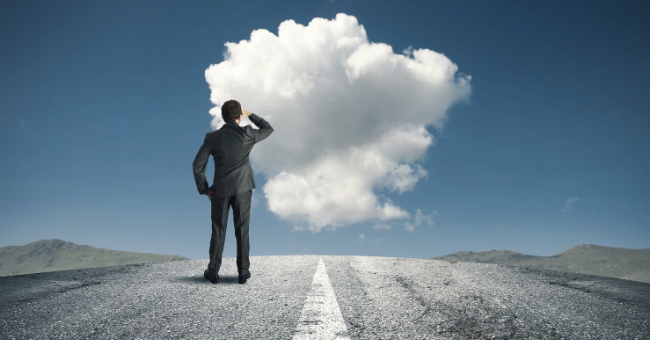