The Top 5 U.S. Cities With the Most (& Least) Residential Vacancies 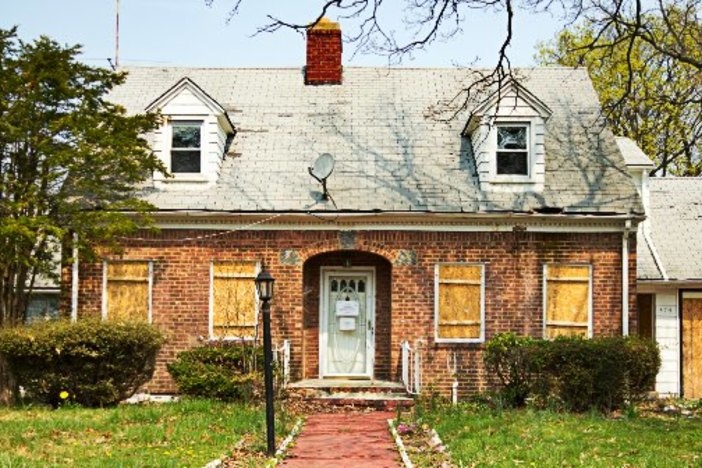 Some areas of the country are growing exponentially faster than others. Where some cities have “For Rent” signs up almost continuously, other cities don’t even have time to plant a sign in the ground — the property is already rented.

In a study* out today, RealtyTrac took publicly recorded real estate data and compared it with monthly updated vacancy data from the U.S. Postal Service to come up with the Top 5 Most Vacant Cities, and the Top 5 Most Occupied Cities in the United States.

Related: The 10 US Markets With the Biggest Rent Increases & Decreases in 2015

In a result that should surprise no one, Flint, MI and Detroit, MI rank #1 and #2 on the list of most vacant cities — and the recent lead-in-the-water crisis hasn’t even had time to affect the vacancy rate. Looks like Josh called Detroit.

For anyone who has been paying attention to real estate, the first city on this list is a no-brainer. San Jose — home to Google, Apple, Facebook, and all those other tech companies whose websites you use every day — tops the list of places where there is no vacancy.

I have a friend who lives in San Francisco, and any time there is an apartment advertised for rent, hundreds of people show up with cash in hand in the hopes they can get a place to live.

Related: 3 Factors to Study in Your Market BEFORE Buying an Investment Property

Second on the least vacant cities may come as a surprise — Fort Collins, CO. I am not at all surprised by this because Fort Collins is a delightful college town in the foothills of the Rocky Mountains. I just helped a retail client buy a house in the city (we close on Friday), and every single time we went to see a house, I would get a note from the listing agent letting me know they already had 2, 5, or 11 offers on the property, so if we wanted to make an offer, we needed to do it that night.

One important statistic to note is that with almost 85 million residential properties nationwide, the vacancy rate is down 9.3% from Q3 2015.

“With several notable exceptions, the challenge facing most U.S. real estate markets is not too many vacant homes but too few,” said Daren Blomquist, vice president at RealtyTrac. “The razor-thin vacancy rates in many markets are placing upward pressure on home prices and rents. While that may be good news for sellers and landlords, it is bad news for buyers and renters and could be bad news for all if prices and rents are inflated above tolerable affordability thresholds.”

*RealtyTrac matched its address-level property data for nearly 85 million U.S. residential properties — including foreclosure status, owner-occupancy status, and equity — against monthly updated data from the U.S. Postal Service indicating whether a property had been flagged as vacant by the postal carrier. Only metropolitan statistical areas with at least 100,000 residential properties were included in the rankings.

Investors: Do any of these statistics surprise you? What are you seeing in YOUR market?

Mike McKinzie Investor from Westminster, CO
I would like to see more than just five. Top and Bottom 20 would be much better. Of course San Jose has no rentals. The average 1,200 square foot home there cost over $1,000,000 and to rent it, cost $5,000 or more. Not a good investment, not a good rental and overall just a tough market. Of course, pay is also outrageous in Silicon Valley. I have a friend whose son just graduated from college with an Accounting Degree and he got a job starting at $160,000 a year! Sounds great until you realize he has to spend $60,000 of it on just rent! Sheesh!

Mindy Jensen BiggerPockets Community Manager from Longmont, CO
I share your opinion that the San Jose area isn’t the best to invest in.

Jerome Kaidor Investor from Hayward, California
…and rent control that is MUCH less severe than SF.

Greg Nolan from South Berwick, Maine
Really Manch Vegas has that few vacancies? Not from where I am sitting.

John Barnette Investor from San Francisco, California
Curious what they are in a confusing but intriguing investment location like Tampa Bay area? Not suffering from declining population, no major industry (for better and worse seems pretty diversified), decent affordability for both owners and renters, still overcoming the issues of 2004-2008. And yes the Bay Area is like that. Don’t need to run a 5% vacancy factor and our weather generally doesn’t lead to as much capex (outside of earthquake or fire or landslide – small stuff like that). But cost ratios are prohibitive to cash flow generally. I think a good market to 1031 trade into with a fat equity position looking to primarily make appreciation but also increasing rents. Any Tampa people? I was just there and pondering investing from there down the coast through Naples…not on the beach.

Mark B. Engineer from Allentown, Pennsylvania
I’m interested to know more about how Lancaster made the list. I’ve only been through the non Amish areas a few times and I was driving so I didn’t see much of it, but I don’t quite see there being a huge rental market there?

Gabe Sanders
Thanks Mindy. I am a little surprised at a few of the entries in the top list.

Dan Heuschele Investor from Poway, CA
Detroit at 5.3% is second most vacant which still means that 19 of 20 are occupied. I think that is a pretty good second worst. If I cash flow on each property a 5.3% vacancy rate would not be that substantial (depending on amount of cash flow). Look at the lowest vacancy rates. The 5 best have vacancy rates of 0.3% or better. That is 3 vacancies in 1000 homes. I realize the rents are high in the most of those markets but I am surprised they are not even higher. If I was in those markets I would set my rent at 10% above market and still expect it to rent quickly. If it took me a month to find a tenant instead of a day I would recoup my vacancy cost in 10 months and then be ahead every month after. So I am making the unusual claim that rents are too low in those market and that the demand dictates higher rents should be collected.

Brian Russell Real Estate Agent from Jacksonville, Florida
I thought Santa Monica, Ca could have made the list. High rents and low supply are a fact of life in West LA.