3 Unnerving Signs a Recession Is Coming 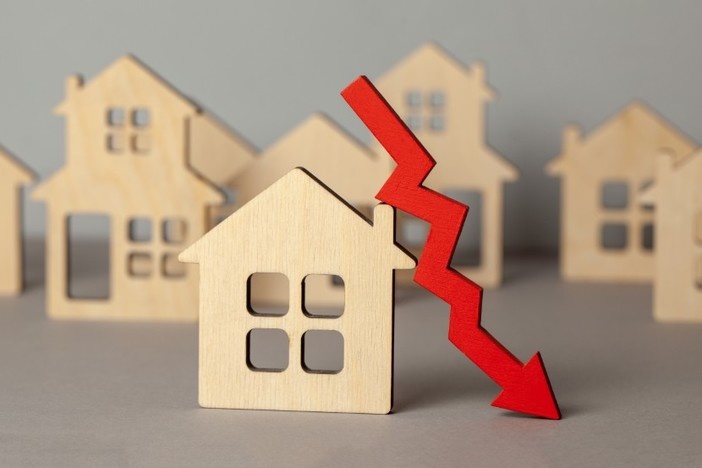 Experts often use baseball as an analogy for where we are in any given real estate cycle. For a new cycle, we might be in the first or the second inning. As the cycle moves on, we might be in the top of the seventh. If a cycle seems to be going for particularly long, some might claim we’re in “extra innings.”

But anecdotes aside, how can we determine where we are in a real estate cycle? More specifically, what evidence do we really have that a real estate recession might be on the horizon?

Signs of a Recession

1. We’re in Phase III of a Real Estate Cycle

Since 1800, the U.S. real estate market has run its course in a remarkably predictable pattern, with cycles lasting about 18 years on average (with some notable exceptions). Harvard professor Teo Nicolais explains that cycles can be divided into four quadrants:

The last cycle lasted from 1990-2008 before the massive collapse during the Great Recession, 18 years on the nose.

There are certain statistics worth looking at when trying to understand whether we’re in Phase III of the real estate cycle. You’ll want to monitor things like apartment vacancy rates. Are they rising or are they falling? How long are properties sitting on the market before being sold?

What’s happening in the construction industry? Is there a lot of new construction or have new starts been declining? A good way to evaluate these datasets is by looking at year-over-year comparisons at both the national and regional levels.

Related: When the Next Recession Hits, You’ll Be Happy You Did THIS Beforehand

The Yield Curve Is Flattening

Why is this such a big deal? Consider this: Banks borrow at short-term lending rates and lend at long-term rates. The greater the difference between the two, the more profitable it is for banks to lend. When banks stop lending, new construction grinds to a halt and the economy can spin into a recession.

A more definitive sign that a recession is coming is when the yield curve actually inverts. An inversion is generally a sign that at any moment, a real estate bubble could burst.

Another indicator that a recession could be on the horizon is when we see home sales start to decline. In advance of each of the last three recessions, real estate lingered on the market and often experienced tremendous price cuts before being sold. In particular, we want to look at single-family home sales when looking for evidence as to whether a recession is on the horizon.

According to William Emmons, an economist with the Federal Reserve, single-family home sales are a more reliable predictor of economic growth (and decline) compared with other housing indicators. This is because other metrics are national in nature and don’t reflect whether the deterioration is affecting all regions.

Emmons recommends single-family home data be evaluated in conjunction with other indicators that a recession may be looming, specifically noting the Treasury yield curve as one indicator that has a remarkable track record for forecasting potential downturns.

Related: 9 Ways to Survive (and Thrive) During the Next Market Crash

Nobody can say with exact certainty when the next recession will hit, but these indicators can help investors understand whether to expect a downturn in the not-so-distant future. This is not necessarily a reason to panic. In fact, some of the most lucrative investments are often made during economic downturns. The fact of the matter is: investors must remain cognizant of where we are in the real estate cycle and manage their portfolios accordingly.

How have recessions affected your real estate investing, and how do you prepare for the next one?

Wenda Kennedy JD from Nikiski, Alaska
I not sure about the 18-year cycles. I know we had one around 1973, 1980, 1990 and then around 2008. I was in college in 1973 and then I got my RE license in 1976. I was in Los Angeles for the 1990 recession and it lasted almost the whole decade. Our mantra in the real estate business was "Stay alive 'til 1995." 1995 came and went -- with no relief. It was a very ugly market during those years. My experience is 8 to 10-year cycles. Yes, I too watch where the RE cycle is. I used to think that downturns fell out of the sky like a car full of hell. Now I know that they are just the regular ebbs and flows of the market forces.

Douglas Larson Rental Property Investor from Salt Lake City, UT
Good observations Max, and I do think a recession may come soon, but real estate markets are local. In my area (Salt Lake City, UT) real estate sales are not declining and supply is still tight compared to demand. We are seeing the usual, seasonal slowing as we enter the holidays but transactions are about what they were last year, and the year before that. My biggest fear is the lending side. If we see the stock market tank (very realistic) and a tightening of lending, real estate will see some real weakness. Still, people have to live somewhere! Affordable, cash-flowing SFRs are always a safe bet. If there is an area that is looking potentially overbuilt in my area it would be condos and smaller townhomes. If demand (and/or lending) sees any kind of hiccup, I would not want to be heavily leveraged in that space. Same for the higher-end market like SFRs over 700K.

John Underwood Investor from Greer, South Carolina
Real-estate is still a sellers market and they are building like crazy in my market. Based on my area we are no where close to Phase III.

Christopher Smith Investor from brentwood, california
These predictions are always 100% right with the benefit of hindsight, otherwise not so much.

Andrew Syrios Residential Real Estate Investor from Kansas City, Missouri
Economic predictions are usually a fool's errand, but it's hard to see how we have much more than a year left at most before the next recession.

David Pizzi
There are a lot of familiar talking points here, so let's talk through each one: 1) Phase 3 of Real Estate Cycle Wouldn't matter if we were in Phase 8. Economic and Housing recessions come and go in various shapes and sizes. The next housing recession could be a cumalative 10% drop and then restart the "Phase" clock again. Does one want to be sitting on their hands waiting for that to happen? 2) Yield Curve Flattening We don't really know if this is an issue yet. Sure we hear a lot about it from the bond market, but the equity market continues to rise, corporate debt is not out of control, interest rates are low and inflation is tame. 3) Home sales are declining This is more of a function of property values across some regions, but not all. I'd rather see a slow decline to let some risky forward valuation slowly let air out of the balloon than a 2007 like balloon pop. Austin just saw its highest home sales on record in October. Housing sales has become a more regional focused barter because corporate homebuilders are being cautious and tight with their money and how it's spent. Land is also much more expensive than before, paired with much stricter zoning and city approval timelines. My two cents - recessions can be big and they can be small. The word invokes fear and loathing, but it takes A LOT more than the above to cause a recession. All we can do is know how, where and why we invest like the back of our hand and make sure we're always poking holes in our investment thesis.

Doug Leedy Investor from Fort Lauderdale, FL
As you can see, the economy is changing. You need to change too. You're kidding yourself if you think real estate agents will be immune to that change. I was in the industry for over 40 years. The biggest mistake I made was not investing in the very industry in which I made my living. Learn from my experiences and don't let that happen to you. Any good financial planner will tell you to diversify your income. Suppose there is a way to do that within the real estate industry? So, let me paint a picture for you, a picture that is the very definition of wealth. This is your Life Plan. • You are a successful Realtor in the top 20%...Probably 6-figures per year in commissions • You buy one house every two years to rent, 10 houses over 20 years...that's retirement money. • You own several smaller duplexes or triplexes. • You own two apartment buildings, managed by a management company (minimal headaches for you). • You pay off 30-year mortgages in 5-10 years w/no cost increases • You do one flip annually with a $20,000-$30,000 minimum profit OR you partner with numerous clients to flip multiple houses…OR BOTH! • You acquire a number of tax liens, tax deeds, notes and/or mortgages • You have commissions from a separate marketing opportunity totaling, say, $10,000/month...another 6-figures per year. • You have additional overrides monthly from the marketing program. • Your kids own a couple houses each within their own self-directed retirement accounts, in addition to being on your payroll, learning responsibility, budgeting, discipline and the real estate business. You have created a Family Legacy Think you can’t do this? How do you eat an elephant? One bite at a time! Here's a stat for you: approximately 74% of the wealthy 1% that we hear so much about have attained their wealth through a combination of business ownership and real estate investing. This Life Plan offers both. You need a Life-Plan and a vehicle to get there. You determine your goals…We develop your plan…I'll show you your vehicle. Think about all this. Timing is everything, and right now is the opportunity of a lifetime! Get yourself positioned to take advantage when the next big buying opportunity comes around. 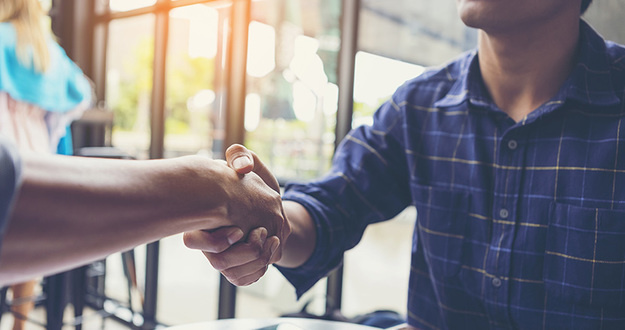 Glenn and Amber found a monster deal by looking on a listing service other than the MLS. What’s even better, after purchasing, they discovered there was even more acreage to the property than originally thought. And by turning that extra acreage into buildable lots, their profits went through the...

END_OF_DOCUMENT_TOKEN_TO_BE_REPLACED 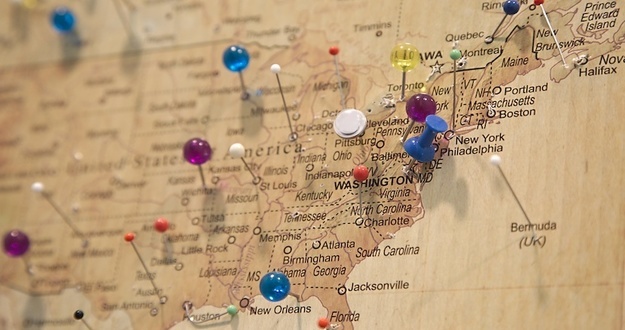 Looking to Invest Out of State? Here’s How to Pick and Analyze a City

Want to invest remotely? Better do your due diligence! Learn exactly how to best analyze and choose a city for maximum cash flow here.

END_OF_DOCUMENT_TOKEN_TO_BE_REPLACED 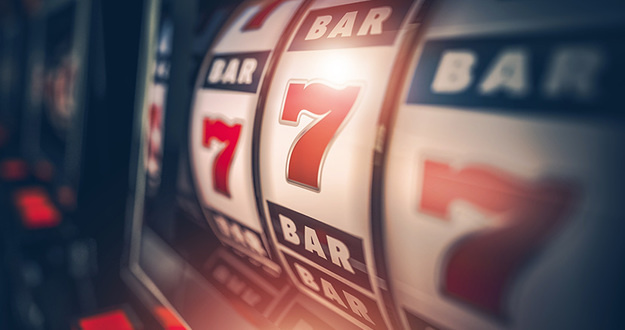 4 Ways It’s Possible to Speculate in Real Estate (& How to Make Sure You’re Investing Instead!)

After starting off so well, why did I fail in investing? Was I really investing? Or was my investing more like a trip to Vegas without the dancing girls?

END_OF_DOCUMENT_TOKEN_TO_BE_REPLACED 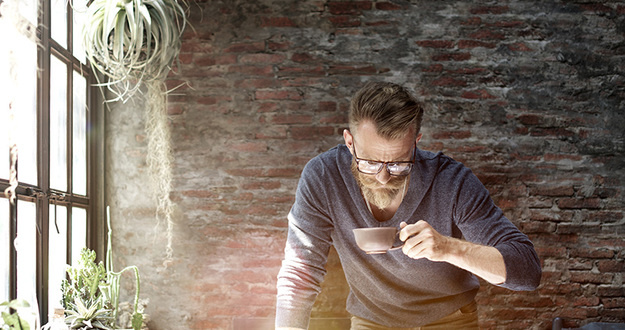 6 Metrics You Must Know to Identify Great Investments

Access to investment options is also at an all-time high, so you may have already jumped in or are close to it. But before doing so, I’m going to break down the metrics you need to know and use to differentiate a risky or OK deal with a GREAT one. Here’s where to start.