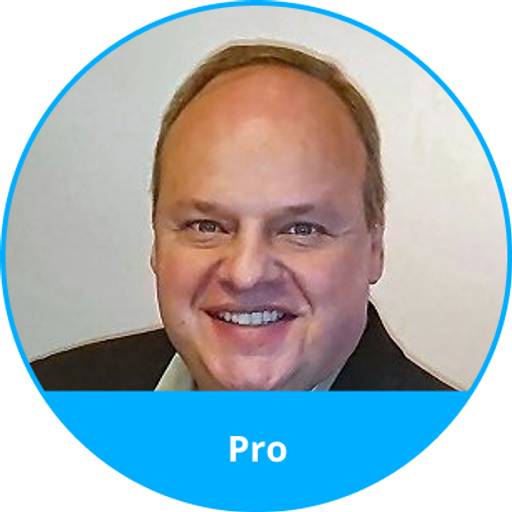 Part of what I do throughout the year after the annual auctions are over, is that I create my auction results spreadsheets and start sorting and filtering the data. I can figure out what my competition did in the last auction and use the previous year results to help me make better bids for the next auction.

For example, I created a pivot table of the final results from the 2012 Coconino county tax lien auction and listed by bidder the total amount of liens each bidder won, the number of liens they won, the average of the winning interest rates they won and the average lien amount. 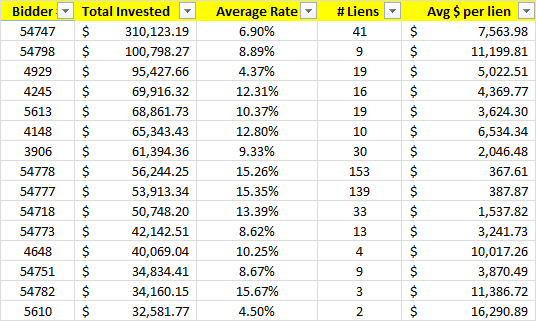 Some things to note;

This makes sense since the lien amount is based on the amount of taxes owed. The higher the taxes owed, the more valuable the underlying property. There would be more competition for valuable liens, thus lower rates would be bid in order to win the lien.

Where there were a single digit of number of liens purchased in the top 15, the rates were lower than the rest, and the average lien amount very high.

Again makes sense since these are the top 15 entities in terms of dollars invested in the county that won liens. Note the one exception; Bidder 54782 near the bottom. That entity won 3 liens, average lien amount was high $11,386 - but the average rate is a whopping 15.67%. This is a bidder I would go back to the spreadsheet and analyze each purchase. The type of property for each lien, where the properties were located, etc.

Again, just some analysis I do to get a feel for my competition for the upcoming Arizona tax lien auctions.