My first wholesale deal - in 23 steps.

Hi Everyone, Welcome to my first Blog post. I decided to start this blog because so many people would say something like "I did a Direct Mail campaign" - HOW? Where did you start? Who did you use?" Well I'm going to document my first wholesale deal and try not to leave anything out. Please don't be shy, reach out with questions even if you think they're dumb. Chances are they are not dumb, so ask away.

My First Wholesale Journey...Wow was it different (more) than anything I had read or heard! Here's what I did soup to nuts!

1. November 2014. Opened a mail box for my business and designed business cards and bright yellow “We Buy Houses” cards.

2. Researched areas. (probably could have done a better job at this but I settled on my little home town and the town next door in CT).

3. Created an account with ListSource and figured out parameters for my mailing list. Decided on Absentee Owners, 2-5 bedrooms, 60-100% equity. This gave me 376 addresses - I told you small towns.

4. Ordered my list from ListSource. (It came as an Excel Doc)

5. Designed a postcard because I was feeling poor and they’re so much cheaper to print and mail. Basically my “We Buy Houses” business cards plus some empathetic copy on back.

6.Uploaded my postcard front and back and my mailing list to Vistaprint. They printed and mailed the piece. Make sure you add your name to your mailing list so that you receive one! Total cost of mailing including buying list – 68¢ a piece. (interesting - this is exactly double what the postage costs for a postcard). You could address and stamp yourself by hand but Vistaprint printed, addressed and mailed it for 15¢ each - in my mind a no brainer.

7. Nothing I could do now but wait for calls!

8. Four days later I received my postcard in the mail. It was horrible! I am a graphic designer by trade so I am picky but by any standards, my postcard was terribly smudged. Looked like printer's rollers were dirty. NO CALLS

9. After Thanksgiving, I picked up the “Undeliverable's” from my business mail box – all smudged! I called Vistaprint. They were amazing! Without hesitation, they offered to re-print and re-mail my job.

11. A week later at 10 at night I’m at a restaurant with friends and I see my phone light up. I run to the restroom, answer. My first call! The woman says she has a condo and is fed up. She needs it gone. I get the address and tell her I’ll call her tomorrow. I'd like to point out that this was my ONLY CALL OUT OF BOTH MAILINGS!

12. I run home and research all I can on the place – condo in affluent neighborhood, 2 bdr., 2,400 sq ft. biggest unit in complex. Ran comps through Zillow and called a realtor friend who said units have to be very high end or they don't sell. I call the woman back and leave a message that I’d like to see the condo. No reply. I wait until after the holidays.

13. In the mean time I call a friend who is a newbie and wants to flip. He’s excited about the possibility if I can get this woman to set up a meeting.

14. Early January I finally get a text from her that she and her sisters would like to show us the unit. We went in as a “Rehab Team” even though I was technically wholesaling it to him. There were 4 sisters and they had been through the ringer on this place. Mom fell ill moved out, they rented the unit. A month later a pipe bursts and floods the place. Outside wall pipe so HOA’s responsible. HOA sits on it for 8 months before doing work leaving sisters with a unit they can’t rent. They refuse to pay HOA fees until it's fixed. HOA starts foreclosure proceedings. They need to hire a lawyer to help them out of the mess. They just want OUT. My rehab friend hears the HOA fees are $605 a month and decides he’s out. Too much for his first time out.

15. I go home and spin numbers and text the sisters that I’d like to discuss price – NO ANSWER! I text once a week – NOTHING. Then once every few weeks - NOTHING.

16. April 2015 I get a text “What can you offer us on the condo?” I had calculated ARV conservatively at $310K. The place is in good condition but all low end. Kitchen and baths are guts and it needs hardwood throughout. Even high end units are sitting for 90 days. I email her and break down my costs to justify my low offer. I choose to be completely transparent. I show them everything. Rehab breakdown, holding costs, profit. I offer $175K and hold my breath. 2 weeks later I get an email “Can you do better?” I offer $180K and tell them I can’t go higher. I stuck to my guns because I was more afraid of being one of those wholesalers that gets a deal that rehabbers don’t think is really a deal than I was of them turning me down! They accept – CRAP! NOW WHAT DO I DO??? I start to panic that my generic purchase and sale agreement isn’t going to cover me so I call an "investor friendly" attorney I met through the REIA. He says he can draw up an agreement in a day. I send him my needs and my concerns and 3 days later he still hasn’t come through. Now the sisters are getting anxious. I’m going to lose this deal before I even get it! Upon probing he admits he's never worked with a wholesaler before. Finally he faxes me the contract which is 8 pages long - 8 PAGES! It’s 4:30 and I’ve promised it to them by 5 pm. No choice but to send it!

17. A week later they agree but don’t want the assignment clause (which I need, after all I'm a stinking wholesaler!) and a 10% down payment - I can’t come up with $16,000! I finally get a sister on the phone and explain it is to her benefit to have the assignment clause because it allows me the freedom to find someone else to close if my guy is tied up on another house (remember, my friend and I originally present ourselves as rehabbers so she doesn't know I'm a wholesaler). She sees the logic and agrees to the assignment clause and also agrees to $2,000 down which is all I have in my bank account.

18. It’s important to point out that during all this craziness, they have been trying to track down the HOA docs which I have to read before signing. Finally I do my own research and get them myself. No clauses about “No Flipping” and all non-owner occupant clauses are about “Renting” so I’m in the clear.

19. I HAVE A DEAL UNDER CONTRACT, NOW WHAT??! Luckily, I have been attending 2 different BP meet-ups monthly and have been telling people all about this deal. One BP member has been very generous not only with advice but with his time. He made me an analyzer that I LOVE. I tell him about the deal and we go over the numbers. He says it’s a better deal than I thought. New comps show ARV at $340K and that I should be selling the contract for more than I was thinking. He said he’d buy it for $15,000 leaving him plenty of profit.

20. We tour the unit twice and he gets me an assignment contract from another wholesaler and we’re now under contract! Time to celebrate right? WRONG!

21. HOA’s HAVE ALL THE POWER! You’ve heard it on the podcasts and in the blogs and it’s true. HOA’s can really suck! It is the seller’s responsibility to supply the buyer with the HOA’s resale documents and in the state of CT, HOA’s have the right of first refusal. These documents can cost upwards of $500. I wasn’t going to burden these sellers with this since they’re already burned out, so I did the research through the management company myself. I asked the managing agent what else we needed to close. Luckily this complex didn’t need the right of first refusal so we were all set. I bought the resale docs and forwarded them to the buyer. Done right? Ahhh, it’s never that easy!

22. The night before closing, I get a call from the buyer saying that the HOA won’t sell to us because we’re not owner occupant. But I say the the bylaws stated not allowed to “RENT” more than 20% of units and the management co said we were fine. NOPE. In 1990 there was an addendum that stated “No owner occupants over 20%” Closing is put off and we wait – the whole deal hangs on the HOA’s decision to let this go through. I contact one of the sisters and ask if she has any pull with the HOA given what they put her through (erroneously starting foreclosure proceedings, not doing work etc.) – 4 days later the HOA approves!

23. AUGUST 3RD 2015 WE CLOSE! It’s also interesting to point out that as a wholesaler you are by definition an outsider. The buyers attorney doesn’t want anything to do with you. Everyone in their office doesn't understand why I'm not a realtor. Many attorneys have no idea what a wholesaler is so getting info on anything from either side for me was pulling teeth. After the walk through on the day of the closing, I still didn’t know when and where the closing was taking place. Come to find out with four sellers the sellers attorney ended up getting signatures over the last week and sent everything to the buyers attorney so there really wasn't a physical closing. I figured out that it’s the buyers attorney who pays me so I called them. It took the paralegal a while to figure out who I was until she found the assignment contract. Closing was 3 days ago and I am due to receive my check today. No check. I called the buyers paralegal and she says she "Spaced and sent it regular mail instead of overnighting it like I had asked. With any luck, I'll receive it tomorrow.

My first mailing went out November 16, 2014 and we closed August 3, 2015! I could have had a baby in the same amount of time! That said, I figure I put in about 30 active hours into the process. $500 an hour is better than I have ever made in my day job and I learned more than any book could ever teach.

Whoever said “Fake it until you make it.” was brilliant and right! I realized that I wasn’t really faking it, I was pulling from many things I do in other parts of my life. It’s really just creative problem solving on an intense level. If you’re starting out, just get out there and do it! To quote Brandon “Don’t just learn, TAKE ACTION!”

Good luck to all. I hope my journey helps! 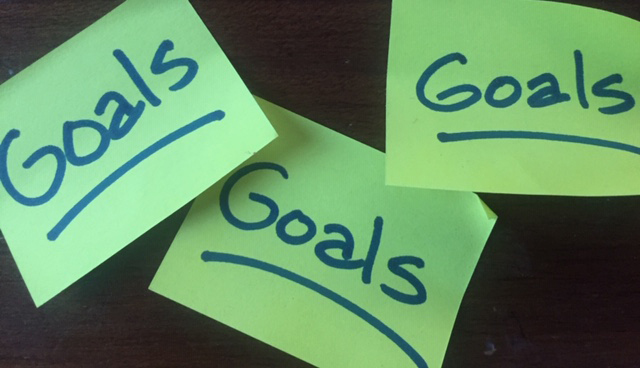