It's Not The Critic Who Counts: Handling Criticism of Your Business 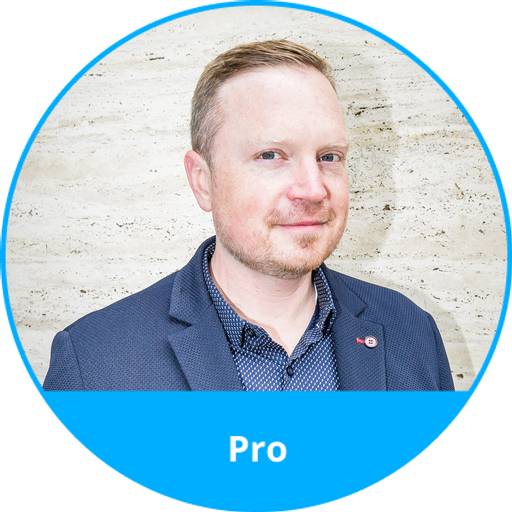 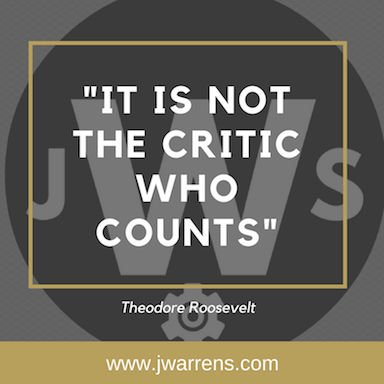 There you are: two days ago, you sent out your first batch of marketing letters, to 200 property owners in your city. Today, the phone rang; you were so nervous, you let it go to voicemail.  You listen to the message later and find it's a person politely asking you to take them off your list. Bummer, but no problem, you think to yourself.  When the phone rings next, you build up your courage and grab it on the third ring. On the line, you find a seller who *might* be interested in selling and is willing to chat with you--you're pumped!

Soon, the phone rings again. You pick it right up, and then it happens.  The person on the other end of the line has come absolutely unglued.  They can't believe you'd have the nerve to send them this letter.  If their house was for sale, there'd be a sign in the front yard, jerk.  You're just like all the rest of them--a lowlife trying to scam people and steal properties for pennies on the dollar.  You should be ashamed of yourself.

This, my friends, is entrepreneurship--welcome to the most important first inflection point of your young entrepreneurial career.  This is your moment: are you going to be able to withstand the beginning of a constant onslaught of criticism, doubt and skepticism? Or are you going to throw in the towel? Because I can assure you, this is NOT a one-time occurrence.  This is reality in the world of blazing your own path, of going against the mainstream way of living, and of pursuing what you want in life.

It Is Not The Critic Who Counts

Theodore Roosevelt once delivered a speech called "The Man In The Arena," in which he dropped some of the absolute most insightful, comforting and encouraging words I have ever heard--I think of them weekly if not more often:

“It is not the critic who counts; not the man who points out how the strong man stumbles, or where the doer of deeds could have done them better. The credit belongs to the man who is actually in the arena, whose face is marred by dust and sweat and blood; who strives valiantly; who errs, who comes short again and again, because there is no effort without error and shortcoming; but who does actually strive to do the deeds; who knows great enthusiasms, the great devotions; who spends himself in a worthy cause; who at the best knows in the end the triumph of high achievement, and who at the worst, if he fails, at least fails while daring greatly, so that his place shall never be with those cold and timid souls who neither know victory nor defeat.”

Boy, do I love that quote.

Criticism Comes In Many Forms and Many Contexts

I wish I could tell you that a once-year angry seller phone call is all you need to learn to handle.  But the truth is you need to get your mind right and your callouses developed, because the headwinds of ongoing criticism will find their way into your world in many ways, and will present themselves in many different packages.  Here are a few I've experienced in my entrepreneurial career.

The Real Problem With Criticism:  Self-Doubt

So why is criticism a problem? Frankly, it's not a problem in and of itself. Where criticism becomes a problem--potentially a big one--is when it causes self-doubt.  And let me assure you from personal experience, it's very easy for criticism to morph into self-doubt.

When that banker reviews your loan package and then calls to say "sorry, we're not comfortable with the way you do business," (i.e. "we think you're shady") it's easy to start wondering, "geez, maybe I AM shady?!" That voice in your head--the one we all have--starts to take over.  It tells you there's probably a good reason why what you're doing is not mainstream--because it's wrong or unethical.  It reminds you how good it feels to be liked, and how bad it feels to be questioned.  It makes you feel dirty, ashamed and embarrassed. In short, it makes you consider quitting.

How To Handle the Inevitable Criticism, and Squash Self-Doubt

If you are going to live an entrepreneurial life, try to buy real estate, and make your own way in the world, it's not a matter of "if" you will face criticism and self-doubt--it is absolutely, 100% inevitable.  It just comes with the territory. Your goal should not be to try to avoid criticism, but rather to develop your own way of handling it as effectively and as expeditiously as possible.  What matters most is that you learn to take it in stride, don't let it over-affect you, and most importantly stay on your course.  Here are a few tips on how to do this.

Criticism and the impending self-doubt are inevitabilities when you're leading an entrepreneurial life.  Don't fear it; embrace it.  When people are criticizing you, it usually means you're on the right track; you're doing something worth noticing.  Keep your focus, keep your perspective, and most importantly....KEEP GOING.