What Joe Rogan’s Unimaginable Success Taught Me About Life 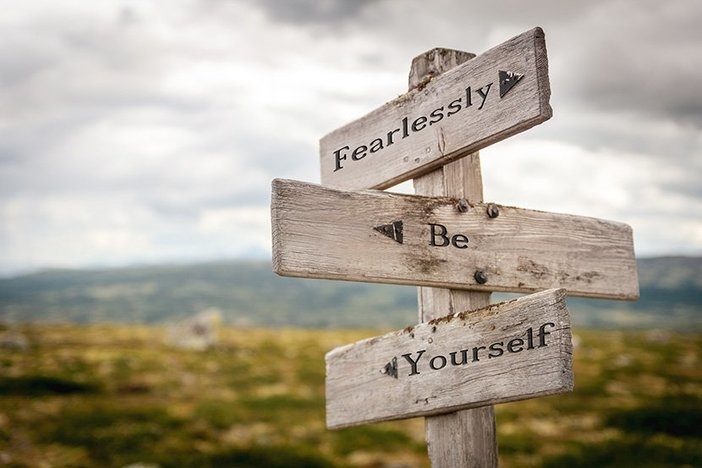 Webster’s dictionary defines the term Renaissance man as “a person with many talents or areas of knowledge.”

During the Renaissance, this term referred to famous names like Leonardo da Vinci. Men like da Vinci not only created magnificent paintings but also made major contributions in science, mathematics, music, and beyond.

In modern times, however, people are told to specialize in order to succeed. But there is one man who seems to have broken this mold: Joe Rogan.

Being Good at More Than One Thing Can Serve You Well

Joe Rogan is a contemporary Renaissance man in every sense of the term. When uttering his name, a litany of occupations and interests may come to mind. Each depends on how you heard about him, yet his name holds weight across many communities.

Joe’s titles include things like comedian, UFC announcer, TV personality, podcaster, the list goes on. At first glance, thinking about the gravity of his success in various arenas of life seems daunting. How can one man be so good at so many things?

Upon further investigation, it turns out that Rogan has unlocked a simple truth forgotten by most—be yourself.

The article could stop here given the magnitude of their importance. It’s so simple, but for some reason, American society has moved toward defining ourselves based on occupation. When someone asks what you do, your natural inclination is to explain your job.

When someone asks Joe Rogan this question, he could simply say something to the effect of, “I’m being myself and getting paid to do it.”

Rogan’s ascension to success has been eye-opening on many fronts. It’s about time we start taking some lessons from him by getting back to the basics. Here’s why you should just be yourself.

We Are People, Not Stereotypes

Does Joe Rogan fit a stereotype? Probably not. His interests vary from hunting to UFC to comedy and beyond. Perhaps the most admirable quality that comes to mind is that he’s very comfortable being himself.

Oscar Wilde said it best, “Be yourself; everyone else is already taken.”

Think about your own personal interests. Consider the way you dress, the music you listen to, and all the other intricate details that collectively define you. Even so, people tend to mask parts of their personality. As social creatures, it seems like humans feel the need to fit a certain mold.

But the truth is, life isn’t as black and white as we try to make it. There are always shades of gray.

So many people struggle to apply this concept to their own lives. In many ways, your personality can remain unchanged after coming to terms with the idea of being yourself. Nothing can change who you are as a person; what you can change is the way you present it to the world. Rather than hiding it, try just being exactly who you are—don’t conform to a stereotype.

Related: 4 Books to Help You Adopt the Entrepreneurial Mindset

You Can Make Money Following Your Passion

On Joe Rogan’s podcast, he interviews people in various fields. Guests include athletes, doctors, and everyone in between. With such a wide range of interests, you’d think it would be hard to build a following. Nope—his podcast is ranked No. 1.

In fact, he recently signed an exclusive contract with Spotify for $100 million. Who says following your passion can’t be profitable?

With technology changing rapidly, few jobs are really as secure as they appear. People pigeonhole themselves into careers and become their work. Even if you prefer the security of a full-time job with benefits, you need to branch out. Not only can you get paid to do something you enjoy, you might even be able to build a career out of it.

In his book, The $100 Startup, Chris Guillebeau interviewed successful people who decided to freelance or strike it out on their own. As the title implies, these people did it with little to no startup costs.

We live in a day and age where people get paid to play video games and, in some cases, become even more popular than professional athletes. If that’s the case, you probably have a marketable talent that would not only make you money but would make you happy. It’s worth looking into.

Be Willing to Learn From Others

Joe Rogan has made a career out of having conversations with interesting people. Each episode of the podcast, he brings on a guest and has a conversation with them. It's clearly unscripted and natural; it sounds like two people having a good time. His genuine interest in learning from others and sharing it with the world has made him famous.

Unlike Rogan, many people remain closed off to new ideas.

Our cell phones hold more power than the computers that sent man to the moon. If anything, society now has more knowledge at its disposal than ever before. Even so, we tend to hold onto our ideas and then fact-find to affirm our points. This is most commonly seen in politics, especially in the post-2016 election world.

What if we became active listeners and started hearing what people were actually saying rather than thinking of a response?

Each person brings something interesting to the table, a unique perspective. By listening to them, we can learn more about new topics and perhaps more about ourselves.

Joe Rogan is a contemporary Renaissance man. His diverse interests coupled with undeniable success have proven that you can be yourself and still succeed. Just be yourself.

Have any podcasts inspired you?

David Pere Rental Property Investor from Oceanside, CA
Well written Kyle, I like Joe Rogan, and you did a good job of encapsulating why!