It's not quite a rehab, but it did take some work. So, calling it polish instead of rehab. I found this deal advertised on the Milwaukee REIA weekly e-mail. The guy I bought it from had bought it along with two other properties from a retiring landlord. He didn't do any work to this one, just put it up for sale as he bought it.

It's a 750 square foot, two bedroom ranch with full basement, and a two car detached garage.  Recent cement driveway and sidewalks.  The hardwood floors in the BR's, hall and LR were refinished but show plenty of staining in the wood.  Kitchen floor was old worn out vinyl, kitchen counter was damaged and grubby.  Cabinets are in decent shape but showing their age.  Bathroom is pretty small as you would expect for a house this size, but in good shape other than the grout needed to be fixed and the tub recaulked.  Half of the windows are newer vinyl, and the wood ones that are still in the house are in good shape.  The furnace and water heater were both 20 years old but appeared to function ok.  Ceiling showed water damage around the chimney and under two of the roof vents thanks to completely failed flashing around the chimney and failed roof vents.  Roof in general looking pretty shabby.

$3,850 New roof on house (garage roof is newer), covering holes where square top vents were and putting a ridge vent in.

$2,000 New furnace after finding the heat exchanger was cracked

$200 three yards of dirt to correct grading around the foundation

$200 plumber to replace gas valve, fix leaky drain, replace p traps in kitchen and address a couple other concerns I had

I spent about 30 hours of my own time buying materials, stopping by to manage workers, and doing some minor work myself.

At the moment it's on a line of credit at 3.99%.  This house along with a couple others will get cashed out with a blanket loan in a couple months, with the funds paying off the line of credit so I can buy more houses with the same approach I used for this one.  This is the third house (and leas expensive) I've bought in the last 12 months.

I used Postlets and its syndication to other sites and a craigslist posting to market it for rent.  Signed a lease this week, tenant is moving in today.  Collected $1k security deposit and rent is $795.  Tenant pays all utilities, water and sewer, and is responsible for snow and lawn maintenance.

I expect to replace the water heater and replace the chimney with a B vent in the not too distant future, and there are some beautiful huge trees on the property that are healthy now but will be expensive to take down when they do die. Other than that, i've got a new furnace and 30 year roof on the house. I think my estimate for maintenance and capex is pretty good. I would use 10% vacancy if this was a duplex, but it's a single family and I took ten applications in a week, and had another 20 people who wanted to see it when I signed the lease. In Wisconsin, for November 1. This is my first two bedroom SFR, and I was worried that it may not attract as good of a tenant as a three bedroom. So far seems like this is a non issue.

I'm pretty happy with how this one turned out.  I was hoping to get a few years out of the furnace that was in the house, but was not at all surprised that I had to replace it.  Other than that, the numbers worked out within a couple hundred bucks of my estimates.

Thats awesome!!! We are doing a cash out refinance now. If all goes well it should allow us to buy 8 and 9

Congrats! That's a great sign it's so easy to rent at this time of year  :-)

Sounds like a sound investment and a great long term cash flow. Congratulations! 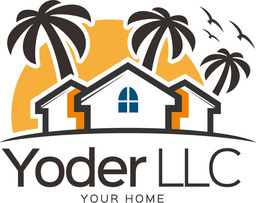 Awesome Peter! Do you mind if I ask what neighborhood the property is in?

Thanks for the positive feedback everyone.  Now that this one is up and running I'm looking for another one!

@Moises Guerrero it's on the northwest side, between Villard and Silver Spring.

That's what's up!  I guess I should rethink this whole "duplex or better with 3 bedrooms only" thing.