as the worst state in the US to conduct business. As ranked by Chiefexecutive.net 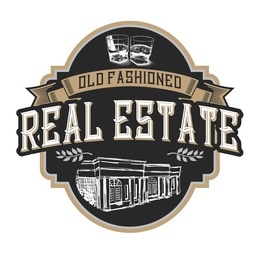 Worst state to do business in, but the best place to live. Regulations, taxes, cost of living, low wages, and the list goes on, but we do have the beach and the weather. Every state except for one, Rhode Island, has a lower unemployment rate. Isn't the basic economic support system for real estate, JOBS????? The politicians in Sac need to ge their act together. I consider myself an independent, but when pete wilson was around the budget was balanced. Can't we use his budget? With tragedy come opportunity, and when the economy thrives again, investments now should be flourishing later.

Unfortunately, the Democrats have been running California for 60 years, it is what it is, so aside from voting to change things, we need to make the best of it! California is a HUGE state, with incredible natural resources, from the northern end with Mts. Shasta and Lassen. Lake Shasta with 365 miles of shoreline, on the coast we have the Redwoods, in the central part of the state there are beautiful wineries, there's the bay area, in the eastern central mountains there's Yosemite, then the valley with hundreds of thousands of acres of prime farmland, and southern California with beaches, amusement parks, sports teams, cultrual centers, etc. The coastline stretches hundreds of miles from north to south and we have the desert!

California leads the world in new technology, medical research, and many other things.

Many parts of Caifornia will always offer good investment potential. Other parts are depressed with some of the highest unemployment in the country, but will rebound. No other state can boast of having as much as California does! Southern California, especially Orange County is one of the brightest spots in the country in regard to value. Though California has issues, I would never think of moving anywhere else... so please, don't knock our California!!

Hello from Sacramento. Yep, things aren't great, but as a live long Sacramentan is see more opportunities than ever. Let's innovate or die trying!

California isnt for the fearful

CA is a terrible place to be a W2 wage slave... but if you have some brains and ambition it is one of the best places on the planet.

I LOVE living in CA!! I've lived A LOT of other places and I can't find anyplace I like better. If you ignore the news and just live your own life you'll be a lot happier. I've never been a W2 worker here so I can't say remark, but as self-employed worker I'm happy and I love being able to take my lunch runs on the beach!! Can't beat that!

I just got back from San Jose and the weather was freaking awesome. Apparently it is like that year-round pretty much.

The business climate in Kali sucks though. There are plenty of folks that used to live there that are now occupying Austin. Hopefully they'll leave their politics at the border.

Politics aside, ahem...can't imagine not living here. I'm a 2nd generation Los Angeleno, and I don't usually take kindly to California bashing. ;-) Not many places on earth that you can actually ski, surf and hike the desert in the same day (if you can maneuver the traffic of course). And spending XMAS day at the beach is pretty awesome too!!