Is This the Beginning of the Next Housing Crisis? 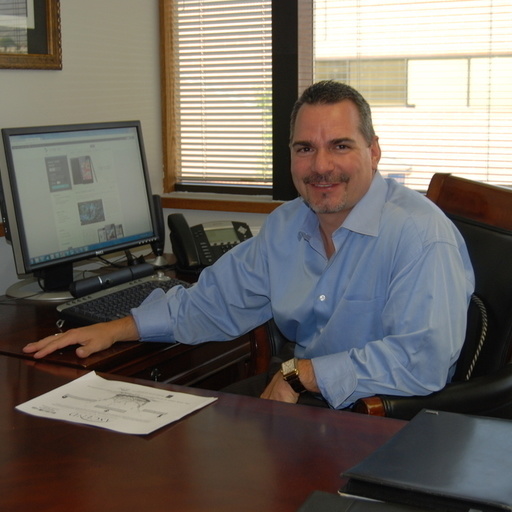 WHAT?! Detroit isn’t at the bottom anymore?

Americans are realizing something is wrong with the system. You can see it this year with the rise of outsiders in both political parties. People are starting to believe many of the systems are rigged. We are seeing evidence that millions are mobilizing and taking action instead of sitting on the sidelines doing nothing; many are voting with their wallets. The number of renter households has increased by 10 million over the last decade while net home-ownership has been stagnant. People are electing to not put large sums down for a primary residence loan as much as they thought to do in the past. The bailouts were supposed to help American families but what happened is that many were kicked out of their homes (for missing payments) and then giving them to banks that also missed much larger payments (too big to fail). People got a quick education on how things work. This is why the home-ownership rate fell dramatically yet somehow, homes sold to investors (Like we have been advising you to do) and now rents are at all-time highs while incomes are stuck in neutral. This is a major (unless you have been doing as we have advised now for 6 years) problem and people are taking notice.

Will this become a crisis in American housing?

Zillow has some really good research on the topic. You would think that rising home prices and rising rents would be a sign of more families buying. Yet it is more of a sign of continued manipulation in the market. It is also a sign of outside money, either from big investors, Wall Street, or foreign money pushing up values and crowding out regular families from buying. The Fed has set the stage. By creating a low interest rate environment, big pools of money are hungry for yield in nearly any sector. 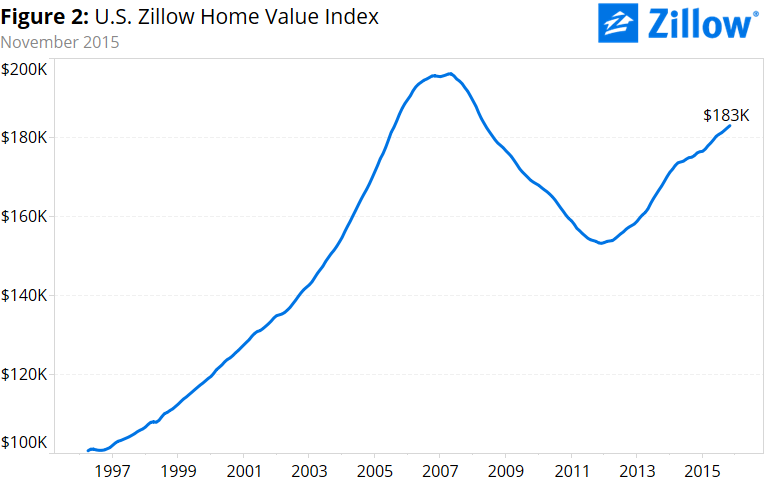 I hear many experts state that there are always cycles in real estate as well as the economy, well this chart is starting to look very familiar. The trend is clear and at least in the short-term, prices seem to nearing a plateau.

It is certainly being reflected in rents: 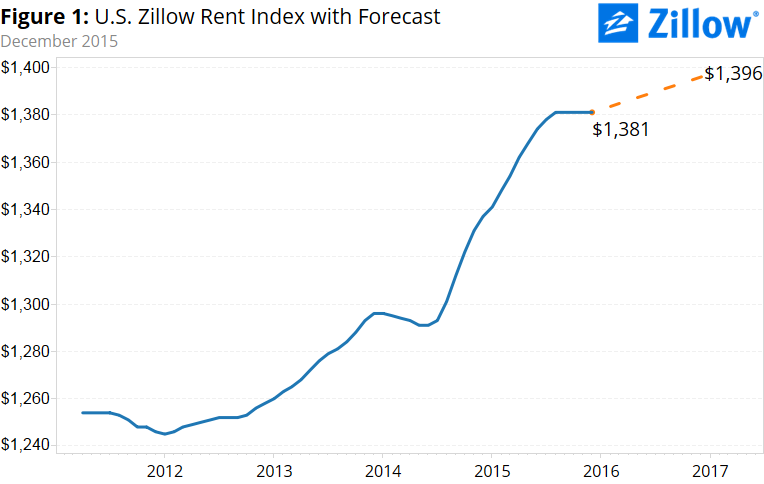 Do you believe that for most people incomes are rising at these paces: 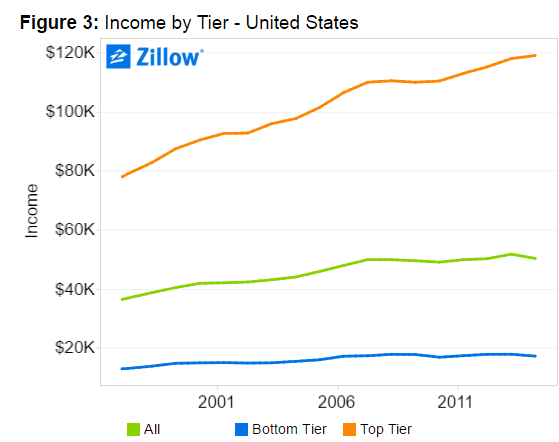 I am still in shock at how much home prices have gone up even though income should be the driving force in sustainable appreciation; Incomes absolutely matter for the economy. It is naive to say otherwise. In fact, this is a big reason why so many people are voting for outside candidates. Many people simply feel the American dream slipping away.

In the San Jose area, for example – the epicenter of booming Silicon Valley – the current median income is $99,897 per year, almost double the U.S. average. But even with that healthy paycheck, San Jose renters can still expect to pay 41 percent of their monthly income on the area’s median rent, up from 26 percent historically. To get that share of income back to historic levels in the San Jose area, the median renter renting the median apartment would need to make $158,283 per year, a hypothetical raise of more than 58 percent. We’re guessing most bosses, even bosses at the area’s famously generous tech companies, would laugh at that kind of raise request.

And San Jose isn’t alone. Even in a relatively more affordable market like Chicago, where rents consume “only” 31 percent of monthly income, the typical renter would need an almost 23.6 percent raise – from $62,935 currently to $77,784 – to get that share back down to historic levels of 25 percent.

The average raise needed to get the share of income spent on rent back to historic norms (across all markets where the current share needed is higher than the historic share) is approximately 21 percent.

And Zillow also looked at the price to income ratio:

Notice how things got all out of whack starting in the 2000s? This is when housing turned into a speculative asset class right along with hot tech stocks. At this point, we’ve hit a wall and that is why the home-ownership rate has hit a generational low. It is also looking like rents are hitting an interim high (we have been telling you this would happen now for 6 years in a row). There is only so much you can squeeze out of the market when incomes are stuck. And since we have millions of new properties converted to rentals, what happens when the economy hits that first hiccup since early 2009? If your income dries up, no rental money is going to come in. And we now have 10 million more rental households than we did a decade ago.

The manipulation in the market is a problem because builders are reluctant to build even though price signals and demand would suggest otherwise. They look at demographics and income figures and realize people simply can’t afford homes at these prices. There is still a housing crisis in America. All it means is that more income is being sucked into a largely unproductive sector of our economy. What we have been suggesting is to focus on markets where price to income ratios are in line and employments has room for growth. There are many factors to consider when trying timing real estate investing yet many of you that live in California, Las Vegas, Colorado, New York, etc. are begging me for more quality opportunities and I suggest be very careful there.