WHAT?! Detroit isn’t at the bottom anymore?

Where to invest, finding that right balance: Opp & Affordability 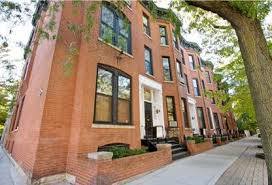 What is going on Chicago?

First I wanted to apologize for not getting a more recent report out to everyone; it has been one busy few months and I would not be honest in saying I had the extra creative energy to put a proper update to you.

I have been in love with the Chicago area for many years despite the horrific winters. Yet I have rarely invested in that market for several reasons I will mention below.

The Case Shiller Index is one of the better long-term measures of housing price changes. It looks at repeat home sales so you know what you are tracking versus say an area where new home sales are jacking prices up while old stucco homes lag the market. The deal of the month crowd is obsessed with buying simply because they lack other investment options. Housing may or may not be a good deal. Housing in many areas of SoCal are unjustifiably overpriced. However, in many parts of the country it is a good (to great) deal, and you need some expertise to sort through all the facts. Yet all markets are not created equal. In the last month, Chicago was the worst performing housing market even edging out Detroit. Chicago is an amazing city but their political system is fully twisted. Taxes in Chicago are extremely high the pension system has mega problems, and I hear from investors that say you still need to bribe like old world mafia days to get anything done. Bottom line, buying a home in Chicago is risky given all of these long-term issues. And the market is taking notice. Let us look at the short-term best and worst performers.

I have many followers in the SoCal market asking me “why is SoCal doing so well still?” despite the building inventory in some of SoCal there are other areas where building permits are nearly non-existent. I just do not see any growing inventory. Places like Los Angeles and Orange County are seeing big jumps in inventory, this is simply not happening in San Diego and other supporting cities. Since people are creatures of habit, are tied down by work commitments, or family and society pressure to buy, those feeling the itch to buy in their loins are going to do so regardless of market timing. People buy largely because of emotions. They also go broke because of emotions.

Let us look at the latest Case Shiller figures: 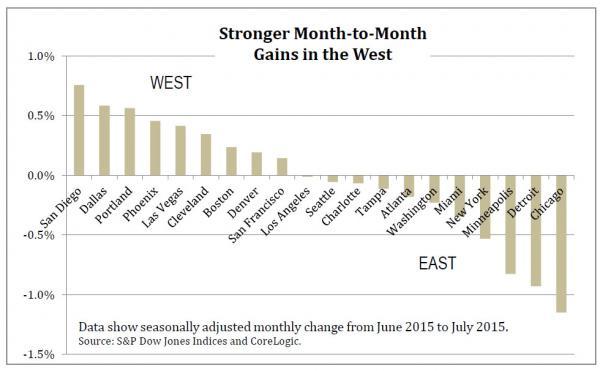 San Diego, Dallas, and Portland lead the way in terms of monthly gains. San Diego makes sense because of the low inventory available and the house lusting California culture. Dallas is under-priced and with the out-migration of Californians, prices have room to grow there especially if rates remain low. Portland continues to draw outsiders despite anti-California rhetoric.

Los Angeles dipped. Yes, the unstoppable LA has been faltering. Could it be because people spend 50% of their incomes on rents or 40% of their income on old stucco beaters? That could be one reason. Or it could be the start of a reversal since California is perpetually in a boom and bust cycle.

But look at the worst performers. Minneapolis, Detroit, and Chicago. Chicago by far was the worst performer in what tends to be the kickoff months of the summer. Keep in mind the Case Shiller data is a few months behind because escrow closing and sales data isn’t reflected immediately on a sale. This is why the latest data out is looking at July figures.

What is going on in Chicago? 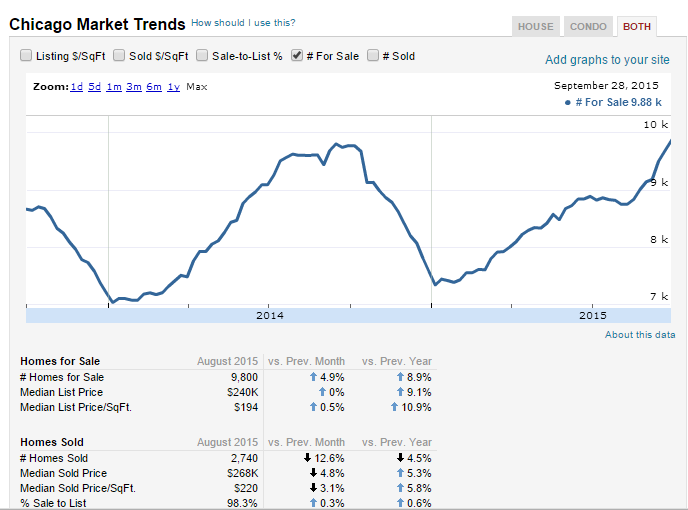 The median list price of a home in Chicago is $240,000 which will buy you a home in “Straight Outta Compton” in Los Angeles. Don’t believe the non-stop hype that buying a home is a no-brainer. You have to run the numbers. The market is frothy and young professionals see their parents massively in debt and their ultimate aspiration was to leverage their entire life into a crap box. These parents now see their kids coming back as adults to live in the home. Many young tech workers need flexibility and mobility. Many can’t afford in San Francisco for example. That is okay. Then you have people saying “well I built up so much equity since I last bought” as if they are using that money. You don’t get that equity until you sell and that kind of rhetoric makes you a speculator. There are many better investments that can provide a better yield if you used a bit of research. But the pervasive propaganda of buying a home has left many desperately trying to buy even though there are alternative options.

The above list should also show you that not all areas are created equal. Booms and busts don’t happen uniformly. But the fact that in Los Angeles so many people are stretched thin on the renting and buying front suggests many are walking on an edge again. The minor slowdown in the stock market is already impacting the housing market as it enters the slower fall and winter season.

I am still a strong advocate of purchasing investment rental properties in the Right markets, at the Right time, at the Right price; I know what you are thinking “Gregg this is a no brainer with any investment.” …true, however if you want to see your retirement dollars grow to be able to support you and the ones you love there needs to be some strong analysis followed by massive action. We will never see this opportunity again in our lifetimes. I was able to purchase properties in 12 cities just 3-4 years ago that have all doubled or tripled in market value while collecting large monthly rental income that can never be duplicated.

The window is closing in most major markets I believe to duplicate what was done over the last several years, however with our help we can help you find the last few that can make your retirement healthy again.

May 9, 2016 Is This the Beginning of the Next Housing Crisis?