I am new to real estate and I am currently saving up for a down payment on a small multifamily to house-hack for a year or two. I am having an issue though, and perhaps it is just that at the time, there are no real "deals" for my area. However, here is the problem...

Most of the properties I am looking at, when renting out the other half, would break even on cash flow, or run me around $100-$150 in the negative each month. My question is whether or not this is acceptable, seeing as how I would still be gaining equity in the house per month, while taking what I would normally be paying in rent myself and putting it in the bank.

Does anyone have any experience with this situation? I tried looking through earlier posts on the forums, but wasn't able to find an answer to my question. If anyone has any advice or experience, I'd really appreciate some advice!

Hey Eric. I'm a buy and hold investor in California who invests in properties out of state. I have no experience in house hacking but what are your current expenses? I ask because if you're currently paying  100-150 per month to reside anywhere than what's the difference? There's actually only a positive difference and that's the fact that you're living somewhere for 100-150/mo and you own the property that you live in? If you don't own your current residence but are paying more than 100-150/mo then my common sense says you're winning. Again, that's coming from an investor who doesn't house hack at all. But it makes sense to me to live for a little bit of nothing in a property that's building equity, paying off the mortgage and that you can in a year or two pull out some equity to purchase the next piece of property to do all over again. Then you have the opportunity to put a tenant in the door to replace you and at that point you'd be profiting and on to your second property.

Anyway... Those are just my thoughts on the matter buddy. Happy Investing

Given the facts that (1) I could get into a property for a measly 3.5% down, which would free up cash to invest in other places if I so chose, (2) I was already throwing away rent every month such that I could still be cash flow negative of $650/month (what I was paying in rent) and still be better off because a portion of my monthly payment would be building my equity and the rest would be tax deductible, and (3) I'm in my 20s and have the time to take a long-term view of appreciation potential, it was a no-brainer to go the FHA 4-plex route in Los Angeles, despite the fact that it is one of the most expensive markets in the country.

One thing to keep in mind when looking for an FHA owner-occupied triplex or fourplex is that 85% of the market rents on all four units need to cover your monthly payment (principal, interest, taxes, insurance, and mortgage insurance). This is known as the self-sufficiency rule. It only applies to 3- and 4-unit properties (not SFRs or duplex) bought using FHA financing. I put together a spreadsheet here to help potential house hackers quickly analyze whether or not a property qualifies. There are other FHA requirements concerning which you should contact your local lender, but determining whether or not a triplex or fourplex meets the self-sufficiency rule is a good place to start as this rule will immediately eliminate many properties from your search, especially in expensive markets like mine.

Oh, wow. Thank you both so much for your replies. I hadn't thought of the situation from that side of things. I suppose I got so caught up in needed positive cash flow I didn't take the time to consider that even if I am still forced to "pay" rent, I would still be building equity I could draw upon later and living for cheaper, if not the same, amount of money.

I suppose I just needed to hear someone else say it before it clicked in my mind that, yes, it was an acceptable situation.

Thank you Ivory and Logan!

In short, always analyse house hacks as if you didn't live there.  Many people even pay themselves rent and apply it to principal reduction or savings.

The main advantage of owner occupancy is much more favorable loan terms as Logan A. pointed out.

Like William said analyze the deal as if you were not living there but had a second renter in place. After ALL the expenses (taxes, insurance, vacancy, utilities, maintenance, cap ex, HOA, Mortage ect) would it still cash flow an acceptable amount with two tenants? For example if you buy a duplex for 130k and your Mortage including taxes and insurance is 750 per month and rent on one side would be $600. You would be paying much MORE than $150 mo in negative cash flow because you must cover all of the long term expenses as well as the $150 of the Mortage. Would $450 cover utilities, maintenance, cap ex, vacancy, HOA, ect? Just pointing it out because I have friends all the time that see rent that is higher then their Mortage and assume that means that they would cash flow. 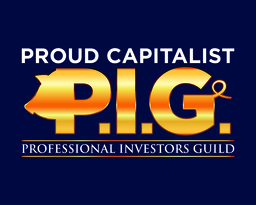 So in all, I carry a fixed 38.3% fixed expense cost of gross rents for the building.  Then I pull in the energy and water cost to run the building too, which puts me right around the 50% rule I suppose.

For house hacking, ask your insurance agent to run the numbers to see what it will be like when you ARE NOT LIVING there as your rates will increase.  Include that in your analysis.

Can you lay out your numbers and show us how you are calculating you are negative cash flowing $150/month?

Thank you both for the comment on analyzing it as though it were to be rented out to another tenant. I hadn't actually considered that point. That would change up the math I was doing a lot.

I was basing it off of the calculations I did with this property on the BP Calc. I went ahead and assumed $4,000 in closing costs and I looked up last years taxes which were at $1,497.93 and then using your percentages (which where higher than what I used before. I used 5% across the board for vacancy, repairs, capital expenditures, and property management. This time I used 10% for repairs and capital expenditures) as well as estimated the water bill at $120 a month, insurance at $150 (I actually have no idea what insurance would run me) and garbage at $50 a month. The future assumptions I left at 2% for each.

I entered rental income at $1,100 per month ($550 per unit). With the increased percentages, it looks like even if it were fully rented at $550 per unit it would still run at a negative of $167.96 per month. (Sorry, I just realized I did not put that I assume a 3.5% FHA loan at 5% interest). So, it looks like that property would be an absolute no go unless I could get the price lower.

Nice, those are pretty conservative assumptions, but nonetheless BP always recommends atleast $100/door of cash flow with those assumptions.

I've got an FHA loan here in Cinci at 3.75% interest rate so that's something you could change in your assumptions.