How's everyone doing? I am a 20 year old newbie, and I have a question for everyone. If you had the chance to be 20 all over again, what are some thing you would do differently ? What are some things you shouldn't have did or that you should've did ?

If I could do it over again I would figure me out before getting involved in serious relationships. I would know what my plans for life were, and a general idea of what actions I would take to get there.  And of course then I would take action! At 29, I have now figured all that out and gotten started, but I feel like I'm starting really late, and it's a lot harder to get it done with a spouse and 5 young kids to take care of. I know, I'm know, 29 isn't that old and I have plenty of time, but it's all relative, right? ;-)

Hope that helps, and have a great weekend!

When I first started investing I thought I wanted to be a licensed agent also. As I progressed through my first dozen deals I partnered up with someone. We collectively decided that we'd be licensed but not do any retail work i.e. we wouldn't list or sell homes for people.

As I became much more experienced and saw how easy it can be if you have a good client who trusts your expertise to make money on commissions I changed my tune. I feel as though I've thrown away hundreds of thousands in commissions because I wanted to be known as an "investor".

Not saying it's what you should do, it's just a mistake I made. 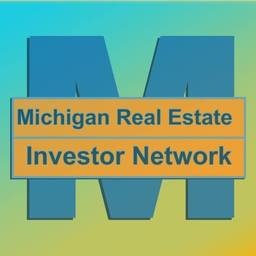 @Natalia Collini thanks for the insight. I think it's always good to hear from others past experiences. It's better to get started late than never, and to me 29 is not late at all. Hope all if well and you have a good weekend also.

Thanks for the input. My dad wants me to get my license and right now I'm weighing the pros and cons of it.

I asked for all opinions, not ones that just specify to me. So thanks for sharing with me one of your mistakes. It may just save me hundreds of thousands one day.

@Malcolm Darensbourg first I commend you for having the maturity and foresight to ask this question.

I bought my first property (primary residence) when I was 23 but did not continue to buy investment properties till a little later. In retrospect I would have sped that process up.

I would also sprinkle in overseas travel. Try to find time to travel the continents. It will open your eyes and help you put things in perspective for many years to come.

I wish to God somebody would have made me read "Rich Dad, Poor Dad" at 18 years old, I made my 11 year old son read it....After high school I joined the Military because I really felt that I had no other doors that were open to me. It worked out, I am 10 years in, 10 more to go and I am retired....But, after learning what I know now from reading on here and reading "Rich Dad, Poor Dad" I had other doors I could have went through...

Its not how much money you make, or what your occupation is, its what you do with that money...I could have easily grabbed two jobs and started off investing in mobile homes right there around my town that I grew up in, and eventually worked my way up to residential housing...Mobile homes are so much more cheaper to get into and they are very popular around my hometown...

I currently have 4 properties and plan on grabbing one more house before I start paying them down. I own one home free and clear and it will help me pay the others off. There is nothing like having some help when you are trying to pay down debt... I would also have ensured that I had plenty of cash reserves for each house before I moved on to the next one. I was so focused on growing my empire that I didn't put anything back and used credit cards for some things (I am out of that debt now). I have now stopped growing and plan on building each account for a good reserve (5-10k) and paying the mortgages off one by one using the snowball effect.

Hope it works out for you!

Thanks for the replies everyone. Greatly appreciated.