I'm wanting to house hack, but I have a little family, so I need my own space, and the multi-family in my area are too expensive to cash flow right now.

I'm thinking of getting a single family home, with a mother in law apartment with a separate entrance, living in the basement, but eventually renting it to two families as an unofficial duplex.

Are there any cons to this, other than paying by own utilities?

Well, for starters you may be breaking local ordinances. Aside from that, if your personalities just don't mesh, but you've given these people a lease, you're stuck with undesirable people living with you. Also, when you move, you're going to be insuring it as a SFH (since it's not legally a duplex) but renting it as a duplex, which increases risk. Something happens and it wouldn't be unusual for your insurance company to refuse to pay on the basis of fraud.

First thing to do is see if there's any legal prohibition to making it a 2 family home. If not, you can go from there.

I've been shopping in Salt Lake area recently and I agree . . . they are a bit shocking!

As to your question . . .   I think the biggest con is what you've already highlighted: space and the inconvenience associated with a higher density of people in a single family home, even with the extra space that the MIL apartment brings. However, that's why it is a "hack."  Most people will see this inconvenience and say, "oh, well that would be tough; I'm out!"  That's exactly why it is a powerful strategy and if you're willing to live with that reality for a while, it can help pay down your mortgage and build equity at an accelerated pace.

Potential complications with having two leases running legal dwelling, though, seem to be when it comes to evictions.  Someone doing the Scott Trench-style "rent the rooms and sleep on the couch" approach would know how multiple leases on the same property holds up in official ways better than me. 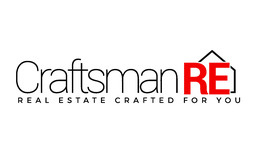 @Monica Davies  I think this is a good strategy for you to get into a rental property and be able to save money on your mortgage.  I have a client who is building a new home with a separate entrance in the basement just to be able to rent it out and help cover the mortgage.  The numbers are pretty apealling.  There are definitely some downsides to renting out both spaces in the future, however.  I actually dug out an entrance in my own home and finished my basement to use it as a short term rental recently.  My initial thought was that I wouldn't have the same tenant living underneath me all the time, but that I could increase my monthly cash flow with a reasonable amount of money invested.  I just think if it is your first rental property and it gets you into the game, then it is really worth giving it a shot!  Best of luck and I am happy to help or give tell you about my experience so far anytime.