San Francisco is definitely a very unique market.  I'd love to hear the podcast have someone on that can speak about doing buy and hold in SF.  Does anyone else agree?

My advice.  Buy anything you can in San Francisco because the value will always go up.  We added 10,000 people each year to our population for at least the last four years.  We are low on inventory because we did not build for 5-6 years.  When Benioff originally wanted to put the Salesforce campus in Mission Bay.  That started all of the tech companies to relocate here. And we here started to become the hub for technology and none of that is going any where.  Just look what technology has created over the last 5 years.  There is unprecidented growth planned for the city including The Salesforce tower, 181 Frmont, Transbay terminal and 5M projects all of these creating tons of jobs and housing.  Everyone wants to be here, everyone wants to vacation here, everyone wants to invest here.

Please let me know how I can be of service.

San Francisco and the Bay Area are interesting markets. I would love to hear a podcast from someone experienced in the particularities for San Francisco.

David maybe you should qualify your comment with over a long enough timeline everything goes up. I picked up a property in 2011 in SF for 57% of what someone paid for it in 2005 and I think those owners would disagree with you. Now it is probably back up to the 2005 value and more but if landlord's recession level rents couldn't keep up with costs you could be in trouble. I feel like we have a lot of overseas investors combined with a lot of office space being built in SF and the Peninsula without enough new housing to keep up but another bubble burst like 2001 or 2008 and a lot of people could be in trouble. All that would make great topics for a show.

I did my first deal last month by buying a duplex back in my hometown in Michigan. I want to start positioning myself for my next move of buying a multifamily in San Francisco on an FHA loan. I'd love to hear what some of the more experienced investors from San Francisco would have to say.

Indeed, SF is a very unique market that is almost independent of the national RE trends. SF offers almost a complete lack of urban sprawl combined with very liberal city politics (a.k.a. stiff construction regulations) located in the hub of the growing tech industry means a strong investors market, if you can scrape up enough cash for the buy in. Frankly, I don't think you need anyone to tell you (SF podcast) what you probably already know about San Francisco RE. Just reach out to guys like Minh Le, @Jeff Pollack , Brian Burke and others who have a respected track record in and around the bay area.

Whoa!  Mentioned in the same sentence as Brian Burke and Minh Le?  Now I know I have truly "made it"!  Lol. 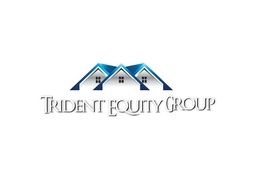 Chris NA, why being so modest? I still have a lot to learn from the newbies as well as the veterans. Newbies may not think they have much to offer. What they may not realize is that sometimes their questions will trigger an idea to us.

Arthur, I invest in San Jose, not San Francisco. Just like anything in life, you're new at one point, but if you're willing to hone your skills, you will master it. Once you have mastered your trade, don't stop learning. As my dad normally preaches to us "Learn from your victory. proper from your failure." Don't be arrogant when you win. Don't give up when we fail. Every failure is a step closer to success.

We human tend to take the path of least resistance. It's too easy to say our market is too expensive and take our money out of state. We want instant gratification. When we do that, we run into unexpected results that we weren't prepared to deal with. As Master always said "one often meets his destiny on the road he takes to avoid it."

You are living in one of the most lucrative and profitable markets without realizing it. If you're willing to spend the time and effort to figure it out, you will be rewarded beyond your imagination. As Albert Einstein once said "It's not that I'm smart. It's just that I stay with problems longer."

We are in the process of doing a cash-out refinance to pay-off our bridge loan on an acquisition we made this May.  Here is what our loan officer wrote to his underwriting manager.

"If we apply the same underwriting that I applied to my loan sizer but use the rents that were in place at time of acquisition, the purchase was made at a 3.7% cap rate. This is well below the cap rates on the market indicators for 95112 which is generally the case when a building has significant upside. The lowest cap rate on the market indicators report is 4.04%. At the requested loan amount we’re raising the cap rate 130bps and still supporting the proposed refinance value of $1.335MM which supports the loan amount of $1MM at 75%. Further, if we applied market rents to the proposed value of $1.335MM the cap rate is 6.4%, even after adjusting taxes to appraised value, which is more than 80bps higher the highest cap rate on the market indicators for that zip."

As you can see, my partner and I bought this propert at a 3.7% cap rate and brought it to 5% within 3 months. As much as our loan officer believes it has a 6.4% cap rate once stabilized, his "estimated market rents" are still $300/month/unit below what the market will bear.  This means the actual cap rate is north of 6.4%. The reason we are doing a cash-out refi now instead of waiting for another 12 months to get even more cash-out after the next rent increase is because of the interest rate risk. A bird in hand is worth more than two in a bush wouldn't you agree?  :>)

I like to compare out investment strategy with hockey: "A good player goes where the puck is while a great player goes where the puck will be." We know what we want. We don't have to get paid now. However, we will get paid much much more in the very near future. Our force appreciation play will blow out of state cash-flow out of the water by a mile. 100% ROI within 2-3 years is quite easy to achieve with minimal efforts. That's why I have so much time to spend on BP. :>)

I personally met with Jason, and I can tell you he's solid.

That would indeed be a great podcast. Even though I'm right in SF, I work mostly on the Peninsula. I came across a couple of good deals in SF but both homes had renters on "rent control", quite a tricky situation I'm not willing to get into.

Related Resources Questions About BiggerPockets and Official Site Announcements
Don’t Invest Without Understanding the Risks—Here’s What You Need to Know
Single Family vs. Multifamily Rentals: Which Investment Is Right for You?
Maximize Your Tax Returns This April With These Smart Maneuvers
How to Start Investing In Real Estate at a Young Age (or a “Young at Heart” Age)
Why It’s Almost Always a Bad Idea To Invest in Real Estate To Save Money on Taxes
Resources Read, see, and learn more!
Real Estate Investment Calculators
BiggerPockets Blog
Path to Purchase
Mortgage Loans
Find a Contractor
Real Estate Agents
Hard Money Lenders
Real Estate Listings