I have probably 10 run down mobile homes and some mobile home frames that I need to do something with. Options are:

1. Fix them up, was told only 1 was worth fixing at a cost of $5k. Granted the guy was from a town an hour away so I'm sure that factored in.

2. Have them torn down and removed cost of close to $30k.

Homes are around Travlers Rest, South Carolina and are from the 70's and 80's.

Would love to hear other options or ideas on what to do with them?

How long would it take to recoup the $30k should you remove them and have income from newer ones on the lots?

I would put an add on craigslist, you might be surprised how much demand there is in real areas for free trailers as long as they can get them moved.  As far as the one to renovate for 5k, I would only spend the money if its a decent 3/2 doublewide.  Anything less then that just wont bring in the rent.  Also, make sure that estimate includes includes any mold remediation, those things are terrible for mold....

@Mark Elliott If they're circa 70's and 80's I'd just off them the cheapest possible way you can and move on. I've had folks ask me to buy their old homes just to haul them away. When I told them "Buy it Hell", "It'll cost you 10k for me to remove and dump it" they went into shock.

There's absolutely nothing to do with them other than donate them to an indian reservation. Or in Cali we can sometimes get import dealers from Mexico to take them down South of the Boarder. Believe it or not they'd be like mansions in most places in Mexico. 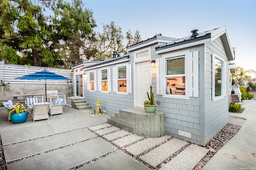 Just so I understand. You estimate $30K to remove an old mobile home? You guys are the experts, but in my limited experience my estimate was about 1/10th that rate. See also

http://junkdrs.com/mobile-home-removal-and-demolition/  and let me know what I am missing. I was going to pay labor and on-site (rented) dumpster until I found a removal company ... maybe I am overlooking something? Permits? County fees? Payoff politicians? Some counties in SC (maybe in NC too, but I was looking at a ~40 acre parcel in SC w/zombie mobile home) offer disposal services.

Not sure if this applies here but many parks will not allow pre-1976 (pre HUD) certified homes to be moved in or if already on a lot, transferred to new ownership unless removed. And some professional MH movers will not transfer older homes. Just FYI

He has done very well

Good luck let us know what you decide. I would burn them then bury them LOL.

@Chris Martin Not sure if you were commenting about 1 mobile would cost that or not.  He said there were 10 homes to be removed.  I think 30K is high myself but I think every bit of 15K-20K by the time you get it ready to move and then have a mover haul them to the dump and the dump fee.  Sure you could get a dumpster and some guys but to tear done 10 homes is a lot of work.

Depending on how bad they are I guess it would determine if they were fixable.  I have seen many 70-80's homes redone and sold or rented.  Are they in your own park as well?  If so that would be the option I would check out.

@Mark Elliott As @Bill Florence stated Pre HUD "Mobile Homes" (built before June 15, 1976) are very difficult if not impossible to relocate from park to park. Additionally, many parks, at least in Cali, won't even allow homes older than 10 years in because they want the new state of the art HUD Manufactured Homes with all the bells and whistles.

Gentrification is raging in many MH park communities in the path of progress or in a nice location i.e. beach, lake, river, mountains, golf course, resort, etc. Personally unless you're a real experienced pro and know what you're doing I'd stay away from older MH's

Depending on your locale, get in touch with the local fire department and see if their training division would like to do some practice burns.

This usually allows you to also write off the "cost" of the homes because you donated them for training.

If they are in a park, I have had luck selling them for $500 as a handyman special then collecting lot rent. A construction worker can fix it up for just a couple thousand in materials plus his own labor.

Talk to some mobile home moving companies. Many times they look for homes to offload for other customers and/or mobile home dealerships. Good luck!

Thank you for all of the wonderful ideas! You certainly gave me a lot to think about. I am trying to turn this park around and rebrand it and in the end the easiest quickest way to do that was to just have someone start tearing them down. I wanted to summarize all of the great ideas submitted though, below is a summary-

- Put them on Craigslist from @Mat McCourry- I liked this one I ended up not getting any good hits but always worth a shot.

- Just Crush them from @John Arendsen- This was a hard one for me as there is perceived value still left in the trailers but it will not be worth rehabbing all of them. And you were also right that I could not relocate the trailers.

- Try JunkDrs from @Chris Martin- This was a good lead Chris, they are primarily based in NC so their quote came in at $30k as well, still solid lead, thank you for that!

- You can’t even move the homes from @Bill Florence- Bill you are right they are “Grandfathered in” I guess and were not able to be moved so it was either crush or rehab!

- Fix them up @Mark Brogan- Great thought Mark, the trailers were too far gone unfortunately to do this, rehab costs of $5k+ for each one!

- Burn and Bury them From @Bryant Bagley- This would have been an optimal solution but the trailers are too close and the land too hilly, I like the thought though!

- I should be paying less to have the trailers removed from @Chris Martin- Chris this was a great thought I ended up negotiating the guy down to the low 20’s thanks to you!

- Call the Fire Department From @Patrick Connell- Patrick this was an awesome idea, our local fire department was not interested but they did say they have done that in the past so great call!

- Sell them for $500 each to handymen from @Keith Richard- I went back and forth on this one, a great idea for sure. The time to get the park up and running would have been longer and for me it was worth taking them down so I could maximize the revenue.

- Talk to a mobile home moving company- Rachel H. – I really liked this idea, I didn’t have any success with it but I believe it could have work had I reached the right contact.

- Being that I am in the south I also added contact a “Demolition Derby” to see if they would want them for shows but they are done for the season.

So the trailers are being crushed and hauled off over the next two weeks, now the big challenge is where do I find 25 used Singlewides cheap? I was thinking about hiring a house inspector to essentially do my legwork for me and I’d send him to the under $5k ones I see on Craigslist… Any other thoughts?

Thank you all again!

I'll be tearing this out maybe next week... along with others 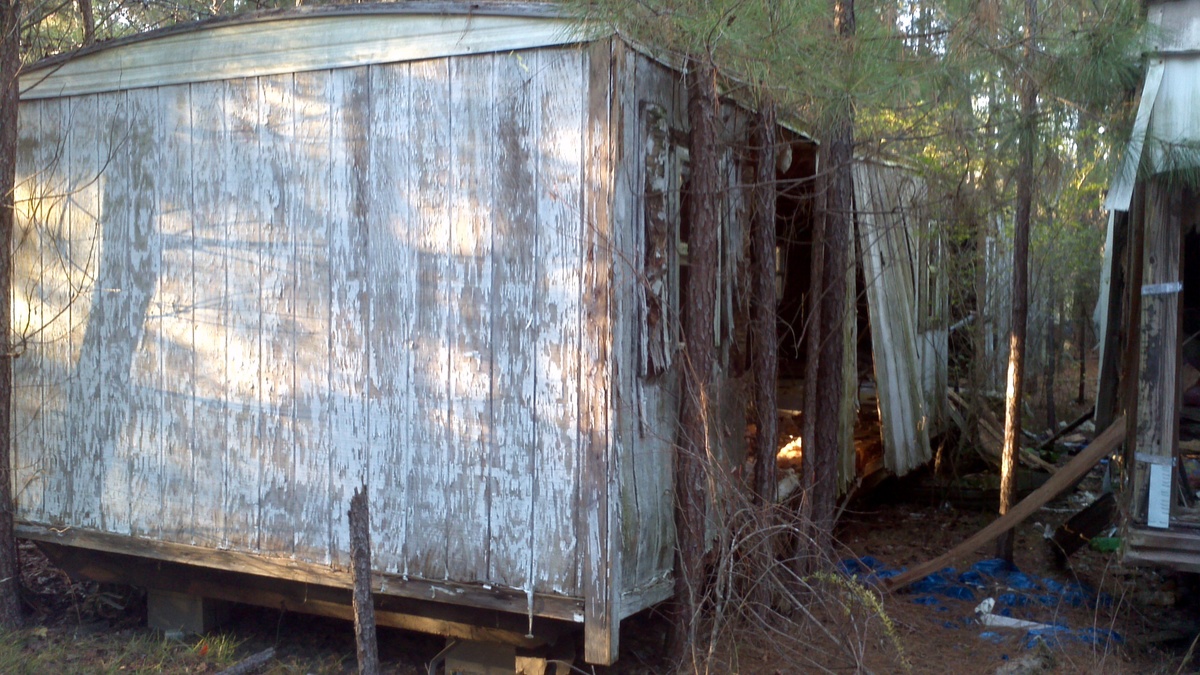