So I'm about to close on a 3-unit investment property tomorrow morning and I go check the place out tonight with my realtor for a final walk-through.

Good thing we did that.

The seller has basically emptied the basement into the backyard and is now waiting for the city's Bulk Trash Removal service to come pick everything up. This trash includes furniture, full garbage bags, cardboard boxes filled with various items, paint containers, plastic buckets, etc.

She ordered the bulk trash removal service 2 days ago, and apparently they can take anywhere from 5 to 10 days to come by and pick up SPECIFIC items from the FRONT yard only.

My closing is (was) tomorrow morning. I spoke with my attorney and we decided to postpone the closing until they clean this mess up. I'm not buying a dump. The house is in good condition, but this display in the yard is unacceptable. If it was 1/5 of the amount of waste, I would consider closing under conditions (holding escrow), but this is crazy...I'm surprised all this came out of the basement!!

My question is what would you guys do in a situation like this? Has something like this every occurred to you before? Would there be a financial reimbursement from seller to buyer for inconveniences?

I will most likely have a couple of days to think about this now, so I figured I might as well post this on the forums and see what y'all have to say about this.

Photos taken from upstairs back porch:

I'm advising you not to close.

If you wanted to you could have your lawyer write a strongly worded opinion letter about the seller's obligations under the contract hinting at suing for performance.

You are doing the right thing by not closing yet. Chances are that the yard will be cleaned up very soon because you are using the only real leverage you have.   Your seller's motivation will go way down after close.

Not knowing anything else about the situation or your motivation ; I would do 1 of 2 things-

1. Delay close until the mess is cleaned up.

I understand wanting the seller to complete the clean up before closing.  On the other hand, if everything else about the house checks out fine, I personally wouldn't let the mess slow me.  I guess I'm always very eager to gain possession of new acquisitions.  From my perspective, it's not a terrible situation.  Especially if I was getting a good deal on the investment property.

Me?  I'd close as scheduled, pay a handyman/laborer/teenager $50 to move the stuff to the front yard today, and wait for the city to remove the debris.  It's really not all that much stuff ... as I see it.  Everyone sees through different glasses.

There are junk removal services that would come and pick it up for a fee.  I would send them the pictures and get some estimates, then have the seller deposit that amount in escrow with the closing company until the bulk trash takes everything with instructions to reimburse you from it directly when you present receipt from trash removal companies within a certain time frame.  If bulk trash removal doesn't get done or they don't take everything within the 10 days the seller told you, hire the company and get your money back from escrow.   If the seller won't escrow the funds, then don't close.  If bulk trash does take it all, seller gets their money back. 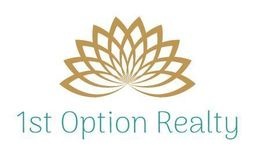 
There are junk removal services that would come and pick it up for a fee.  I would send them the pictures and get some estimates, then have the seller deposit that amount in escrow with the closing company until the bulk trash takes everything with instructions to reimburse you from it directly when you present receipt from trash removal companies within a certain time frame.  If bulk trash removal doesn't get done or they don't take everything within the 10 days the seller told you, hire the company and get your money back from escrow.   If the seller won't escrow the funds, then don't close.  If bulk trash does take it all, seller gets their money back.

Does the delay impact your plans with the property?

I think sending pictures and getting quotes from a couple junk removal services is the way to go.  The fastest closing would be if that amount is left in escrow.

If your timeline isn't impacted significantly I would offer the seller the choice of reducing the price by the amount of a junk removal service or delaying closing until after the junk is removed.

Was trash removal covered in the offer contract?

I would close with the stipulation of holding back $3000 for the cleanup.

We did it once, she was out of state & jumped at it.

We had a couple of guys @ $10/hr take it away on their own trailers.

agreed. Do not close. If they make it your problem then get more money to cover.

I assume your contract had for the place to be empty and broom clean. Leaving their junk in the yard does not count.


I would close with the stipulation of holding back $3000 for the cleanup.

We did it once, she was out of state & jumped at it.

We had a couple of guys @ $10/hr take it away on their own trailers.

We did in fact keep the balance of the $3000 for our trouble.

It depends on the economics of the deal but I personally would never ever let a trivial thing such as trash in the yard delay and possibly endanger my ability to purchase a property.  I'd close and give him a couple days and then start throwing things away.

Thanks for all the responses, everyone. Seems like the general consensus is to close with conditions/escrow.

Got a call from my attorney this morning saying the seller had a crew come over last night (working through the night? haha) and move everything to the front yard and coordinated with the city to pick up everything, at a higher cost.

So if all goes as planned, all the trash will be removed by this afternoon, and we will end doing another walkthrough and close on the property this evening.

If there happens to be any remaining items, I will definitely use the 'hold back funds' approach.

Like a lot of situations in real estate, I believe what I would do would depend on a lot of factors:

How strongly motivated is the seller and does the seller have other buyers waiting in the wings?

Is the seller getting cash at closing or not?  If so, are they in a hurry to get it?

Is there anything being left behind that is considered dangerous and/or restricted to specialized and/or expensive disposal?

Is there anything that needs to be disposed of that code enforcement could take serious issue with were it to remain in view?

I’ve been in these situations in the past and, fortunately, had most of the “cards” in my favor.  A generous escrow (i.e., one that I believe exceeded my costs to cure by at least 50% and, preferably, 100%) and a relatively short fuse for the seller to cure has worked every time (so far).  The escrow provisions gave me the money and the obligation to cure if the seller didn’t perform.  The extra money the seller has on the line is usually a great motivator.

Being a conservative investor, the one thing that would stop me from closing (even with a good escrow agreement and plenty of cash to cover the cleanup) would be a situation I considered to have a reasonable risk of someone getting injured or killed due to the nature of the material left behind and easy access to it.

Flip the problem, not the house.

Send a really strong letter to your agent with the intention that the letter is to be forwarded to seller.

Push for damages for delays or get agent to negotiate more discount. If you push too hard (grind) they may tell you pound sand (in a nice, professional way, or course).

There are a couple of things that you could have done:

1 If you were happy with the house in general, you could have put in the closing docs an escrow clause that would have stipulated way m ore than enough cash be set aside for them to do it at that later date.  If they did not do it by then atlas you would get ore than enough money to compensate for you labor.  I would have done it this way if my financing was on the line or interest rate would have changed etc.

2 Push the closing to a later date, if the financing was ok.  but stipulate that if the work is not done by then. The compensation price would be in your favor so you would be compensated.  This way it encourages them to make due on the bullets that you are extending a closing for.

3 Get a dumpster and pay someone or kids to stack in them to remove asap - get money from seller for amount of dumpster. (before closing)

4 Go to the City and see if you can arrange a pick up before then - Talk with someone and then someone above them even offer to have some help to actually load and make sure they see and know that you are the in coming owner and that you are doing this for the out going owner.

5 push the fact that you can't change your financing sometimes that works (but in your situation you are fast that)  Bigger housing you could have did a walk through a week before hand and then the day before.  You would have saw that early on.

Im assuming that you want the house and they want to sell it. Some sellers will extend a property to get interest if they said yes to an offer too fast.  Also they might not want to do the work to get rid of the "trash" and know that you want the property which gives them a chance at just walking away from it, with minimum effort.

It also seems like if you decide to walk away (due to financing, you don't want it, or you have something else that comes up)  he will be at a loss.  That is something that you could talk about if it goes past the so called City coming to pick up date.  But put in writing that you have the right to walk without loosing anything.

In all never really be in a rush

Have them knock off a thousand bucks, call a dumpster company and grab a 20 or 30 yarder and pay someone $100-$200 bucks to fill the dumpster in 1 day.  Done deal, you'll come out ahead, and you don't have to worry about wasting your time with nonsense.  Don't delay owning what looks like a great property because of a minor inconvenience and nothing 1 day of labor and 2 phone calls can't fix. 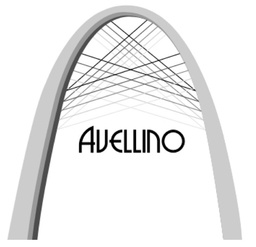