So, since something in my subconscious is holding me back from believing I can find deals with bandit signs and asking friends and family, I gravitate toward other means of scouting. Any opinions on buying rehabs from wholesalers? Any pitfalls? My passion is rehab, and wholesalers sure have a lot of messed up properties. I'm thinking that just like any deal, figure out ARV, figure out exact costs needed including debt service for the length of rehab, then... is there a basic percentage or something that is considered a good return? What constitutes a good deal>? And back to my more pressing question, do you rehabbers have good experiences buying from wholesalers?

We mainly do MLS acquisitions.

We have tried bandit signs and friends and family but we are looking to do 84 flips this year. So that option is out the window!

Typically ROI wise we look for 35% plus.

We have never purchased a wholesale deal!

Yes, there are many cash buyers who get many or most their deals from wholesalers.  Doesn't hurt to take a look at the deals they have.  Tell every wholesaler to send you their deals.

You can also check out sites like MyHouseDeals.com where wholesalers post their deals. My experience tho is often the numbers on the deals posted in our area are not good (ARV exaggerated, questionable repair estimates, etc.). However, I am not a paying member on their site, and it could just be that all the good deals went to the paying members who get them before they post on the site...

One isn't going to magically show up and just hand over screaming deals to you. You need to be a REALLY GOOD buyer to get deals from a REALLY GOOD wholesaler. Its a two way street.

1- don't believe the numbers and do your own due diligence to verify everything.

2- build a relationship with a few in the area. The more they know about the areas and types of houses you are looking to buy, the better they can help you. 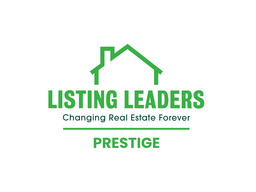 We chose to use wholesalers because of time savings for us (we focus on what we are good at) and it takes awhile for your own marketing to start returning deals.

So far our experience with wholesalers has been good. It is VERY important to run your own numbers as far as ARV and repair budget.

Think of it this way: it is your money on the line.  "Trust but verify".