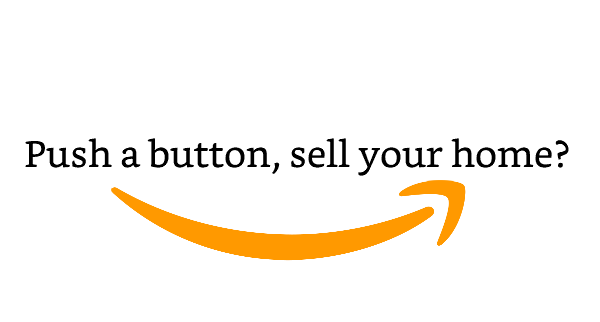 We are living during the Cambrian explosion of “push a button” products and services. Push a button, get a divorce. Push a button, get a ride, watch a movie, deliver groceries and alcohol. I personally don’t see the downside to any of this, I’ve calculated that I’ll spend a month of my life in the grocery store, not including traffic and parking. Like a medication, if we're compliant and take the prescription for shopping, mortgages, etc., we'll live longer, essentially. If we can save time AND the technology's efficiency is making it cheaper than the old way, it’s a no brainer for consumers. What's important to notice is how short the adoption lifecycle is for nascent tech. This is true across the board, for those who are neither GenY, early adopter, nor tech enthusiast. It suggests that our collective expectations have evolved - advanced by "next day", "no fees", etc. We're out growing things, antiquing them before we're introduced to the new way. So when the tech arrives, it's turnkey. This is why a push-a-button mechanism enables new entrants to cross the chasm in to the mainstream market faster than their predecessors can hemorrhage. Consider at Blockbuster’s peak, they had 9,000 stores, 60,000 employees and an $8 billion dollar valuation. They filed for bankruptcy just 6 years later. Netflix didn’t have a better brick and mortar store, they took away traffic and late fees. I loved going to Blockbuster, I even told them so on their surveys, but I had no idea what I love even more is pushing a button and immediately watching any movie with no lines, late fees or inventory issues. Even Redbox is viable simply by removing a single additional step by bundling Redbox with one planned trip to the grocery store.

In the early 2000's, motivated by a philosophy of "Power to the people", Richard Barton founded co-founded Expedia, Zillow and Glassdoor. They are all examples of data disintermediation, giving consumers access to data only the intermediaries had access to. While many middle-men were vaporized by that internet phenomenon; travel brokers, traders, insurance, etc., Realtors® and mortgage brokers have gone unscathed thus far. Contrary to what many Realtors® think they believe, Zillow was never gunning for their job, nor are they conspiring to. Seventy percent of their stock price is informed by the paid relationships they have with real estate agents. However, Zillow is led by very forward thinking individuals, and I wonder if they are hedging their bets against the uncertain future of real estate agents by piloting their "Instant Offers" program. I don't think Zillow, Offerpad or Perch instant offers could ever replace Realtors® because the offers come from real estate investors, and their margins are greater than the 5-6 percent it costs to sell a home. Although sellers can push a button and get an offer, the obvious downside is that they aren't going to retain as much of their equity. If, however, sellers could push a button and get undisputable full price for their house, this would pose very serious problems for the traditional 5-6 percent brokerage business.

This past March, news of Amazon entering the mortgage industry began to surface. HousingWire stated Amazon is recruiting talent from the top 10 HMDA lenders. Much of the mortgage industry is confused by the news and wonders why they would want to get involved in this space. Amazon aims to be "The Everything Store", but still, why mortgages? In their early days, authors and book retailers complained that Amazon used loss leaders, selling books at a loss to attract traffic to the website, which would sometimes result in sales across other verticals. Similarly, I suspect Amazon wanting to enter the mortgage business isn't about the potential profits, rather they want to capture the vast amounts of data that a loan application produces, which will ultimately strengthen their understanding of their customers and lead to an increase in overall profitability. From a lending perspective, a great time to capture future buyers is when they are thinking about selling their home, so they can purchase the next one. Amazon could feed themselves with a steady supply of loans by buying the seller's home through an affiliate so as to capture their mortgage on the buy side. Per a rider on the 2009 Omnibus Appropriations Act there’s a blanket ban on banks becoming a real estate brokerage. That isn’t to say Amazon can’t sell mortgages and buy and sell real estate, they just can’t do it under one header. Keep in mind this is not a business plan, it's a large coffee-induced thought experiment:

1.) Amazon buys the seller’s home outright, or creates an exchange and offer a long queue of investors a small return for funding the purchase.

Amazon buys your home for appraised value, less the cost of taxes, appraisal and home inspection. The cost of an appraisal may not even be necessary as automated valuation models do not involve a human inspection of the property. Data-analysis software analyzes comparable home sales and other factors to determine a valuation in seconds. There is a big Fannie and Freddie push for this. In terms of appraisal accuracy, 90 percent of appraisals come in above the purchase and sale agreement, which may suggest a bit of confirmation bias on behalf of the appraiser whereby they are justifying the contract price rather than independently arriving at the value. We're leaps and bounds away from another savings and loan crises, but still. Zillow launched Zillow Price, a contest where two thousand teams of data scientists compete for a $1 million dollar prize for designing an algorithm model that beats their benchmark accuracy when compared to real-time home sales. See the winners here. If appraisal algorithms are able to predict home values within 1 percent of the eventual sale price, this will have huge implications for the appraisal industry, as well as lending as it would save hundreds of dollars and speed up the loan process.

2.) Amazon writes the mortgage for the next house.

The sellers can purchase without having to sell their home first, i.e., no sale and settlement contingency.

Through the affiliate for a non-negotiable price but with a price reduction schedule that can also talk to their automated valuation model for continuous improvement. They could offer buyer’s agents a flat fee of $2,500, similar to what Trelora in Colorado is offering buyer’s agents. Although real estate agents have thrown rocks through their windows, their model proves to be resonating with homeowners as they are a rapidly growing company. Amazon could either deduct this fee from the seller's proceeds or call it a wash considering they don't need to pay a mortgage broker and can strip the loan of those related costs.

4.) The seller can now search for real estate through the Amazon affiliate. The affiliate can even pocket the commission on the buyer’s purchase should they choose to salary real estate agents to assist the buyer search for their next home. There's a 2.5-3% in commission that they can syphon from traditional brokerage listings until they're all gone and everything is listed through Amazon, fulfilling Bezsos' master plan of selling absolutely everything.

This perspective may seem a bit far-fetched, or that it doesn't appreciate the regulatory hurdles, and these are good points. They were good points when lobbed at Uber and Airbnb. The biggest hurdle for Amazon would be a combination of who is POTUS at the time, in conjunction with whether or not the Department of Justice would feel this violates anti-competition laws. The National Association of Realtors® is the second largest lobbying organization in the country, I suspect they would throw all their cash reserves at trying to prevent this kind of thing, but there is also a good chance Amazon's model would resonate with local governments as a way to boost the economy as not paying 5-6 percent to sell would increase a homeowner's discretionary spending money and increase the collective net worth of homeowners to the tune of hundreds of billions dollars. With the help of a little lobbying spend of their own, lawmakers just might agree with consumers that Amazon is simply ushering in a new way of selling real estate. Traditional brokerages should avoid being complacent so as not to be completely blindsided, the way the hubris of other industry leaders kept them from thinking they needed to adapt and ultimately caused them to become anachronisms.