I'm so annoyed with New York City Real Estate Investors who constantly beg me for deals, but never buy anything.  Like this 1 investor, who I've been sending stuff for over 3 years, but not once has he made a purchase. The only reason I keep sending him stuff is because he sends out an email every so often showcasing his latest new purchase. He wants me to look at what he purchased and then send him something similar. But yet, I can send him something absolutely identical, with nearly duplicate financials, and he won't even budge, let alone make an offer.

The few times that he has made offers, they've always been low ball offers, nowhere close to asking price. For example, I recently sent him a deal where the seller was asking for $1.95M. He offered $1.2M. On another deal I sent him, the seller was asking for $1.8M. He offered $1.1M. This is his pattern. And these are deals with good numbers and locations. For example, the cap rate will be 8.5, but he'll try to get it for 12. So I confronted him and said, "Why are you always so way off?  I said, "How can I do business with you if you're always putting in low ball offers?"  He gave me some ridiculous excuse about variables, and this, and that, etc.

So in the past 7 days, I've been sending him a ton of really good deals, off-market stuff that matches his inventory and criteria..... yet not a single offer. The guy is an absolute joke. I find it incredible (if not a lie) that he actually owns property. And he's not the only one. I got hundreds and hundreds of them. And they're all the same. Fake Buyers. It's to the point now, I've practically scratched all of them off my list, except for 2.  But they're hardly any different -- low ball offers and/or no feedback.

How do you deal with fake buyers? Do you keep sending them deals? At what point do you cut them off? And where can I find real buyers at, buyers who when you send them a good deal, their next response is, "When can I see it?"

This is a very hard spot to be in.  Some buyers are not real.  Just the truth of the matter.  Others like this guy you mentioned may buy things, but it's unrealistic to expect them to buy ever deal on the market.  If you're not wasting anything other than having his name on an email list, I think there's no issue here, and you just need to understand he probably won't be buying 99% of your deals, and if he buys 1, then it's all gravy. 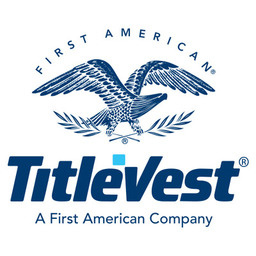 @Amar G. Are you only doing deals in NYC? I work in the city but live on LI and prefer to invest out here.