Here's the scenario - I've got my eye on 2 small properties (duplex + quad) in Northern IL .  Both represented by same company (Coldwell Banker), but different agents.  Prices are at $150k & $200K.

Question - Can I approach one of the two agents, and make an offer of $320k for both properties - letting the agents work out a creative deal to make both sellers happy?  The agent I approached would potentially have a piece of two deals, and now have an aligned incentive to help me creatively close both properties.  Thoughts?

You cannot do this. Coldwell is a large company so it's unlikely the agents even know each other's listings. The sellers have no relationship with one another so what would be the incentive to make them work together? People who are selling typically have a timeline and financial situation they're motivated by, with the option you're deliberating on it not only ties them onto the property for a longer period of time but exposes risk to the fact that they've locked up the deal with you - you could have performance issues - and tied with this other seller for a home they want to get rid of. 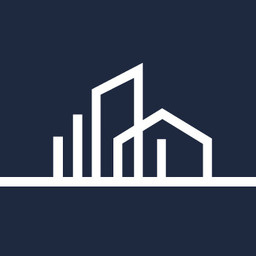 That would be really complicated in my opinion.

I wouldn't' advise my seller to accept such an offer unless they were desperate!

If you could somehow convince 2 separate sellers to accept an offer that ties them to each other, now there are 2 home inspections, 2 termite reports, 2 sets of title work, and a whole bunch of other extremely complicated issues.

It's tough enough to get to closing on 1 property with all the variables that exist. 2 would be wild. Not saying it's impossible, though. I just closed 2 properties last week where one was contingent upon the other, and I represented 3 of the "sides". That's 2 deals that had to work out for either one to work. We made it happen. But that's a different scenario.

Something else to consider. Coldwell Banker is a large company. There's one in my town. Doesn't really mean much that they are both represented by Coldwell Banker. If it's the same Agent or the same Broker supervising both Listing Agents, you MIGHT have a better chance, but I wouldn't bet on it.

Hope that didn't come across as too negative. Just sharing my thoughts if I received an offer like you are describing.

I will say I disagree with @Lien Vuong a bit here.

As long as disclosure to all parties is made (at least in my state and local). Then fire away, make something work. If agents are maintaining their responsibilities to their client, then bring an offer and lets get to work. As long as everyone knows who represents whom... and what side each party rests their head, bring it on.

Now if an agent tries to represent you and their client or goes dual agent etc, then everyone has to know as well (and sign off). However with full disclosure to all parties, it sounds like an opportunity to make a deal to me.

EDIT: I would start a conversation with a Coldwell Banker, C21, ERA, Keller Williams etc if it benefited my client even if we were both selling.