I am getting conflicting answers from people. I just let my real estate license expire. I do not want to be a traditional agent. I am hoping to get into wholesale. I am learning. Agents are telling me I need to be a licensed real estate agent in nashville to do any real estate trans as ruin where I earn money. Other people tell me I do not need a license at all. Seeking guidance!!!!

Of course agents are going to tell you that you need to be licensed. They don't want an unlicensed person stealing their business!

The short answer is no you do not need a license to wholesale properties.

IL just passed a law that I believe made assigning contracts without a license against the law. Something along those lines. TN doesn't have that. The work around is to just double close.

Not legal advice, just my opinion.

@Jaime Rosenzweig I don't see any other advantage of getting a real estate license other than having access to MLS. I don't suggest looking for properties in the MLS as it's full of intense competition but if you have plans to work with on market properties, you should get a license.

Hey Jaime! You do not technically need a Real Estate License to wholesale. However, I do carry a license as it helps with my credibility in my own wholesaling business. It also gives me access to the Nashville MLS, so I am able to comp out deals more accurately. Hit me up on messenger if you would like to chat more! Good Luck!

I was told that TREC is cracking down on wholesalers/investors in Memphis and that it is headed this way to Nashville. That if I make any money off a transaction of a home I do not own that I by law must be licensed. My real estate license has just expired after two years and I have 3 days left to reinstate should I choose. The license has cost me more money, have never earned, and I have had more bad experiences with slimy people in two years of real estate then I have had my entire life. got screwed out of 12 contracts by one of my brokers. It has been a nightmare of an experience and absolutely discouraging especially when someone sets themselves up to be your mentor and then screws you over for their own benefit. After months of discouragement I am ready to get back at it but NO i do not want to be a typical traditional agent.

I haven't heard of any "crack down" on anyone in TN. It doesn't surprise me that agent's are fighting it seeing as it's taking their business. Some of it at least. I think at some point there will be some regulation on wholesaling. There are a lot of wholesalers doing some shady stuff out there, no doubt. Then again, there are licensed agents doing shady stuff too!

I don't see how they can prevent a double closing though, which is entirely a method of wholesaling.

If I were you i'd extend the RE license. It sounds like your broker was the pain point. My wife is with Blackwell Realty. They are small and low on fees. SUPER nice people. I would give them a call. John and Christy run the operation there.

The fact that you've experienced slimy people is just part of the business. Forget about it just being limited to realtors. There are folks like that in every corner of this business.

Wholesaling isn't going anywhere anytime soon. Having a real estate license is a good thing when negotiating with Sellers. If they want way too high of a price, the best way to get that obviously is to list with a realtor. Guess what? That could be you! Now, I don't advise this as a way to get listings...that would not be ethical. But when you've built a rapport with sellers and they want to use you regardless, and you have given the proper disclosures, game on.

Also, most of your competition, and most of the big wholesale companies in Nashville have licensed agents doing their acquisitions. 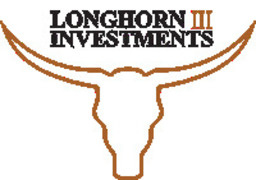