Context: I'm new to BP and new investor looking to get my first multi-family as a house hack.

I want to get some insight from others on the following situation.
Ultimately should this situation be considered a deal breaker?

During the attempt to do the sewer scope, the sewer inspector saw that there was pooling sewage water from what he could see through this little door. He also could see that along the crawl space walls a line where the sewage water levels had persisted at some point partially flooding this entire crawl space, once the ground had over saturated. He assumed a opened/cracked pipe and/or a block.

This crawl space door was too small for his camera, after pulling the toilet, he tried to snake it through where a toilet connects to the sewage line but ran into too many bends, and tried to snake it through the vent pipe on the roof and that was clogged (not fully blocked). The vent pipe is cast iron and had scales accumulated, which was causing the clog. So he couldn't really assess what the condition of the sewer line was or the extent of the sewer water damage down there, nor could the home inspector.

Also, there are no sewer clean outs.

So we've pushed this back to the sellers to fix. According to the sewer inspector, they first have to excavate to install an outside clean out, Then investigate what the issue is to then fix it, so there's no real way to know what they'll find or how extensive the problem could be. Also, there are a couple of trees on the neighbor's property whose roots would span into the area where the main sewer line runs.

According to the home inspector who took photos of the crawl space, he says it not as bad as it could be, and no significant signs of flooding out. Framing also looks in good shape with solid footings under beams.

My assumption here is, given the scope of the  work to fix, this will require the town's sewer dept and/or health dept to get involved.

I'm trying to decide if I should wait out the seller to fix and keep going through with closing or just take back my earnest money and keep looking for something less problematic from a sewage/sewer perspective.

My questions to others are:

1. Given no one can really access the crawl space to assess the damage until the excavation, is this something worth waiting out? It's not the best deal, analysis attached, but it would have cash flow. The goal for this purchase is to get enough equity paid by renters to pay for a 4-year private college tuition in 15-18 years. 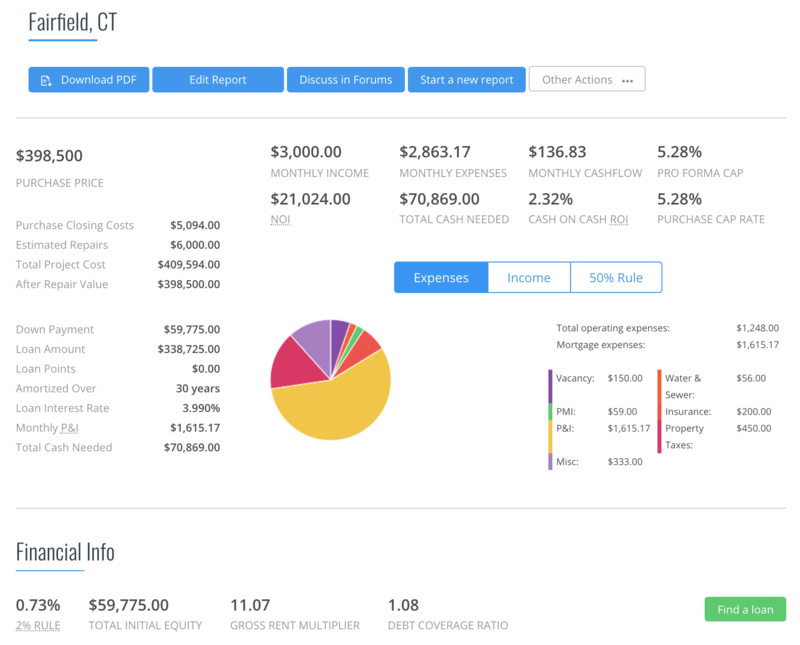 2. If anyone has had experience with something like this, what's the likelihood of foundation damage or other potential longer term issues with the house due to sewage flooding?  (The assessment I got from both the home and sewer inspector is that they don't think this flood out compromised the foundation.)

3. Assuming the problem is fixed to the approval of the town's health and sewer dept, are there any other considerations here?

I would appreciate any insight.

I just want to comment, there are so many red flags and yet you're trying to make the deal work.

I would pass on the property, I personally knew someone who had to lift their entire house, excavate their yard, and pour a new foundation.  This was a mix of septic and oil though.  If there is a well this could be big trouble.  The inspectors said they don't know, so its a gamble.

"....The assessment I got from both the home and sewer inspector is that they don't think this flood out compromised the foundation.

That's so reassuring...I'd walk away fast!!!

@Pat L. @Russ Draper thanks for your perspectives, it helps to get other thoughts.

@Faury Rodriguez you said "It's not the best deal...."

Based on that and all the red flags, just move on to the next deal. You should be able to get back any earnest money considering it didn't pass inspections?

This wasn't a loss or waste of time though. Sounds like you learned a lot working on this deal. You will be able to use this experience to help yourself out in the future.

@Derrick E. I was able to get back the earnest money.  I appreciate that perspective. I definitely learned a lot and feel like going through this at least once, the next time won't feel as nerve-racking.