Hi BP, my girlfriend and I have been in the investing world for almost a year now and we have a cash flowing property we closed on about 7 months ago. I'm getting a lot of good information from books, videos, and the bigger pockets forums but I just wanted to see If we are actually investing correctly. I want to invest as efficiently as possible.

Background: Our strategy is to build up a few rental properties in our portfolio while we are young. I'm 19 and my girlfriend of 3+ years is 21 and we both live with our parents. We are teaming up by pooling money together and using our income to qualify for loans.

Our first acquisition was a single-family home with a conventional loan and 20% down. It was renovated and all we had to do was hire a manager and get a tenant in place which is what we did. The purchase price was 132,000 and we were all in cash 35,000 after closing. It was valued at 140,000 so we got a bit of equity but the reason we went with an updated home was to be safe. We will probably hold this property for years so we're banking on the fact that loan paydown will build equity in the property over the long term and any appreciation will be appreciated if it does happen. We cash flow about 400 a month.

I'm not sure if that was a sound investment but I feel like for our first one it was pretty good. I didn't want to get in a BRRR and mess things up due to inexperience.

Like I said its been 7 months and we have a bit of cash now so we've been looking around for an owner occupant FHA multifamily to house hack. Again I'm looking at properties already pretty much turn-key because of so much competition. I'm getting my offers rejected over and over by all-cash offers and I'm wondering am I even doing this right? Any tips and suggestions would be appreciated.

You did well on your first. I agree that it makes sense to stay safe early on.

Something that most seasoned listing agents know, that you may not know, and that your LO may not have told you, is that most triplexes and fourplexes in the SF Bay Area at MLS prices will not meet the FHA "self sufficiency" test. Duplexes don't have that test. If you're writing on 3-4 unit properties on the MLS and it feels like they are being auto-rejected, that is why.

If you are buying on the MLS: stick to duplexes, and large SFRs with rent potential.

The below large SFR was purchased within the last month in Oakland by some folks with no kids, as a real life example. 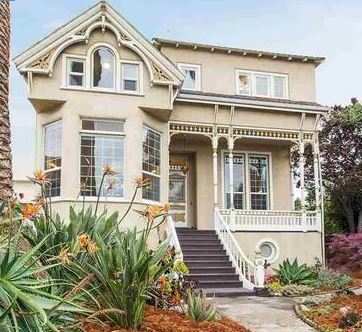 This is also a "single family" home (according to permits, according to zoning, and according to MLS... but tell me if anything jumps out at you when you look at the front door), also in Oakland, also no kids: 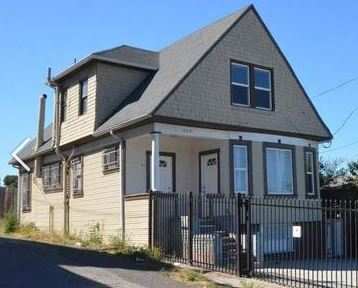 I have $20 that says if you went to both houses and looked in main floors, the basements (first one has epic basement), and attics (2nd one has epic attic), you'd find folks living there.

This is the Bay Area, and we're in a housing crisis. Any and all excess space can (& should) be rented out. Buy the biggest thing you can, honestly don't worry too much about the unit count on paper if you're going to be living there. Generally, if you live there, you have much greater freedom to evict (see: "Mrs. Murphy exception"), so there's less concern about 'problem tenants.'

Hi Chris, yes we've run into that self-sufficiency test problem already and are pretty much only looking at duplexes. We are looking towards the Stockton area to try and find something less expensive that will cash flow after a year in which we will most likely move back in with our parents. I like the idea of renting basements and attics, maybe even rooms if occupancy allows, I know there are some restrictions to that. How much were the above houses if you know off the top of your head.