Thanks in advance for your input.  I am looking to form a diversified RE syndication portfolio as a passive LP, and have gained quite a bit of knowledge on evaluation of Multi-Family, but I also want a component of my portfolio to contain Self Storage, Mobile Home and Industrial Offerings.  Would anyone be able to help in evaluation/due diligence specifically for Self Storage, Mobile home, and Industrial offerings?  What specific criteria, or nuances to we look for in these asset classes?  For example, some people feel Self storage and mobile home syndications are more conducive to a fund model due to specific characteristics of these asset classes.  Another example is it is more common to have a longer hold time in the mobile home sphere.  Another example, is for self storage be sure the facility is within view of a major highway.  The one thing I cant find much due diligence principles at all is in the Industrial space.  For example goal vacancy rates (existing property), environmental report etc?

Thank you so much in advance

A lot depends on what sort of deals they are (value add or development).

For self storage, I they should have  had a feasibility study (and ideally a boots on the ground one).  Which should help identify the demand and competition in the area, as well as population in 1, 3 and 5 mile circles.  If it is a conversion or development, has the sponsor ever done one before?  It is in a flood plane?  Is the area's population, increasing, decreasing, or remaining stable?  What sort of signage and access is there (such as one entrance off of a side road with limited visibility of the property, or big signage on a major street)?  Is there a gate and fence?  If you really want a weed out list, I would suggest reaching out to Michael Wagner and Scott Meyers, as both have a lot of experience in this area.

For MHP, due to the NIMBY, there isn't a lot of new parks coming online and a lot of parks are older.  So, I would look at the size of the lots (And are they able to fit newer, larger homes).  As well as what is the condition of the water pipes and is the park on one meter or are the lots individually metered.

Dave Pierce - that's a great point.  In many cases, the feasibility study HAS to be a real one.  Lenders/Investors need to know that before you've ever thought of bringing a deal, you and your team have done the research, not just looked on Google Maps.

Duke Giordano - I wouldn't say road frontage on a "major" thoroughfare is a "must-have" but like you say, it is nice to look at it from the value-add potential for billboards.  Signage is always nice, especially with frontage, but population density and competition in the critical 1, 3, and 5 mile area plays a far bigger role in deciding in a purchase or a development is "right." 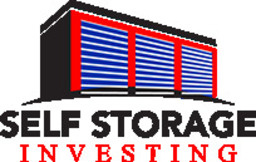 Thanks for your input @Scott Meyers and @Dave Peirce , appreciate it.  Anyone have any info on evaluating industrial/warehouse space?  What a typical vacancy rate etc?

Duke - My understanding is that most underwriters project an 85% occupancy rate at a SS facility.  No idea about normal occupancy at a MHP.  Also, no idea as for other industrial properties, as it most likely depends on the local market (and the best way, would be to reach out to local commercial realtors, or if you are in a big enough area, look at market research).

I broker plenty of industrial properties. A few things of course with single or multi-tenant buildings is tenant strength, term of lease, and your net effective rent. Even with industrial properties you can look at your NOI from total rent income(usually on NNN basis rent+tax/cam) minus term expenses. Key things within the asset itself include clear height, wide columns, lighting, floor strength, efficiency with loading(dock vs drive in's, quantity, quality), highway access, and building visibility.

Vacancy will depend. My market we are sitting in middle 4%.

@Duke Giordano as far as self-storage, I know that @Hunter Thompson is a high-level investor. He also has a very sophisticated podcast that dives deeper than most others do. 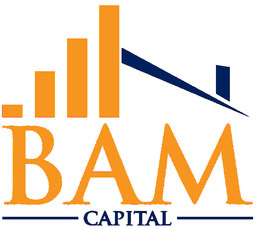 @Duke Giordano   I would be happy to answer any due diligence questions you have about industrial RE or a specific deal you are considering. I have been involved in brokerage and (now) syndication focused only on the industrial sector since 2007.

I would make sure whoever you're investing with they focus on one a​sset​ group.​ ​

So for example you don't want someone to who is done 15 multifamily deal to now start to do self storage. cuz you don't want them learning on your dime. You could also check out Crouch Street.com to see some other options. Don’t make the fund option unless the assets have been already. In today’s market really have to do your homework