Hello everyone. I'm looking to move to Atlanta, GA in the next few months and set up a favorable house-hack in the process. My primary investing is done in Huntsville, AL, but for my own mental health I've got to get to a city haha. I'll still operate back there, but my operation pretty much runs itself at this point, so it doesn't really make a difference.

Anyway, as previously mentioned I'm looking to purchase a small multifamily in Midtown ATL that has room for strategic renovations, four units, optimal location, and buyable under market value. Well, through my off market deal sourcing wizardry (poking around in public record) I found the ideal property and secured it under contract at $800k, a full $160k lower than market value based on comps and a full $257k under market value when calculated using the value added small multifamily cap rate of 6.4% for this market. I spoke with the owners and it turns out they are "getting old" and looking to cash out their investments. What luck!! It has 3 2/2s & 1 3/2; 4130 sqft with 2 off street parking spaces for each unit. I want to get this deal done with some creative financing, as its by far the largest dollar figure deal I've ever had on my desk.

Initially, I was going to get an FHA backed loan at a low down payment, but its been brought to my attention that FHA will only back ~$660k on a 4 unit owner occupied property right now, if they will lend on a 4plex at all. So my current plan is as follows: Close on the property using transactional funding then immediately refinance into a conventional loan based off the value (either comps or cap rate), not the purchase price. Hopefully I'll get a little cash out in the process. Over the course of the next year, as tenants leases expire, I'll increase the rents to the market rates (+~$600/unit). I'll also install sub metered utilities during this phase. Based off the cap rate, the property should now be worth $1.465m (don't worry, I'll post my full numbers breakdown later in this post). I would then go out and get a cash out refinance valued from the cap rate, not the comps. Hopefully I should be able to pull out ~$320k. Over the course of the next two years, I'll use that capital to seriously renovate the exterior and the interior as the leases expire. I'll be going all out with the rehab. Seriously nice stuff. The neighborhood supports some extremely premium rental rates (my sister pays over $4k less than a block away), so I'll become a part of that club. With the new premium rent rates, the property should be valued at $1.785m. At that point I'd either refinance again to take some capital out to use in my BRRRR operation, or I'll just leave it in the property. There are comps in the neighborhood that have sold for over $2m without any major dividing boundaries between them. I think I can get the valuation there with comps, but it would be alot harder of a case than with cap rates. All rental rates have been verified by several property managers well versed in the area.

So, here's my question.

A.) Am I totally insane?

B.) Are there lenders out there that will lend on an owner occupied small multifamily based on a cap rate valuation? I know the traditional barrier for that is 5+ units. This is my first multifamily venture, so I'm learning as I go.

This deal just seems too good to be true. However, I sourced the deal myself off market, so nobody presented me with misleading numbers. Nobody is trying to hoodwink me. I've verified all the numbers with people versed in the market. Is this a unicorn?!

I've attached my numbers for each of the three stages of this property below. Take a look and let me know what you're thinking. 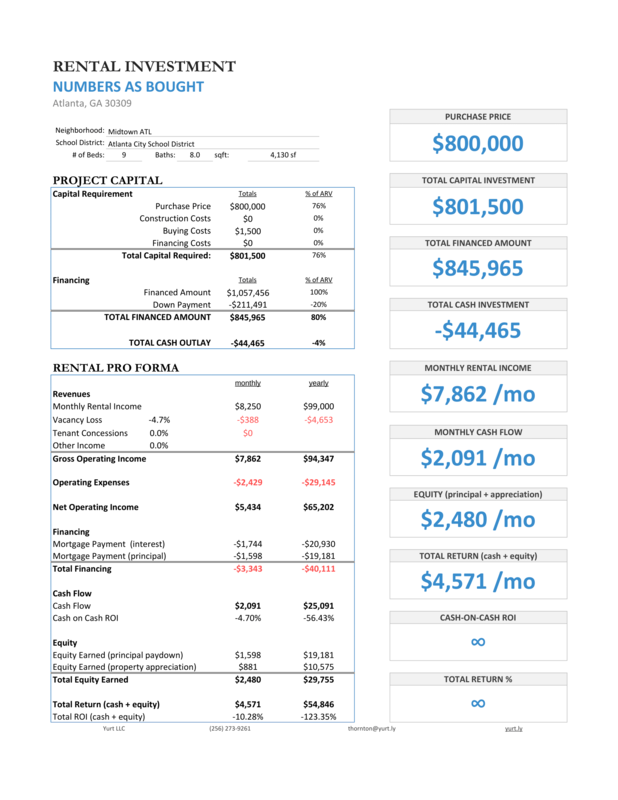 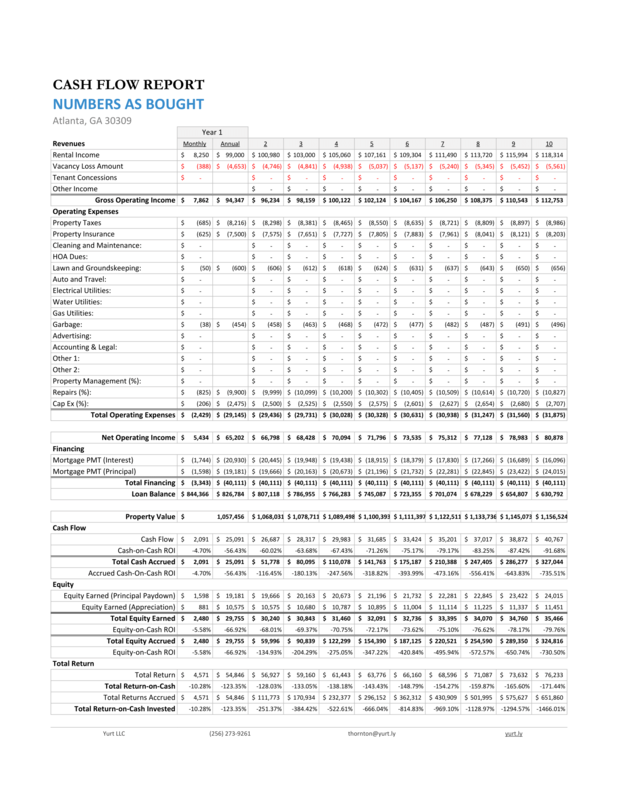 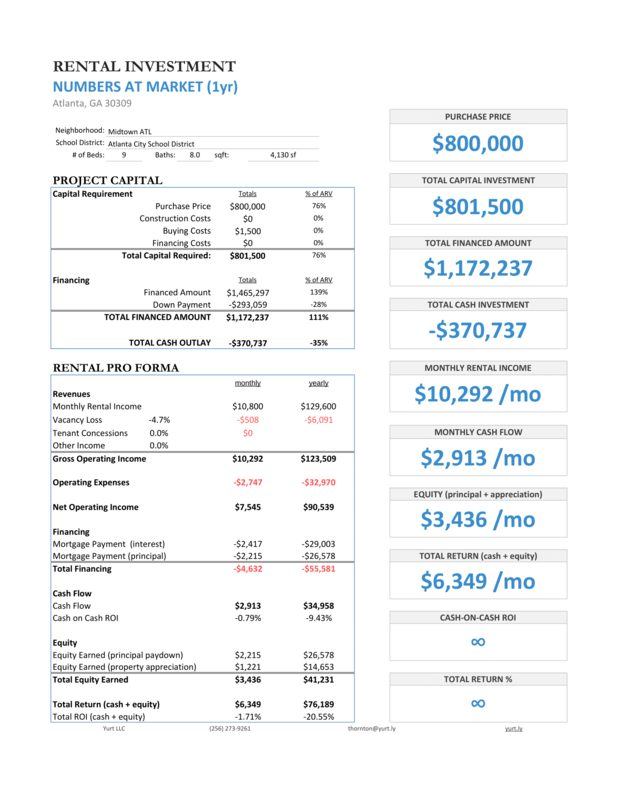 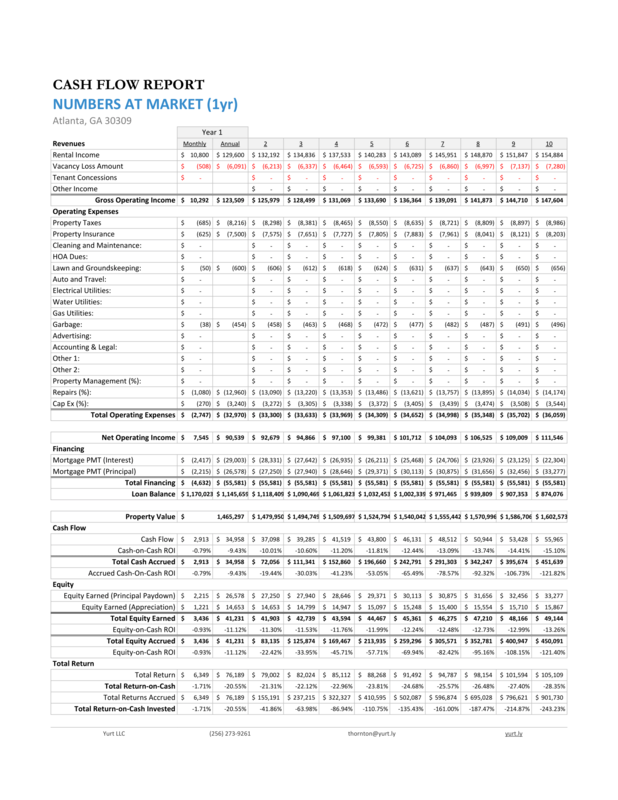 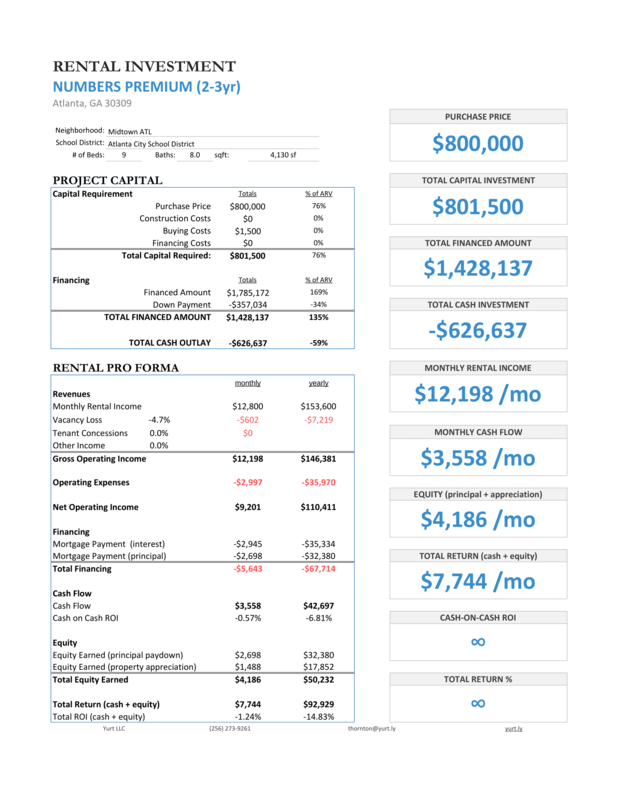 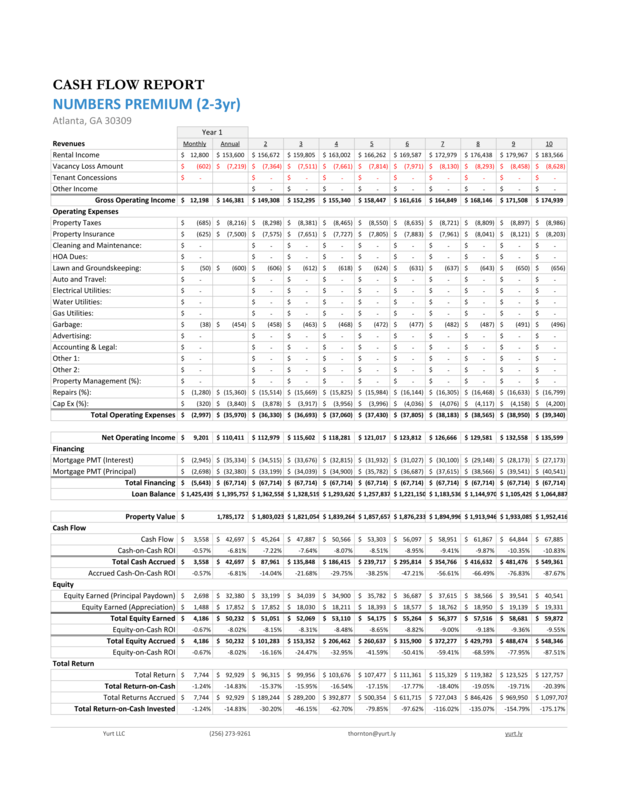 Just for fun, here's my ****** 2am photoshop mockup of how I'd like the before and after to look: 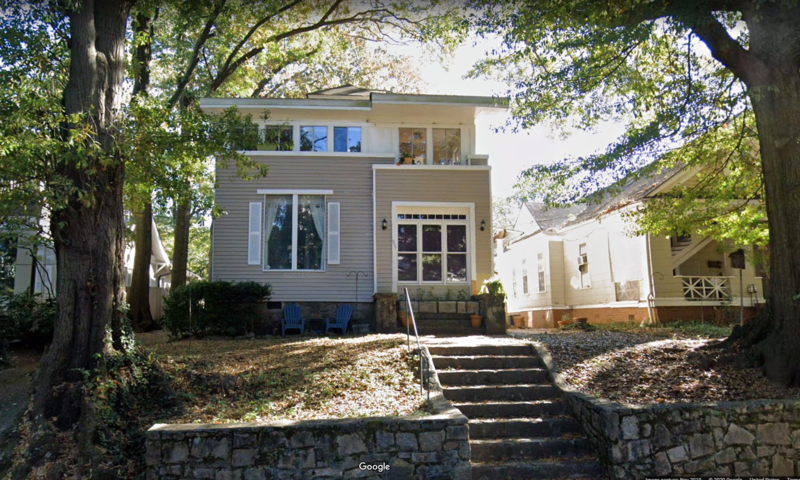 Updated about 1 month ago

EDIT: I have considered the concept of AirBnB for the property, as it's location is PRIME to both the midtown bar/restaurant scene as well as Piedmont Park. It should increase the income significantly, thereby increasing the value even further. But for the sake of simplicity, I kept the post in the long term rental scenario.

@Thornton Drury are you trying to do 100% financing with rehab included? That would be a tough loan as any lender would want you to have some skin in the game. What amount do you have to put down? Do you have working capital for rehab? As long as the debt ratio is in the 1-1.25 range, you should be able to easily fund this with a down payment. DM me if you'd like to talk it through. Best of luck.

@Rico Nasol , I thought I did a pretty good job outlining my plan above. I plan to purchase the property 100% funded (no rehab) with transactional funding then IMMEDIATLEY refinance based on its actual value, which leaves a 20% down payment from instant equity. I would then do a cash out refi based on cap rates a year later once I have raised rents to market. That is where the reno budget comes from.

@Thornton Drury If you buy with bridge financing you're going to have trouble immediately refinancing with a traditional lender without 6 months of seasoning.  I'm in Midtown and $4k a month in rent for a unit in a quad is no where near market. Maybe $2,500. BTW, most quads in Midtown are going between $900k and $1.2m.

I'd approach the seller and ask for seller financing. Offer them 5% interest, 7 year term, 25 year amortization. That's better than they can get on their money elsewhere and 700 bps lower than you'd pay on a bridge loan. With that, they can depreciate the capital gains over 7 years and not 1 year.

@Nick Fitzpatrick yeah, I totally agree with the fact that my sister pays too much haha. My “market” rent number is $2600/unit. After high end renovation should be $3kish.

I’ve been thinking about seller financing, something to explore once it’s under contract. I meet with them tomorrow 😬

@Thornton Drury Good luck! Let me know if you want an introduction to a great Midtown attorney. They could draw up contract, private financing note, etc.