Does not look good to me would you agree ?

Older property.  Would have to be inspected but Roof is old.  As is siding.

Have not physically looked at the building.

@Bruce Harding Maybe, maybe not, depends on what you are looking for in an investment.

-What class of building is this.

-What MSA is it located in?

-What is the loss to lease and is there any room to push rents up to market?

-Any fat in the T12, like paying for a full time maintenance man, bill back H2O and the like?

You should get a higher cap rate since it has high occupancy, but this seems like a core asset, which trade low. The roof costs seem like an obvious concession.

Prime class A is currently 5%.

What I am looking for is ultimately cash flow.  The building is C class in a small town.  I have not dont comps yet so  I have too look at that.

Looking at utilities water is the biggest one.  $500 per month.  I bet units are not metered.  $6000 per year water expense.   To individuall meter would probably cost $24K.

There is something I have never seen before.  A loan to interest expense of $26,000 per year.  I assume that may be interest on the current mortgage ?

@Bruce Harding You stated that your goal is cash flow. A C class property should provide cash flow. You will need $425K to put down on this deal. Based on what you have stated, your debt service is more than the NOI. May I suggest that this is not a good deal?

@Bruce Harding are you getting all this info from a broker's pro forma or a P&L?

Interest expense comes into play on a P&L and shouldn't impact NOI.

Yep this is a real world perfect example of a deal that will not cash flow after looking at the mortgage side.

My initial conversation before I received the numbers just today was that the property was a 12 cap.   I figured that was too good to be true.

Hmm.... so I received a message on the property:

The 65K you are using includes my debt service cost.

My debt service is ~26K.
Taxes and insurance are another line item.

So, the operating income on this property is

Am I correct that in the above the owner is paying only $26K a year in mortgage payments ?

@Bruce Harding it sounds like their debt service is $26k. Even with that, it's still a 6 CAP, not a 12. If you're financing 75%, your principal and interest will likely be over $100k per year. Using a commercial loan at 6% over 20 years.
Log in or sign up to reply

Not getting a good feel for the numbers. They are asking 1.7MM

NOI is $116,000 but their mortgage payment is only $27K per year. They are friends of mine and have not put the property up for sale with anybody yet.

My mortgage payments I figure would be over $100K a year barely leaving anything left figuring a 6% 20 year. Water could be individually metered to add another $6K a year. Rents could be raised $50 yielding another $14K a year. But then might lose tenants as it is almost always at 100% occupancy.  Rents were raised last year by $25. Property was last roofed and sided 1996. I am also being conservative with the mortgage numbers. Me being new they might want 30% cash up front. It would take my entire IRA and a home equity loan to come up with the cash up front. I would only have $50K reserves. And then potentially a new roof. Not getting good vibes from this deal as I am a numbers guy and understand numbers and potential risk. Putting in $475K taking the current $116K and adding potentially $20K (and the meters would cost an additional $24K up front) would be a 7.5% return on cash. And then there is that roof. Could be a $150K within at least 5 years.

Also reserves would be down to about $26K.

Being new I don't think I have the experience to make this deal work.  I smell risk.

Owner has stated they are set on price.   She is going to offer to other people who are in the business.

I don't think anybody is going to pay $1.7MM but I could be wrong.

@ Bruce Harding - I agree with what was said here - NOI does not include debt service. Just to give you some context, most A properties (high end, new buildings) are traded for 4-5% cap, B class for 4.7%-5.5%, and C properties for 5.25%-6.25% - all in decent neighborhoods. Have you tried to see what happens to your returns if you improve ops (reduce costs) or increase rents (with and without renovation)? Focusing on price and going in cap rates IS a mistake imo. You should look at the value add potential in the deal and that should determine your real returns.

Yeah I looked.  Property is an hour away.   There is a manager living there that has reduced rent.  Handles everything.  It is a turnkey at current mortgage level. 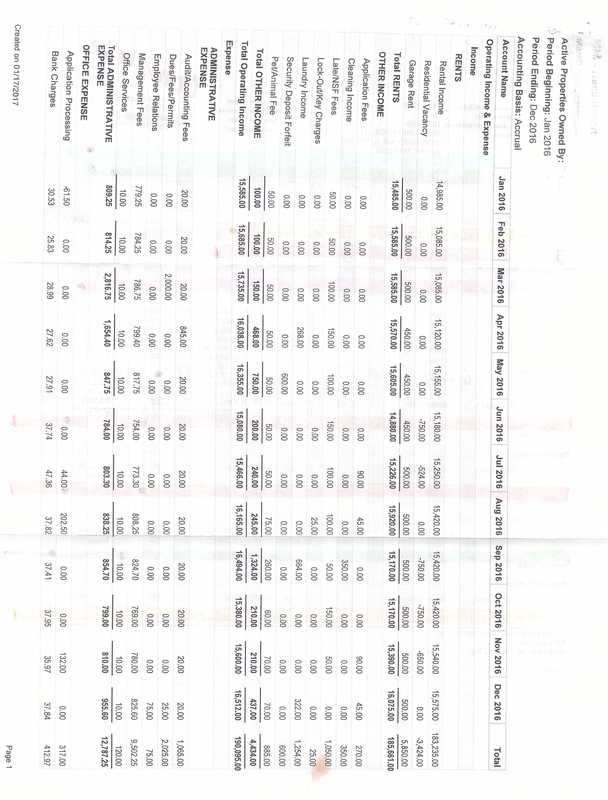 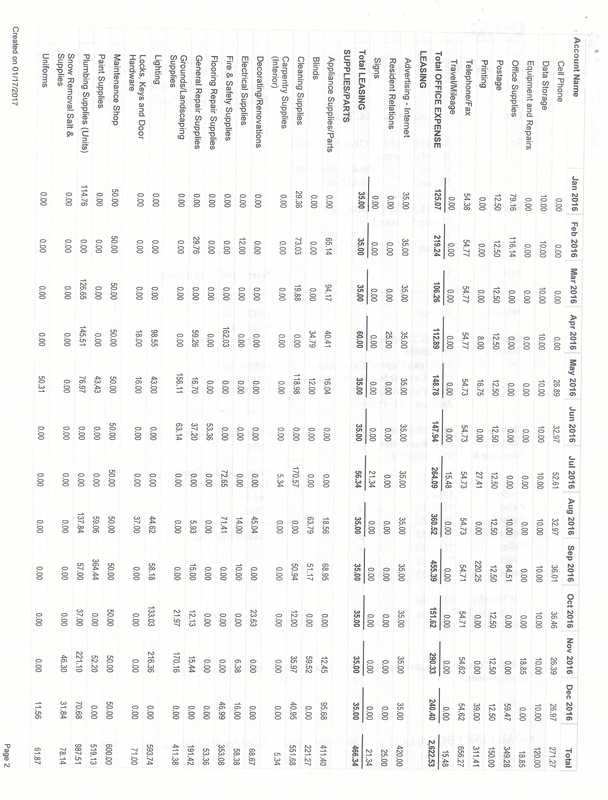 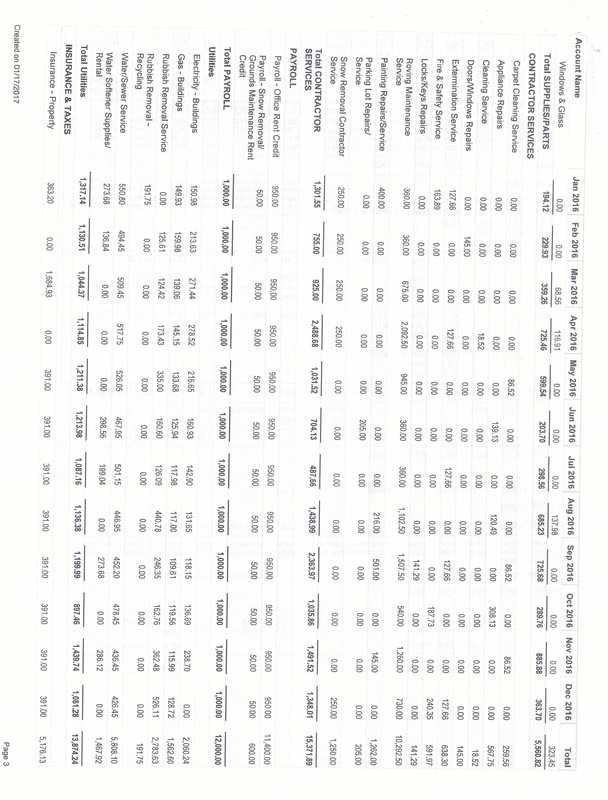 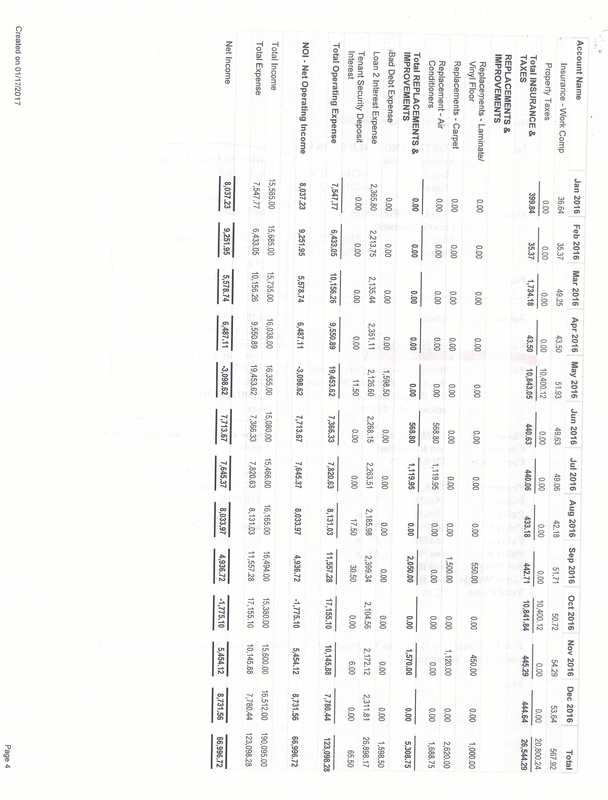 I cannot see anything other than rent increase and water meters.   It is in a small college town.  They are already getting income from garages and laundry etc..

Second, I think you need to get a handle on what does and does not go into a property's NOI, because the Seller's P&L, while having a NOI line, isn't calculating NOI.

Things that are CapEx are being run as repairs, the interest from Loan 2, (what happened to Loan1?), cell phone expenses...

Once you have a solid handle on the NOI, then worry about how to add value and lastly worry about the offer price, pro forma cap rate, and the like.

@Bruce Harding I would suggest you compare to other properties. I have seen properties on loopnet with better numbers ... seriously.

$65k NOI selling for $1.7MM? There better be massive upsides to it.

Yeah I am not going into the deal.  Numbers do not work.

Will the seller let you wrap it? If she is only paying 26k you could easily make that payment plus a couple percentage points more, harvest cash flow and sell it for 1.7mm in 5-10 years.

We are seeing this trend in our market too. MF is ridiculously overpriced-caveat emptor!

Just remember some sellers will say anything and manipulate the numbers to try and sell something for the price they want.

Maybe if has value add like rents were way,way below market or the land it was sitting on had substantial value as density zoning laws had increased over the years etc.

A true C cap property for a 6 cap with limited upside is usually a dog.


Just remember some sellers will say anything and manipulate the numbers to try and sell something for the price they want.

Maybe if has value add like rents were way,way below market or the land it was sitting on had substantial value as density zoning laws had increased over the years etc.

A true C cap property for a 6 cap with limited upside is usually a dog.

I am seeing that.   I negotiate in another industry - I negotiate the buy price and the sell price on every deal.  It is a distressed product business.

I understand numbers.   And this has been quite an eye opener exercise.   My first real world deal.

Last year I analyzed purchasing a semi-tractor trailer AND a Driver and working with a broker.   Too slim of margins due to the brokers cut.   And I did not know the business well enough not to need a broker.  (You also need a Class A License because drivers have been known to pull their truck over and walk away on the job !)

However I do understand numbers and when they delineate RISK.

Going to keep looking.   I figure it might take me 2 years but that's OK.