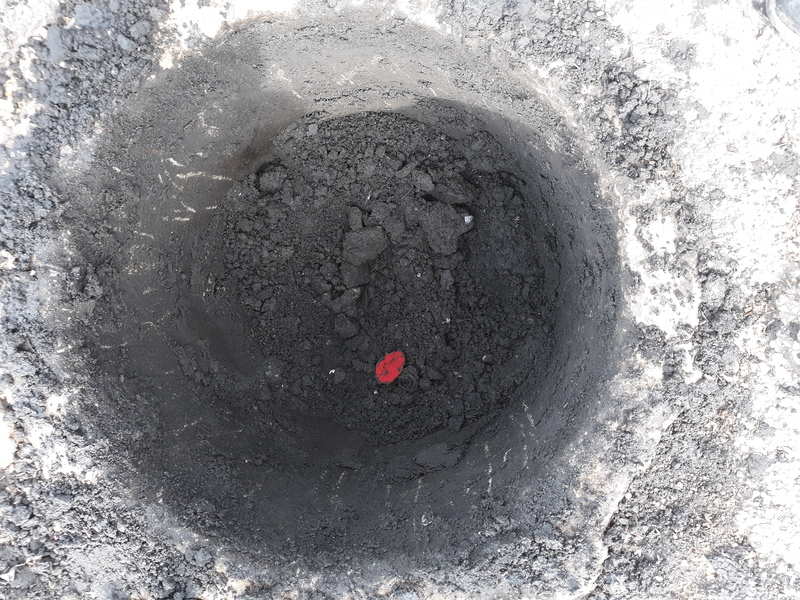 I'm hoping someone has experience in fixing clogged parking lot drains.  I bought 2 4 unit properties that share a parking lot and at the time I bought it I didn't realize that the drain was clogged.  Apparently this is something the seller didn't mention and I did not know to check for it.

My PM sent a plumber down to evaluate it and they estimated the job would cost a minimum of $650 but didn't give me a price ceiling.  So I asked the PM to send one of their guys down to dig out he drain at a rate of $45 per hour. He spent about an hour digging and uncovered all types of trash and debris but after 6-8 inches he wasnt able to dig any further.  Whatever is down there appears to have compacted so tightly that it felt like he was digging rock.

I am hoping that someone on BP has had this problem before and can share what they did and how much they spent to rectify the problem.  My tenants are tired of walking through a lake to get to their cars everytime it rains and I want to explore options for fixing this before going with the plumber and literally throwing money down the drain.

Thanks in advance for your help!

Is this a concrete structure? Can't tell from the picture for sure. I assume that it is. There should be an outlet pipe of some sort. It is possible the PM hit the bottom, which is likely concrete, so the next thing to discover is the outlet pipe.  There is a good chance that pipe is full of silt. If that's the case, then you are likely going to need someone with a better to try to clear the line again.

Your PM can try to locate the outlet by scraping the wall near the bottom. If the hit a softer spot, clear it out a little bit. If it is nearly round, that's likely it.  Depending on where you are located, you might try talking to the city streets department. They might be able to give you helpful information on where it connects to. You might also get lucky if you turn on the charm and get them to help, but don't count on it.

I was surprised that the city where our summer house is, had a water jet/vacuum truck that they sent out for free to clear a blocked sewer line.. Might be worth a call to the city's public works/sanitation dept.

I could a imagine a water jet doing a good job.

@Adam Johnson thanks for the reply. This is a blacktop surface parking lot and the sewer drain is concrete. The PM dug down close to 3 ft and wasnt able to locate the pipe on the side of the drain. I spoke with the city and they consider the lot private property so they will not assist with this.

@Chet Mazur unfortunately the city of Cincinnati won't step foot on private property. But it's good to know that a vacuum/water jet truck may do the job. I'll look into this further.

@Jonathan Stone - the jetter is probably going to be your next step then.  I'm pretty sure that most, if not all, have a vacuum with them, but you will want to confirm that before committing to any particular vendor.  If the outlet is plugged, which I would assume it is completely plugged, you will need to manage the water coming out of the jet until they get it flowing.

If you have more than one catch basin, make the most of the money you are spending and have ALL of them cleared out at the same time, even if they still kind of work.  You might add an hour or 2 to the job, BUT you are then only paying one mobilization charge instead of one now and one in the future when the next drain gives you problems.

Next step to consider - call your attorney that handled the closing.  Failure to disclose a latent defect (something that you might not ordinarily notice, but the seller likely knows exists) could put you in a position to go back and tap the seller on the shoulder.  What you are showing in the picture and describing didn't "just happen", it took quite a while to build up to this point and the seller will likely have a very difficult time claiming otherwise.  Your attorney might agree with the argument that unless you inspected the property after a significant rain or snow melt event, you would not have been afforded the opportunity to notice a significant defect in the storm drainage system.  The seller could argue that a visual inspection would have revealed the catch basin full of silt, but that would not necessarily support their failure to disclose the problem prior to the sale.  If you purchased the property "as is", this suggestion likely won't matter.  It is worth 5 minutes on the phone with your attorney.

Forewarning - there is a chance that the jetter may not clear the outlet line, which would require excavation to replace it.  First thing's first, try the jetter.  That's exactly what I would do as the next step.

Are there prints on file with the city/county (the seller?) that would describe where the drain pipe is laid?

@Adam Johnson and @Chet Mazur it rained all day Friday and Saturday so on Sunday my Dad and I went to the complex to check out the parking lot and it was completely dry. We lifted the drain cover and there was no water visible and all we could see was sediment. Earlier this month my Dad went down to the Sewer Dept and pulled the sketch showing the location of the pipes underground. This particular pipe should've been located on the South side of the drain. Knowing this info, I took a 4ft metal rod and prodded the sediment on the South side of the drain and was able to locate the pipe!

Apparently the PM dug deep enough to allow the water to drain through the pipe. While we were checking it out some tenant from an adjacent building that I don't own told us we were the first people to ever dig out the drain in the 5 years that they've lived there, which sounds crazy to me. I couldn't believe it was this simple to fix this problem. But I'm ecstatic that I dont have to rent any equipment or get an expensive plumber to fix this issue. We'll go back in a couple of weeks to clear the rest of the sediment out of the drain.

Thanks so much for your ideas and suggestions!

@Jonathan Stone   I'm glad it has a happy ending.

Glad it worked out! These are generally pretty low maintenance, but it is a good idea to remove sediment from time to time because it is bad if it builds up in the pipes.

For a red neck fix, next time there is moderate to heavy rain forecast, cover the drain with a piece of plastic or tarp in order to intentionally flood the lot. Once it builds up a bunch of water, pull the plastic so that it rushes down the drain. This will help to clear the sediment from inside the pipe too.