All, I have a retail commercial property under contract in the east side of Kansas City, MO (near the Linwood Shopping Center at Prospect and Linwood) and wondering what people's thoughts are regarding the development of the area. Is the area on an upward trajectory (even though behind the development of the downtown area)? Are people seeing lots of development in the area? Any thoughts appreciated. Thank you!

Aaron - I know there is a lot of new development growing east from the Plaza and Hyde Park, but it is still on the wrong side of Troost and it is still in the hands of the leaders in Kansas City Missouri.

We need a lot of development in the area.  And sadly I think it is going to have to come from private industry.

Hey, @Aaron Friberg , you asked a really good question...  Kansas City is rather spotty and although there are more developments happening around the city as a whole, I have to agree with @Kim Tucker ...  In the specific area you inquired about, I haven't heard of much positive development besides the KC Police Crime Lab and the KCMO Police East Patrol on 27th St, which some might argue hasn't really been that positive; these were recently built (completed in May 2018) between Brooklyn Ave on the West and Prospect Ave to the East.

The amount of crime in inner-city KCMO and the poor performance & quality of the schools here are two big factors that come into play when you talk of development in that area.  Until these two factors get handled then there won't be any positive draw towards this area.

I don't know how else to put it... There are tons of "war zones" around here.  The # of homicides in KCMO, per capita, is absolutely ridiculous.  It's been a major problem for years and the # has gone up!  It's clear the police and the city don't know how to get a grip on it.  Trying to create positive, large-scale culture change has to be a daunting task!

Did you end up going through with your purchase? 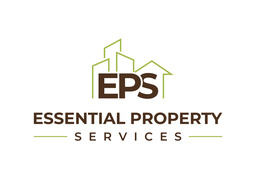 Hey Luther, would you want to be an expert on the 9th at MAREI's trade show - I am looking for a few good men and women for a "Genius Bar" and you don't have to know anything about computers, just real estate.

Hey, @Kim Tucker , that sounds like fun!  Count me in.  I got your email so I'll send you something in that form too.  :)

Excellent, I will ad you.