Self Storage- Bus Bench Advertising
A lot of people consider Self Storage to be a very simple business of Metal buildings with no maintenance and counting cash. They are right to a degree, and then I go through the complexities. I made the same error when I started looking at Bus Bench Advertising. Now I think it is like playing chess. A lot of fun.

Our 7th location which is in a city of 60,000 next to a metropolis of 1,000,000 opened last February, 2020. We are at 47% occupancy, which is good with Covid thrown in. June and July have been slower than expected so decided to look at our customer base, now that we have 107 customers and re-look at our marketing strategies.

Location: We are on the state line with a river between the two cities. We are in the farthest, possibly worst corner of our city to put storage. The plan was to pull about 50% of our customer base from across the river (4 lane bridge) to our location. 17,000 traffic count per day on our frontage. Currently only 8% of our customers are coming from there.

Customer base: This is an older part of the larger city made up of very distinct demographics; Spanish, Old Italian area, and downtown techie/entertainment area. All within 2 to 5 miles.

Competition: Limited storage in that area and most of it is Climate Controlled and multi story. More than enough market to cover all locations including ours. Unless its an old building, there is no ground for additional drive up storage of any size.

Marketing- All of our other marketing steps are in place and up and running. Satisfied with them. Decided to take a look at Bus Bench advertising and SEO internet by zip code. The following is just about our Bus Bench efforts.

Your never going to find a correlation between Bus Bench Advertising and new renters. Its the same as a billboard, they notice it for the first week or two; then it becomes “noise” on their drive. However, they don’t know it, but it sticks in their head. When the need for storage comes up, they remember the name, google it and call.

Billboard rental- About $3,000 to $5,000 per month depending on location. This is for a “Fixed” advertisement. The higher the rate, the higher the traffic, but then most of these won’t be your local customer base. My sign guy has two midsize electronic signs $800 per month on the major city street and $500 per month on a busy street. Both of these are for LED alternating signs. Our sign would show for 10 seconds, then rotate with other advertisements.

A Billboard will catch drivers coming from one way normally “inside” the city versus a highway sign. Bus Benches normally catch drivers across from them or drivers who slow down and wait at a light next to them. So the traffic count at a location might be 16,000 you might only catch 4,000 or 8,000 impressions per day. So the location, placement, road speed and stores (draw) near them is important.

Our current Bus Signs:
One with an arrow is a directional sign just down the same street at one location. The other is on a 4 way corner in front of a Subway sandwich shop, along a local traffic corridor. These signs cost $120 per month. On the regular sign there is a “First Responders Discount” signage on the lip of the bench. You can do more than just rectangles. The one in front of the Subway can be seen from 3 different angles, plus you get the traffic pull of the Subway shop. Speed limit is 35 miles per hours and the four way intersection, creates a lot more “impressions” than higher speed and no intersection. Also keep the “Visual” and number simple on the sign. The more creative, artistic and detailed you get, the less the message will be communicated.

Competition:
Four of the new signs we are putting up, are next to 5 of our competitors. They are directly in front of four, and a block away from the 5th competitor. Everyone is going internet and big signs, but remember the lowly Bus Bench.
Why put a sign next to a competitor. These are Climate controlled/multi story. Once they check out the facility and see how they will move their things in, and also get the price. Price say $180 for a 10 x 15 controlled, versus $110 for drive up. You want to be the first impression when they start questioning options. Most customers don’t want climate controlled, its just what is available in the city. Keep in mind also the Climate controlled model is geared towards smaller, higher per square foot units; and not larger units. Plus for larger units, people really don’t want to take an elevator or load into a cart, they want to drive up and unload. On your bench sign, you might put a small 45 degree angle note; 10 x 15 $110. 10 x 20 $130. They can’t compete on price or ease. You used their marketing when the customer went to their location, to capture the customers attention.


Bench Location Strategy; Basic, but necessary considerations:
- Has nothing to do with the people using the bus. As I followed bus routes and looked at bench locations, it became clear that bench locations are not reviewed. There should be two general locations; a. Where people live, b. Where people want to go. Basically forget that logic and concentrate on your needs.
Below are pictures of the Bus Bench Advertising companies software. One is a high level shot. The teardrops are locations. The color coding tells availability and when a contract will come due. The second picture shows an intersection shot with benches that are there. 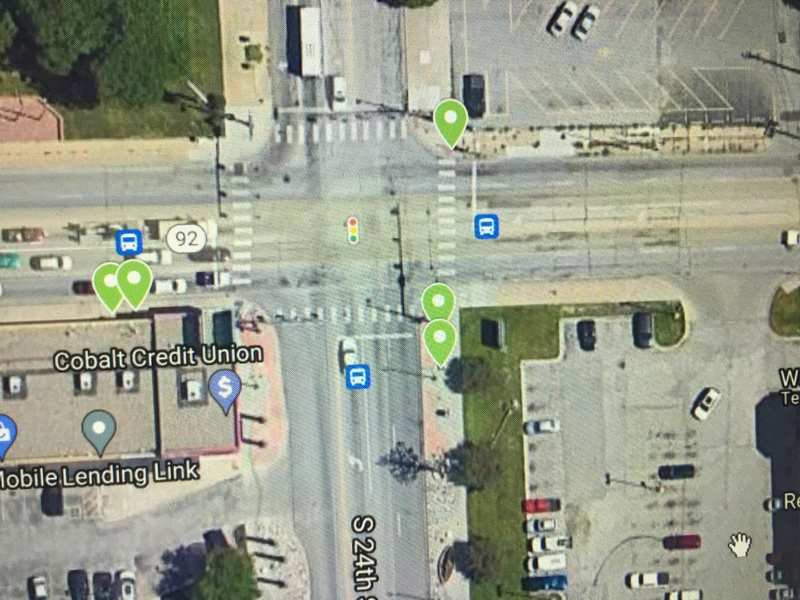 - Cross streets with signals- you want the traffic to slow down and stop and get bored, look around.

- Up or down hill- Having a Driver go up or down hill towards the bench, forces them to wake up and analyze their surroundings. Long straight shots, they don’t have to concentrate on the sides.
- Where People live- pick locations on their travel routes. At first I bypassed several locations because the benches weren’t turned towards my traffic lane. Later, I looked on the map and noticed they were turned towards the in or out flow from the neighborhoods, thus I added them to our selection.

- Where People go- some of our selections are at strip malls, zoo, or heavy intersections (4 lane by 4 lane). These areas will probably bring you more views outside of your immediate customer zone. But if most other storage locations are full, this gets their attention.

- Set back- the farther back from the intersection, the less it will be viewed.

The following pictures shows several angles on one location to exemplify this discussion. This location has several good aspects. Convenience store, barbecue, 4 way stop, direct view as people come over and down hill, and also looking on the street maps, this is a major outlet from the neighborhoods.

This is a predominantly Spanish community. Trying to decide to leave it as “Clark Storage”; “Spanish Clark Storage” or do both messages, one above the other. Spanish on top, english on the bottom. Unfortunately this will cut the font size less than ½ for viewing.
Sign we will be renting. About 10 feet from curb. 2nd picture looking up the hill. That street is the main street to come out of a large neighborhood. They will crest the hill and then have to visually re-orient, which is good for the sign. If they stop, they are facing the sign. 3rd and 4th pictures below are facing across the street and both have a great view of the bench, but also have to stores to draw people to this intersection. 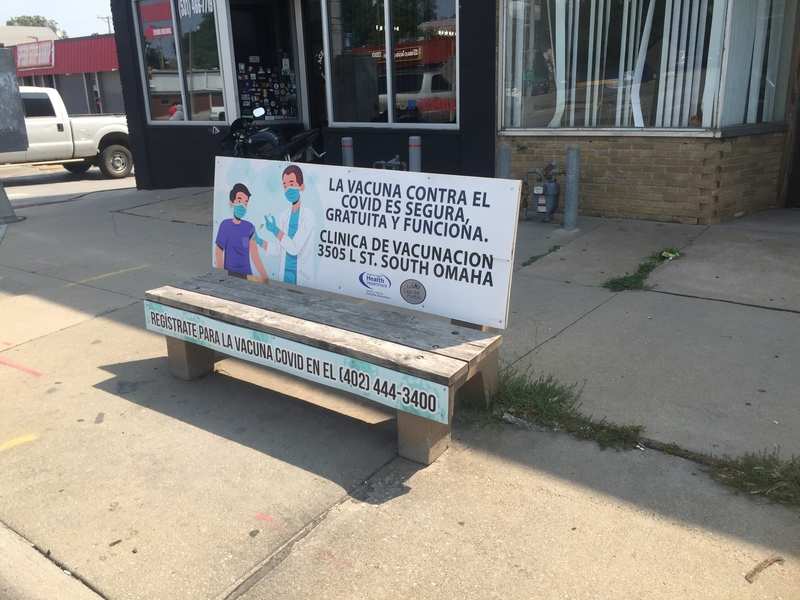 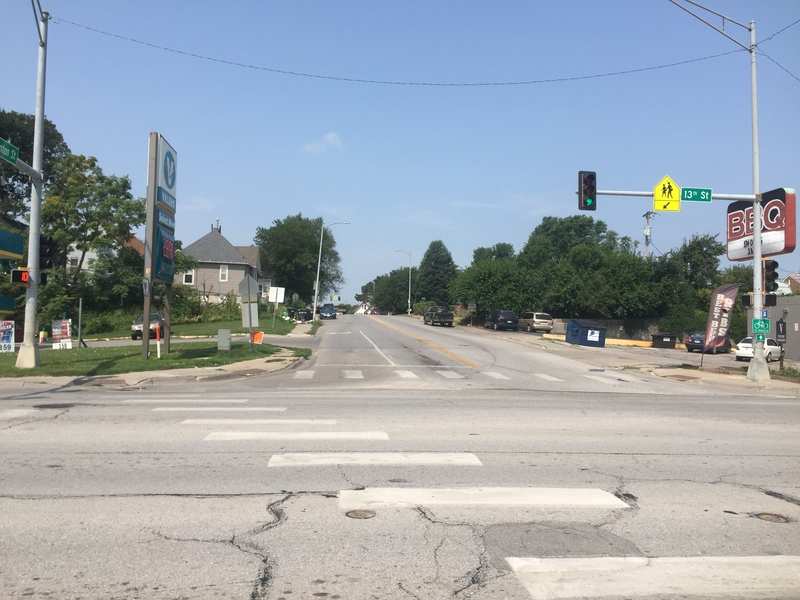 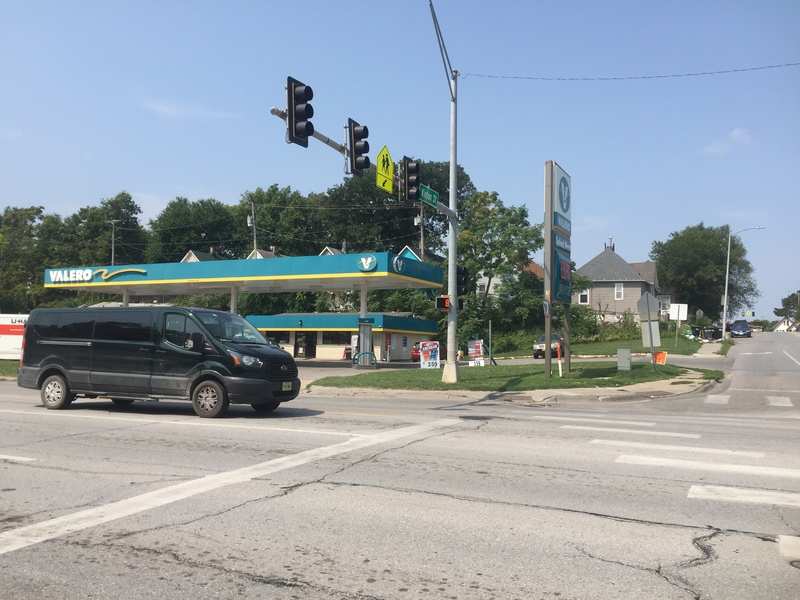 Sports Field Banners:
While looking at Bus Benches, noticed one of the high school’s baseball field had banners. Perfect corner, great neighborhood, school is at the top of the left hill and also right across from the entrance to another competitor. $300 per season for a 6 x 10 banner. They buy the banner, you supply the graphics. They normally put up in April and take down in November. I requested to leave ours up all year long. Also wanted one facing the stands and one facing the street. To the right where you see the two cars in the street is the entrance to one of our Indoor competitors. 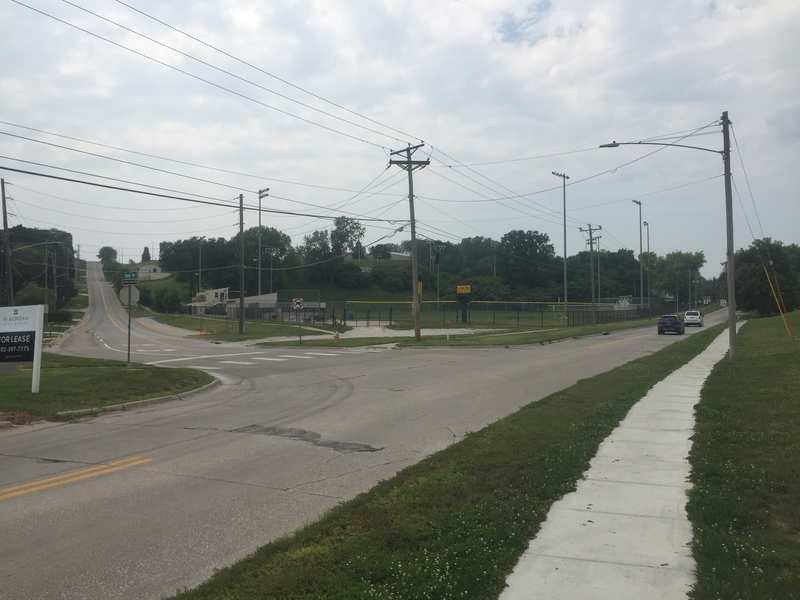 Bus Benches are about $120 per month. They are located at the drivers level and in specific neighborhoods. Can be up and running in 2 weeks. Lease monthly or annual. For $25, I can have it moved to another location during a 1 year contract. Although you might have a traffic count of 10,000; due to visibility and location you might only catch 2,500 per day.

Billboards are $500 up to $3,000 per month depending on the road or highway. Might take a month to be installed. You will probably have a higher traffic count, say on a highway of 50,000 per day. But most of these people won’t be your customers, ever. Your probably only catching 50% of these people with the head on visibility. Or paid billboard. Ours was $15,000 for about an 8 x 20 pole structure. With about 17,000 impressions a day, since we have a two faced board.

Sports Field Banners running $300 for the season, say 7 months or approximately $40 per month. Since the banners tend to face inwards, your primarily getting game day coverage of say 1,000 people. So even though this is cheap, per impression, it is higher. We are going to get the banners to stay up all year, but facing the road. In this particular spot we will get 3,000 impressions every day.

Got proofs back on Sports Field banners. Already hung up at baseball field. This school actually just won the 4th State championship this week. These banners are facing a major "Y" intersection pointed directly towards them. 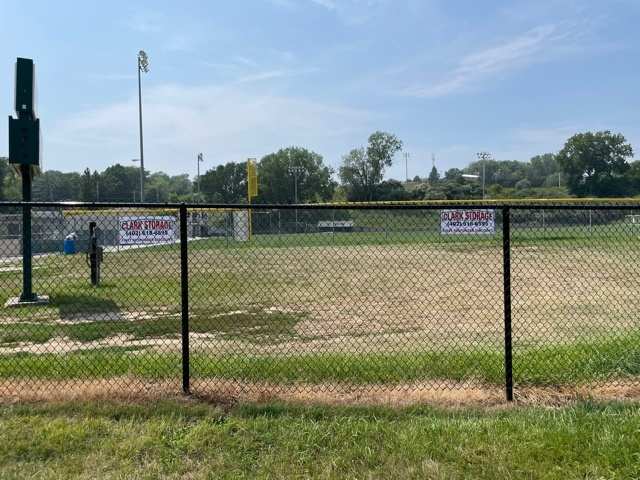 Got proofs back from the Bus Bench folks.

Decided to have a little fun. This area is near our Zoo. One of the benches is at the main entrance/exit for the zoo. Decided to put animals on the signs. Probably not the best advertising move. But life is about more than Self Storage. The butterfly picture at the bottom right is too small for drive by. They will just use one butterfly and make it bigger.

They have put the bus bench signs out.  They look good, but this is real flimsy material.  Have a message in to see if they did they temporarily, until they get permanent signs in place.  This whole area is near our city zoo, so I decided to add some animals as an attention getter.  Now will have to set back and wait a few months.  Re-analyze our customer mix and see how many are coming from this area.  We also have doubled our google ads and honed them into 4 zip codes covering our marketing area. 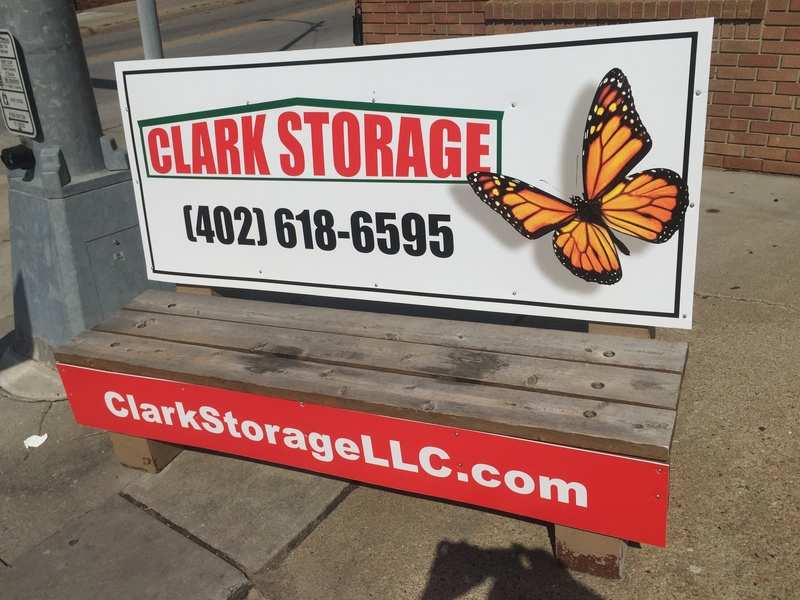 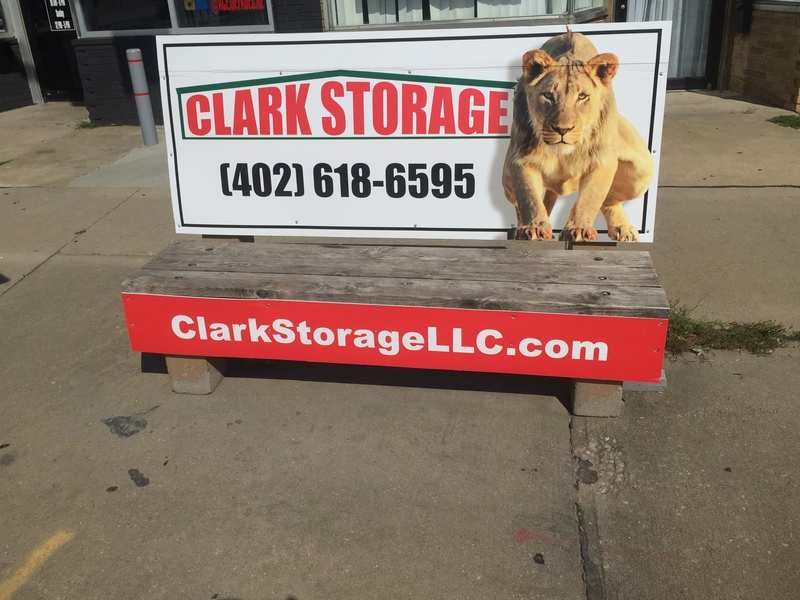