So I've owned a 12-unit in Cincinnati (Evanston) for a little over 2 years. Most units are studios (efficiencies). I'm out of state.

It seems as if the rent has been going up. I remember when buying the building, there were many units avail in the under $400/mo range, but now it seems like most are around $500/mo and higher. I'm just curious to get other people take on this and see if I'm reading this right, or whether it's just a seasonal thing or something else. If there is an increase indeed, is it mostly due to better local economy or higher costs of multifamily acquisitions and operations?

I'm curious to see what others have to say about this as well! I know that there's a lot of positive prospecting about the trajectory of the less prime East Side neighborhoods (especially Evanston). I know of several YP's who have moved there after being priced out of Hyde Park/Oakley/etc.

I own about 50 units in Cincinnati and I live here. The rents have been increasing over the past 18 months. I have increased my one bedrooms from 500 to 625 and two bedrooms from 600 to 725. I am getting ready to turn a one bedroom in Kennedy heights and I am going to do 685.00. My opinion of the rent increases in the area are the large luxury mulifamilies that have been built in the area. The rents are 1100 to 1500. These units were built with restaurants, grocery and breweries, movie theaters etc in the complex so everything is walkable. When you use rent o meter it pulls these rents in. Just my opinion!

I am seeing a lot of units get turned as well. As new owners take over buildings that were once owned by long time holders there has been a desire to bump up the finish levels and increase rents. Rent demand is there as well so building owners see a benefit for increasing rents.

I have moved my Union Township (East of Cincy, Clermont County) buildings to 625 for updated 1 bedrooms, from 475 when I purchased them in 2018. My Deer Park duplexes are getting 675 for 1 bedroom, and 875 for 2 bedrooms.

Thanks for the feedback. May be a combination of improving economy, population remaining stable, some neighborhoods becoming too expensive and lowering units supply, some new luxury units as someone suggested and possibly newer investors buying MFs at higher prices, needing to raise rent, as well as just existing investors trying to bump it up. So seems like everyone commented here is kind of in agreement that it's really happening

@Stephanie Skinner - 50 units is respectable in my book. I have half your amount, most of my props are SFRs. How long have you been investing in RE?

I have been investing since the end of 2011. There were lots of good deals back then. I want to buy more but it is hard to get a good deal.

We are always pushing our rents across all neighborhoods. If you have a good product people will pay for it

Rents are steadily increasing, moving the market’s average effective rent to $972 per month. This is an increase of 11.83% over last year.

@Guy Azta Your apartments are in Deer Park? Mine are around 850 ft, but very nicely updated, I renovate everything I buy. My tenants could not believe they were that price. I have 80-100 messages in a couple days of listing my apartments. I will probably go in the 900s when I have a vacancy. Depending on your location and unit quality, it sounds like your PM is under renting them.

Hey @Guy Azta, as most everyone has already stated, rents in Cincinnati are going up.

I thought I would add to the discussion by referencing some data and looking at the various sub-markets within Cincinnati.

Over the past 4 year, rents have increase on average 8.7%. However this growth has not been distributed equally among the entire city.

The following first chart shows the trend in median rent as reported by the census bureau for the whole of Cincinnati.

The second demonstrates how rents have increased more in some areas and less in others. The greener the color the higher the rent increase. Most areas saw modest rent increases and a few even experienced a decline.

Lastly, the third graph shows the distribution of rent increase percentages as a histogram. Notice most areas cluster in the center a bit above zero. A few outliers can also be seem in the far right side of the chart.

I invest in Dayton and had done a lot of market research before diving in.  I am not so well versed in the details about Cincinnati, but will share what I have seen in the market.

Reasoning for the rent increase:

Jobs have been coming to the area for a bit and rent rates lag behind jobs.
Cincinnati and Dayton are tied together a bit and growing towards each other.  Cincinnati relies on pulling work force from outside the city.

There has been companies relocating to the area with enough growth that Cincinnati and Dayton were considering a bid together when Amazon was looking for new headquarters.

The effects of the recession dragged on longer in these markets, with staggering foreclosures in Dayton through about 2015.  2016 was when people started first flipping houses in Dayton, not sure of Cincinnati, but with about an hour or so between the two, I can't imagine a huge difference in the landscape.

I have seen a lot of developments popping up between Dayton and Cincinnati as the area revitalizes.

Most existing stock sells below replacement value, so unit supply will be constrained to existing buildings.

I wouldn't count on too much more noticeable growth.  The numbers on the milken report (ranks cities based on jobs primarily) showed some decline in Cincinnati.  Dayton had decline in 2017 and a little growth that brought it back to the 2016 ranking. 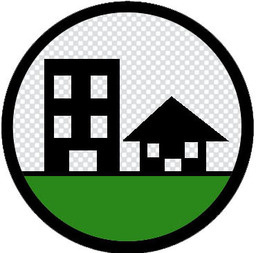 Interesting feedback. Thanks all. Well, to summarize - rents are on the rise

@Stephanie Skinner - 2011 was a great time to enter. Good for you. My broker keeps saying there are very few things for sale over there right now. It's good for you as an owner, but not so good if you're looking to buy more ;-(

@John Lenhart - nice hearing from you again. My building is a bit odd in the sense that it's mostly studios (efficiencies) and 2 bedrooms. It's possible it used to be all 2 bedrooms back in the day, and the units were split over the years. So what do you charge for studio unit? We charge $475 - $495. I personally don't know that the type of person looking for this type of living arrangement can afford much more than that. We currently get $725 for the 2 bed. It's a pretty large space - around 950 sqft.

@Joseph Cornwell - the building is in the Evanston, right on the edge with Walnut Hills. I could say Walnut Hills if I really wanted to ;-) Just like they started calling Bushwick in Brooklyn "East Williamsburg"... Seems like your building may be higher class than mine. We do really nice renovations and updating, but I cannot see us getting anyone to pay $900 for the 2 beds, even if they are a bit larger than yours. Where is your building located?

@Art Perkitny - thank for the data. Very interesting. Yeah, rent growth seems kind of uneven. Some of the high growth in areas I wouldn't expect, but I do not know Cincinnati all that well being outta towner

@Ryan Scott Isacksen - I was looking at Dayton (and a few other Ohio markets) when looking at Cincinnati at the time. From what I've seen, it seemed pretty comparable. I went for Cincinnati, since I generally prefer larger population base (even though being in Los Angeles, almost all markets seem unpopulated in comparison), but could have ended with something in Dayton had the right opportunity presented itself at the time. You bring a very interesting point about the slow rate of working off the recession. Never thought of it like that. Wasn't it Mark Twain who said he'd rather be in Cincinnati when the end of the world comes...

@Guy Azta for the studios, one thing I would try and find out is what the subsidized units will pay for a studio or something with similar sq footage and amenities. Do you pay heat, water, etc?  I saw a unit in Walnut Hills recently where they were being rented for $700/month (2 bed) and then Section 8 came in and said they would pay up to $950/month for the unit. This is a good way to determine what the baseline could be.

Rents are starting to push up and there seems to be more demand for renovated product. Cincy rents have a lot of room to increase compared to similar metros and we're starting to see people put out a better product (e.g. updating those ugly pink or green bathroom tiles) and commanding higher rents. 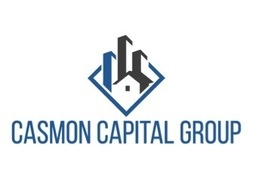 Hi all, I have been looking at  pulling the trigger on a rental in Cincinnati. I have some in Cleveland East and I've learned what areas to avoid.  Is there any zip codes or neighborhoods that is a warzone or just gangs etc ? It's not my preference to invest in too rough of areas.