Overall the Houston market remains strong, but there is some concern about the days ahead.  Class A rental market is improving with fewer concessions having to be offered by the owners, but there are several projects coming to market in the next 12 months that may change this.  In the luxury rental area it is still all about the lifestyle experience with many properties being of the mixed use variety offering street level retail and dining with living above.  One of the developers told the story of a property in Dallas where tenants using the pool on the roof can order food and beverage from a restaurant on the ground floor and it will be delivered via drone.

One area of surprise to me was the high-end condominium sales market is still very strong.  There are several condo projects under development and many individuals who bought in early have seen as much as 15% appreciation by move-in day.  Houston has been behind the curve on condo development and is just now beginning to catch up.  The empty nesters of the inner loop are selling their house and buying condos.  One of the most in-demand amenities in these properties is pet friendly units and common areas.

A couple of panelists were from New York and with the new rental regulations that recently went into effect, many of those investors and developers are looking elsewhere.

One common theme that seemed to carry across several panels was that many developers were having to "re-educate" their investors as to what realistic rates of return are today versus just a couple of years ago.  Some are seeing terminal IRRs as low as one-half what they were just a few years ago.

The one panel that truly intrigued me was the panel on attainable and affordable housing.  As in many markets, this is the one sector of the Houston market that remains underserved.  The panel consisted on the CEO of a non-profit that has developed approximately 1400 low-income units, she claims that this market segment is underserved by a factor of 4-to-1.  The second panelist specializes in small affordable units for new workforce entrants that want to live near their work, he actually told the audience that his segment is so underserved that he invites more competition. The third panelist develops work-force housing outside of the CBD area, but near public transportation centers (which is very lacking in Houston).  The last panelist was from the City of Houston to discuss how the city helps to encourage these developments.  The second panelist brought up the point that the City needs to adjust its building codes to adapt to the new realities.  He has to build far more parking than his tenants needs because the city's occupancy/parking ratios require it, about 1/3 of his tenants do not own cars.

Overall it was a worthwhile and very informative day.

Very informative. Thanks so much.

Houston has lead the nation in job growth for the last few years, and in areas other than energy.

Population growing, employment growing, but rent growth has been slow compared to other major markets.

I attended an industry event yesterday as well.  I found it surprising that according to RealPage overall Houston Class C space has negative rent growth recently.  Class A & B saw positive rent growth at 1.5% or less.  Overall, demand remains strong and increasing across all classes. 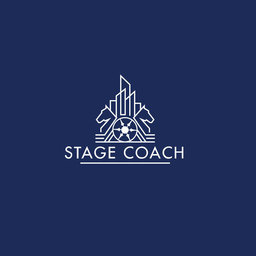 @Evan Holladay can assist you on this one.

Thanks for the tag @Dan Handford ! Yes affordable housing and development is a big part of what we do at Holladay Ventures! Would be happy to discuss further if you would like. Send me a direct message. Cheers!