This statement (and ones similar to it) is probably the most common thing you’ll hear in Hawaii. I would imagine the same is true in other high cost/low cap rate areas like California and some East Coast metro cities.

I'm not wanting to start a debate as to what is better, cash flow or appreciation. My point is simply this; real estate investing is possible (and profitable) in Hawaii.

You give me someone who has a solid job, saves, and is willing to sacrifice for a little bit and I can show them how to become a millionaire in real estate in Hawaii. Man, that comes across so arrogant. But anything more subtle just seems to fall on deaf ears.

Two real examples (both on Oahu) that I think are relatable to a broad range of people:

1.  Kimo and Lani (pseudonyms). Both completed college and started working as humble teachers, with annual salaries of $30k and $40k respectively. For the next two years they lived with Kimo’s parents, drove old cars, never went on vacation, and rarely did any recreational activities that cost money. Basically they lived a simple life and saved every penny they could.

With their money they purchased real estate in Hawaii:

Year 3 – Sold the studio and purchased a 1 bedroom condo

Year 4 – sold the 2 bedroom and purchased a duplex

Year 5 – sold the 3 bedroom and purchased a SFH

*By Year 14 their net worth was about $800k. All while working as humble teachers in a city where a gallon of milk can cost $8!

*After Year 4 Lani was only a part time teacher, meaning they only had 1.5 incomes.

*No out of pocket money was used after Year 3

2.  Kawika and Pua (pseudonyms). Have two kids. Combined annual salary of $100k. Have a small savings of $25k. Purchased a duplex (4 bed / 2 bed) and they rented out the 4 bedroom side. After collecting the rent, their monthly payment was $500. They then saved every penny they could and purchased a studio the next year. Now they save every penny and pay down the studio’s mortgage. The plan is to sell the studio and buy a 3 bedroom condo. Then eventually sell the 3 bedroom and purchase an apartment building.

*Their plan is modest

These families are not wildly rich, but they are comfortable, which is nothing to sneeze at. There are certainly examples of average people becoming tremendously wealthy through Hawaii real estate (like the family of teachers with a $50m portfolio), but that’s for another day.

So much more could be said (and probably will in the comments). Cash flow is better than appreciation, who would want to sacrifice, I want cash flow now, I have too many kids, there are better strategies, my situation is different, etc.

For me, it's a no brainer.  Sacrifice for a little while so that you and your children's families can afford to live in Hawaii Nei.  No need move mainland.  You can do it! 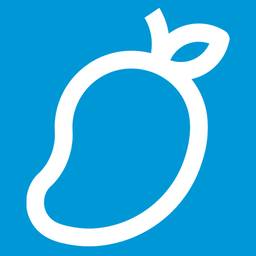