Hi my husband and I are just starting to invest in real estate. Is turnkey a good start?

@Shaye Pentino I could be...depending on you and your strategy. I was actively investing in single-family homes for many years and determined that passive investing was a better strategy for me. That doesn't mean passive investing is the right path for you though. Turn-Key is nice because you can "hit the ground running" in real estate without lengthy delays and rehabs and hand-on work; however, it is not a truly passive model if that's what you're looking for. Even with a property manager to oversee it, you will still have vacancy issues to consider, tenant issues will occur and common home problems such as a hot water tank breaking or leaking will happen. I chose to shy away from all of this completely over time, but I still "park" my money in real estate. I invest passively in real estate syndications, but again....everybody is different. It depends on you, the deal itself, and how involved you want to be. Best of luck! 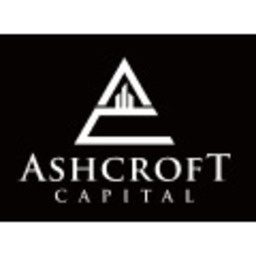 The primary benefit of Turnkey is the ability to achieve Cash Flow from day one, without requiring any work in terms of renovations or the like. Plus, you don’t have to manage the property yourself. If you have the initial capital, it can be a great way to get started in buy and hold rental investing. Great property management is the key.

The potential downside in Turnkey really comes down to the higher purchase price. Since essentially all the renovation work has already been done to make this property successful, then it will come with a premium price tag. And the more we have to pay to enter an investment, the more limited our earnings potential will be.

That doesn’t mean it won’t cash flow. I have numerous Turnkey rentals that cash flow nicely. However, it should not be counted on as an appreciation play, since appreciation will be dependent on the market and not really on any value that you’re adding as the owner.

Thanks very much! We just need to rip the bandage off and start. Hopefully we will learn and find our niche!

As with any other investment, it is critical that you kick the tires - hard and often - before you buy, especially if you live in an expensive area and the turnkey "opportunity" is another far away city or state.  For example, from the perspective of a San Franciscan, a $60,000 turnkey house in Cleveland may sound like a bargain when, if fact, it may be worth $40,000, $30,000 or even less.  Given the fact that no one (and I mean no one) wants to live in a war zone (and many of these marketed homes are) there is zero demand and, accordingly, a nice-looking property may even have zero value (i.e. you would have to pay someone to take the tax liability and demo cost off your hands).  In short, research the market carefully before you buy.  This is hard work.  You need to get to know which major streets divide neighborhoods, how those neighborhoods compare, etc.  When you can get off a plane, rent a car and drive the city without a map, you will have completed enough research and you should do this before you buy.

Whatever pro forma numbers you will be shown will NOT reflect your reality over any period of time in excess of a year or two and may not reflect your reality from day one.  The few dozen pro forma's I have seen over the years all seem to contain overly optimistic projections of cash flow.  If they were real numbers, then I would suspect the turnkey promoters would hold the investment rather than selling it.  Consider this: say you are shown $3,000 in annual cash flow?  Looks good for doing nothing after your initial investment but consider that one faulty roof will wipe out three years or so of "profits."  Things break, especially in "bad" areas.

If anyone can produce a turnkey investment that made them money in excess of a good CD rate (say 2.5%) through cash flow after three- to- five years, I stand to be educated.

It definitely can be. I interviewed a friend of mine on my show who started with turnkey. At the time of recording, he and his wife owned 13 doors, all turnkey, and were continuing to grow.

No matter what you do, just get going. Don't let analysis paralysis stop you for too long. 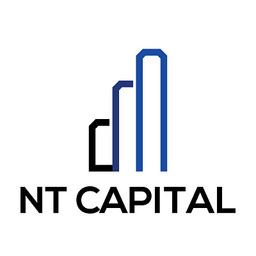 Hi my husband and I are just starting to invest in real estate. Is turnkey a good start?

Yes, Turnkey is a great way to get started. If everything is done correctly, the provider should do it all for you. They should own the property first, renovate it, place a tenant, and then manage it after you purchase it. It should be very passive for you and income producing.