Had a small roof leak and we discussed him fixing the work and agreed on a price just to patch the leak. It clearly states in the lease and we had a verbal agreement I would make an acceptation this time.

Well he sent me the bill and receipts and also stated that the bathroom faucet broke and drain line need to be replaced and billed me a extra $100 for parts and labor to repair that which we NEVER discussed or if there was even an issue. Worked fine when they moved in.  Sounds like he though we was doing me a favor by quick fixing it which I understand but would have been nice if we would of called me first and let me know.

I looked at the receipts and looks like about $50 for tools to do the job and $30 for parts and $20 for labor.  He charged me to buy all the tools also, pliers, tube cutter, plumbers tape, ect...

How would you handle this? Tell him this is a one time exception and future repairs need to be told about BEFORE making repairs or make him pay for it? I did not talk to them yet since I just got a letter with the rent about 4 days ago. Also I did not go over and verify that he did in fact fix it or replace the faucet and drain.

Why do you have your tenant doing repair work?  I think that's a very bad idea.

As it stands, I would pay him only for the work he was  authorized to do.

As they say, get everything in writing.  I refuse ALL tenant repairs and must therefore accept all complaints and requests for repairs - - fine, I accept that.  There's all kinds of reasons to disallow such repairs - - and you've fallen into one such.


As they say, get everything in writing.  I refuse ALL tenant repairs and must therefore accept all complaints and requests for repairs - - fine, I accept that.  There's all kinds of reasons to disallow such repairs - - and you've fallen into one such.

That what I am thinking.

Also he does construction work /contractor for a living.

Having tenants do repairs seems handy at the time but it puts them in the wrong mindset for a good tenant. It flips a switch and now they feel empowered to fix or change whatever they want. They go from being a tenant to viewing themselves as a maintenance man or manager. When I was a property manager we even had a guy's son start bossing the neighbors around because his dad was "in charge" of the complex. Not exactly a comfortable environment. I cant tell you how many buildings we took over where we had to remove the owner's old on site manager. Once that switch is flipped they don't seem to be able to give up whatever power they thought they had and it can cause a lot of problems with the new management style.

thank the tenant, verify the repairs keep or return the tools, and next time request all repairs to be in writing and approved

As they say, get everything in writing.  I refuse ALL tenant repairs and must therefore accept all complaints and requests for repairs - - fine, I accept that.  There's all kinds of reasons to disallow such repairs - - and you've fallen into one such.

Also he does construction work /contractor for a living.

OMG;  RUN.  They know  everything and you will become the puppet!  Stay in control by denying the request and demanding to be responsible as the Owner/Manager/Operator

I agree with the above statement and only compensate him for authorized work. I have had my tenants in past make small fixes to the property(depending on their skill level). Saves me having to pay a trip fee to a contractor.

Worse case let this one go and communicate to tenant this is a one time thing(since it sounds like he did it in your best interest). 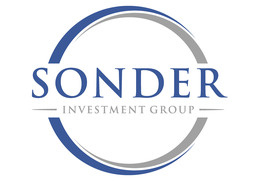 Jimmy, I couldn't agree more with @Account Closed .  If the work is up to par (and even if it's not) pay the bill and chalk it up as a lesson learned, and make it clear that you will handle any future repairs.  Not saying a roofing contractor would have been cheaper (I am sure he would not have been), just think it's a VERY BAD idea having someone that's not an insured contractor performing repair work....especially on a roof.

If you want to throw a wrench in your real estate investing career, I can't think of a better way than having an unlicensed, uninsured tenant falling off your roof doing work at your request.

The fact that he's a contractor doesn't mean much. I'm in the process of closing on a couple of buildings where the current owner had a tenant "contractor" maintenance guy. We had to stipulate in the purchase agreement that he was to stop all work immediately because he was "remodeling" one of the units and ripped out a load bearing wall to open up the kitchen to the living room. He spanned a 4x6 16' to support the trusses... They've dropped 3" in the middle. He also ran the 220 for a laundry room he ripped out over to the garage where he planned to put the new one. The wires were twisted together, covered in electrical tape and about to be buried in the wall. When I asked how he planned on getting the plumbing to the garage he said he hadn't thought about that...

Why wouldn't a contractor/construction person have ANY tools?  Verify the work, chalk it up to some learn for next time tax and make all future repairs go through you.  My folks don't paint or 'fix' things. Good discussion, though!

And keep the friggin tools.  You paid for them!

I don't have my tenants do any repairs, but it sounds like he did this without your permission so what's done is done.  I'd probably just reimburse him for the parts this one time and tell him not to do it again.  But I would not pay him anything for labor.  I can't believe he charged you for labor when it sounds like he's the one who broke it and you didn't even authorize him to do the work.

they already said it, but if you pay the bill you get the tools.   But why don't this contractor have a couple wenches?  That's all you need to repair the drain and a faucet!

To not make a big deal and lose rapport, i would thank them but tell them anything in the future will be rejected per the lease.

I wish I had two wenches!

But seriously, he scammed you.  Take the lump; pay him the repairs, keep the tools you "bought" for him to use, and then tell him you will use your own contractor from now on and if he fixes anything, it's on him.

Doesn't sound like you got nailed too hard.  I agree with the above, take it on the chin and learn your lesson.  Go to your property, pick up the tools, inspect that he actually did the work and check against the receipts he gives you.

Whether or not you let him do repairs again is up to you.  20 dollars for labor is as good as you're ever going to get.  My tenant has done repairs, he does a decent job.  I think he'd rather just do them because he knows how and he doesn't want to have me coming over and being in the house for several hours doing stuff.   Your tenant may just figure he can do the job and doesn't want to be bothered.