We have applicants who seem like the perfect tenants but can't move in for two months, or another applicant who is only grade B- (based solely on income, otherwise they check out fine) who can move in right away. Both will be there long term- 1 year +.

The Grade A+ renters can give first, last and deposit right now and will be a higher monthly rent. What would you do?

Just curious, why would you charge better tenants higher monthly rent? My understanding is that generally you charge the riskier tenants more?

I think I'd take the tenant that can move in now, since 2 months is a big chunk of change.

But i'm just a lurker here, haven't bought a rental property yet.

I also ask why you'd charge two different family's different rent for the same place? You base your rent off the market.

You could ask the Grade A applicants if they'd be willing to go ahead and sign a lease now even though they don't plan to move until later. Explain to them that you wanted to offer this to them but that you have another applicant willing to move in now.

Contracoin
Bridging between Crypto and Real Estate
Get ready to buy your next property using Crypto
Using crypto to own property, leverage #CTCN in buying your next home and more
Time to buy property

Extra rent is for pets- They have pets (we actually really like pets- the property is set up perfect and it'll bump rent $100/month for two). Grade A will sign and give us deposit tomorrow if we want to hold it but they're not willing to pay for two extra months. We'd have to eat the two vacant months to get them in there. Not sure if it's worth it.

Yeah, if they're not willing to pay for the 2 months prior to moving in, then looks like you should get the next-best applicants in line.

Compromise with a longer lease?

Thanks folks- super helpful to have more input!

I think we'll tell them were going with next in line but give them the opportunity to compromise- I like the longer lease compromise idea. That'd be ideal for us.

I think a better compromise would be having them pay one of the two vacant months.  A longer lease is nice, but they could break it.  Cash in hand is worth more to me than the promise of a longer tenure, especially since it may lock in your rental rate to a sub-market value towards the end of the lease.

That is what we're aiming for- to split the difference. I cannot stop thinking of landlord after landlord on the bp podcast that value strict tenant screening so highly! We're willing to take a hit to get someone great, but I think we're valuing great tenants too highly at this point.

And that's a really good point about the market in a year- it looks like pet friendly rentals are getting even more valuable in town.

Over accommodating up front may set the wrong expectations for the remainder of the lease.  Be nice but not too nice:)

longer lease is actually a benefit for the tenant not the landlord.   If a tenant wants to move they will probably just break the lease and you are SOL.  On the other hand if rents go up, you are stuck in a longer lease and forced to honor it.

I agree with @Gloria Mirza

Great points! A longer lease by just a few months would bring us into a more convenient time of year for us. We'll be talking to them tomorrow and will probably just ask to meet halfway as far as the lease.

The difference in renters is mainly income but a few other things. A+ have over 4X monthly income and really want to live there- they like the setup and I believe will be there awhile (pets). The Bs would make just over double rent. they also don't have a previous rental reference (they owned before) and the bathroom setup is a little thin for their bigger family (3 kids one tub?)

2 months is a long time. A lot can happen for the A tenants to blow you off. They need skin in the game in form of a serious non refundable holding fee that you are willing to turn into security deposit at lease signing. Otherwise, you have handed your power to them.

For me, your initial comparison of the two tenants is off.  There's more than just income separating these two applicants.  Kids vs pets?  4x vs 2x income? No previous rental reference for the B tenants?  What else?  Job histories?  Credit scores? Gut feel?

To me, it sounds like the couple that wants you to wait is MUCH more qualified, not just slightly more.  Generally I would wait for good tenants like that, but I know I'm in the minority. Yes, it's a hit on the empty place for 2 months but it's worth it to me for truly GOOD tenants.

The longer lease would not be something I would want.  I do month-to-month because I don't like being locked in to keeping people if I don't like them.  You could try to get at least one of the two month's rent out of them by telling them you have other people, but it could backfire and they could tell you go to ahead and rent to the other couple.  If you're OK with that then it's no biggie, but that would not be the result I would want so I probably wouldn't risk it.  I would make then sign the lease ASAP though, and give you security deposit and other monies you require.

Edited to add: The more I think about this the more I would advise you reassessing these applicants.  Why are the B applicants renting after owning?  Did they move from another state?  Or did they lose their house?  I also find that applicants who shop for places to live TWO MONTHS before they need to are generally the very responsible type.  They're planning ahead, preparing for their upcoming move.  Those are generally people I want as tenants.  Responsible, prepared, forward thinking.

Sam, if you're considering eating 2 months of rent to get an A+ tenant in there, how many more A+ applicants would you get if you dropped the rent by 10%? At the end of 12 months you'd still be better off then agreeing to effectively take a 1/6th reduction in rent...

Just go with the people who can move in now and get that cash. 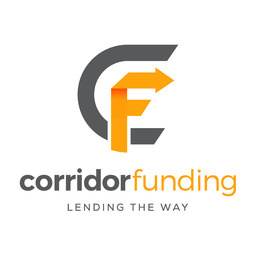 This was excellent to hear everyone's different thoughts, thanks again!

- the Bs are relocating and sold their home from a way cheaper area so don't want to buy. They have stable but low paying jobs.

- regarding 10% lower rent- were already pretty low for the area and probably the best deal for pet owners. We have about five other applicants that are reasonable.

- they've already agreed to pay a hefty non refundable hold fee, security dep and first and last before move in.

So, here's what things are looking like: there's an additional bathroom we want to add but were planning to wait for after this lease. But, these folks are willing to meet us halfway AND pay higher if it has another bathroom- so, with an extra month well have a contractor put it in - it'll pay for itself with the additional rent these folks are going to pay if they stay 18 months.

Would love to hear feedback- good or bad! On what we decided. Thanks again!