So I wanted to have an open discussion of my current situation. I have multifamily unit and I am currently looking for a tenant. I have the price at a reasonable price and I came across this one female who has great income and job history. I am currently waiting for her POR so I can just ask a few questions from her previous landlord. My issue is that it is a 1 bedroom and she wants to move in with 3 kids under 7. I just want to hear some suggestions and opinions and options. I am very new to real estate investing so hearing what I should do would be great

Tread carefully and consult an attorney if necessary. you probably can't refuse her just because she has kids and could get in trouble and I'm not experienced enough myself to tell you how to say no in a way that doesn't get you in trouble.  I do believe it's as simple as "No" with no explanation but again, as soon as you start to talk about how she has kids.. it could become a situation where she feels discriminated against for having kids.

Unless it's a big place square foot wise. I probably wouldn't rent to FOUR people with one bedroom.

@RJ Reynolds thank you so much for your comment and I haven’t said anything about kids she was checking out the unit and mentioned it. The unit is very small and for 4 people especially the small children I’m not sure it will be enough room. Thanks again

Find somebody else . They will destroy the place

@Dennis M. Thanks that’s another thought that came to mind!!!

4 people in 1 bedroom is too many. Just say no.

Definitely no. Too small.

@Craig Jeppesen I agree! Thanks

You should have a hard and firm rule about occupancy.  My parent always used no more than 2 people (note, people not kids) per room occupancy.  They only were in non-compliance with the rule when they rented to the maximum occupancy and the renters got preggers and added another kid.  That situation you can not avoid.

BTW, if she has 3 kids under 7 she will have a boy friend moving in shortly.  It always happens!

Federal housing guidelines go by square footage and per bedroom, but it is a bit confusing. Also, your local city/state regulations may have specifics, but in California, the accepted occupancy limits is 2 occupants per bedroom plus 1 occupant. So under normal circumstances, a typical 1 bedroom unit will occupy up to 3 occupants.

@Lynnette E. Yes thanks I agree so I just decided to list again but being a little more clear on the occupancy for the living space and if it takes me longer than I just rather have the right tenant!

Obie Insurance
Coverage for your rental
Get a quote for your rental property in 2 minutes or less.
Save on landlord insurance. A transparent, simple, and affordable way to protect your investment.
Start Saving

As @Hubert Kim mentioned, I would use the HUD guideline or your local municipality, whichever is more restrictive. In my area it's pretty easy because Code Enforcement places a limit on each unit (and they put that limit on the CO). They use the HUD limits, by the way.

Definitely point to the occupancy limits when rejecting, rather than size of her family.

Moving forward, market the unit with the occupancy limit in the ad.

@Wesley W. Learn something everyday I am going to check that site out because this will be an ongoing process for me and yes from this point forward I am going specify my occupancy just to avoid this situation again

@Ronesha Fisher A lot of towns and cities have occupancy limits when it comes to the amount of people who can live in an apartment based on the number of bedrooms. Check into that before even considering this applicant any further would be my suggestion. 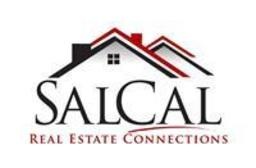 
You should have a hard and firm rule about occupancy.  My parent always used no more than 2 people (note, people not kids) per room occupancy.  They only were in non-compliance with the rule when they rented to the maximum occupancy and the renters got preggers and added another kid.  That situation you can not avoid.

BTW, if she has 3 kids under 7 she will have a boy friend moving in shortly.  It always happens!

I hold the standard of no more than 2 occupants per room. So if it is a 1 bedroom I would say 4 is way too many unless there is some kind of bonus room. The other thing I would add is to listen to you gut if it gives you a negative feeling. We all know not to rent to someone just by gut instinct, but I will say any time that a person looked good on paper but my gut said no, it turned out badly if I rented to them. Also I find children tend to be more destructive to an apartment than animals. So how would you feel if it was 1 person with 3 dogs?

I spoke with my lawyer about this exact scenario. I limit occupants which she says is completely legal. My units are mostly 2 bedrooms so I never allow more than three on second or third floor. It’s not age dependent. It’s a disturbance issue no matter the age.

Just say that you can not accommodate the amount of people . I always turn down people if space and usage do not connect work

@Brian Hamel I was saying the same thing because with a female living downstairs by herself it will be to much bearing babies cry and she’s one of my best tenants!

I recommend you read the specific HUD memo that addresses occupancy. It states that a general rule of two occupants per bedroom is acceptable, but not absolute. If someone were to file a discrimination claim, they would look at other details including layout, size of the rooms, state / local rules and age of the occupants.

For example, two adult parents sharing a one bedroom apartment with their infant child is allowable. Strictly enforcing a two occupant per bedroom rule in that case would be a fair housing violation.

If a bedroom was oversized, it may accommodate more than two children. In that case restricting to two occupants would be a fair housing violation.

There is also consideration given for someone sleeping in a living room, which is where the often cited "2+1" rule comes from.

State and city also may have rules that further give guidance.

Assuming in your situation the bedroom is normal sized, it seems completely reasonable to tell the applicant they exceed the number of allowable occupants. Explain it is for their safety. Occupancy standards are a direct result of fire safety concerns.

Read this document which is HUD's guidance on the issue. You will see a strict "2 per bedroom" rule doesn't cut it.