Hello BP Community, I have a question regarding one of my new tenants.

I had a tenant sign a lease with me at the end of May. On paper she passed with flying colors - 3X income, good credit, positive landlord references, high credit score, and clean background.

Ever since she’s move in, she’s done nothing but text/call me with complaints and making demands such as:

- Requesting a new stove because she felt the existing one was old. It was still perfectly functional, however I replaced it.

- Demanded that security cameras be installed on the exterior of the building.

- Complained about small amounts of dust she found in the apartment.

- She wanted to upgrade the window ac units so that she can have WiFi capabilities to control the temp when she’s not home.

- Demanded that her shower was broken and wanted a licensed plumber sent immediately. After I went and investigated further, it turns out she wasn’t pulling the faucet correctly.

Now she’s making all kinds of accusations that I’m over charging her for rent and that I trapped her into signing with me. She’s gone as far as to insult my ethical values and threatened that she’d report me to the government.

I’ve been very responsive throughout her time with me and tried to make sure she’s taken care of, however it seems that whatever I do isn’t enough. As hard as I try, I don’t think she’ll ever be satisfied with my efforts and the apartment. I’m at a breaking point and decided to put together an addendum changing the lease term from 1-year to month-to-month. If she hates my unit so much, she’s welcome to leave now at anytime.

Did I do the right thing? How should I have handled this?

What screening tool did you use? Cozy, TurboTenant? Did you call her previous landlords? Not just her current one but the ones before that? Current landlords will give a good review to get her out.

We had a similar experience and thankfully got them out through personal connections. I think that these type of people are professional con artists. It was a nightmare. I feel for you. I don't have any advice except to get her out ASAP.

You can't just change the terms of her lease unless she agrees as well.

I'd say to her, "apparently you aren't happy here, so if you would like to find a more suitable place, I'll let you break your lease with no penalty".

She's done a pretty good job of getting you trained and if you don't put a stop to it, it will only get worse.

@Spencer Hoogveld I believe she is training you, and doing a pretty good job which indicates she has done it before. It is in our nature to want to please people; but don't worry that will go away. The unfortunate thing about LL references is that people don't really want to say anything negative; and you have to read between the lines.

It seems that you have a pretty good handle on the next steps so hopefully you can train her, and your next tenant will be better. All the best!

We had one like that (who also came highly recommended), BUT we only have month-to-month rental agreements so it was an easy fix.

@Spencer Hoogveld . You made a mistake in replacing the stove. You should of just told her that she rented the unit in its current condition and you are not planning on making any upgrades at this time. Since you already did that though I would just let her know that you will not be making any additional upgrades at this time. If she persists you can let her know that you want her to be happy and that if she is not happy there that you will let her out of her lease without charging her any lease termination fees if she vacates the unit by the end of the month. She will either move out or deal with it.

If she decides to stay just respond to each request with the same message that you will not be making any additional upgrades at this time. Only respond if there is an actual repair such as a leaky toilet. And wait a day or two to respond to her messages when they are about upgrades. She will get the message that you are not going to upgrade anything for her.

She already signed the lease so you can’t change the terms now. If her behavior improves before it is time to renew it then renew it. If not serve her with the proper notice before the lease terminates that you will not be renewing it.

Did I do the right thing? How should I have handled this?

I wouldn't have swapped the stove.  She leased it as is.  I'm also just the helper or manager. Some requests are above my paygrade.  After the stove, the snowball began...

I try to show my places almost ready but not quite to weed out nitpickers.  They can't help but flinch and scrunch their little noses at tools in a closet and a not yet re-painted bedroom. I may have forgotten to bring an application. Lots going on and I'm just the bumbling handyman...

You want solid b class tenants that are flexible and tolerant.  My spiny senses go up when they qualify so well they should be buying.

I agree with John, but I wouldn't do month to month, I'd tell her she is clearly not happy and you are offering her a one time out of her lease.  She knew the condition of the unit when she moved in and rented it as is.  So if she thought the stove was old, that's too bad.  I would not have replaced it.

I wouldn't just create an addendum and say its month to month now sign.  I would be sympathetic to your tenant first. Lay down the law and let her know that is what it is, based on the initial walk through and what she agreed upon.

Originally posted by @Angelique A.:

Guuurl bye, lolol   There is no amount of money in the world imo that is worth giving up my inner peace.  See, this is why people don't like to rent to single women.  Oops, did I say that, lol.

This isn't about the stove, cameras, dust, ac unit, shower, or ethics.  This is psychology issue that will never be fixed (legally) with with a hammer.

I would not have replaced the stove, like most everybody else said. I’d have a nice and simple chat with her, with me doing all the talking, such as; “the lease terms are the lease terms. If you’d like to leave, then give me a 30 day notice and I will attempt to replace you. If I don’t find somebody, you are responsible for the full rent until I do find somebody. If you have any further issues with this, read your lease again, as those are the terms”.

@Spencer Hoogveld form but fair. She is not special. She wants an AC upgraded so she can control the temperature? What kind of house did she think she rent? Is she renting a 4000 square feet luxury home? Then I could see her demanding some of these things but I'm pretty sure it's your average SFH. She's not going to go to another house for the same price and get better amenities. So lay down the law. Don't give her special treatment(that means don't give in) and tell her if she'd like to request to do these upgrades herself(installing a nest or smart thermostat isn't hard) she can pay for it but if she takes it when she leaves she needs to restore the house back to normal.

Sounds like a PIA but remember her alternatives are nothing better so don’t let her ride you. Her expectations are super high and no one else would meet them. You shouldn’t either

Hope she’s not a millennial, we get a bad rep as it is

I agree with some of the others here. Don't do month to month. She can leave since you offered her that one time opportunity. I know landlording is tough, but you shouldn't let tenants eat away at your soul.

@Jeffrey Bower if you can get her into a month to month and get rid of her that’s your best option. Don’t compound an error by thinking she will magically become reasonable by continued talking. The longer she is there The more misery she is going to cause you. It’s her pathology, not your rental

@Spencer Hoogveld - Tenants like this are the reason to have a maintenance deductible / nuisance call fee I’ve seen some landlords implement. I’ve never had a tenant do this to me to the degree you’re describing. Mostly been like - Hey the light bulb is out - lightbulbs are in the closet. Hey the toilet is clogged - the plunger is in the bathroom or call a plumber. Hey I locked myself out of the house - $50 fee for me to come or call a locksmith. I’d’ve said if I upgrade the stove I’m charging $25/mo more in rent or whatever. Same with the AC. I’d also stop replying to the texts and ask to be emailed maintenance requests and only texted or called if it’s a fire, immediate flood or some other emergency. I’d refer back to the original move in sheet where they say the condition of everything upon move in - everything was working... I’ve met landlords who’ve replaced all the kitchen appliances during a two year tenancy. I think the property manager encouraged it because he got paid an override on all the repairs. 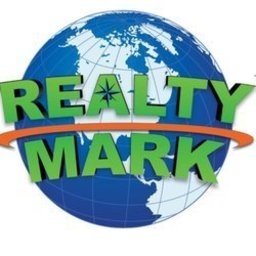