As a first time landlord I am still trying to learn everything that comes with it. This is a long story, so please bear with me.

My tenants recently moved out. Over their stay of three years, we were trying to do it right by not increasing rent (we even started the lease a hundred below market rate), allowed them to be late on payment (sometimes three weeks late), or split the rent in two when they have difficult time on paying. If i stick by the lease them, they would have been fined for $1700 as penalty for late rents over the three years period.

One time they cracked the toilet and instead of having them paid for it, we only required them to cover half of the cost. We thought since they have kids, we should treat each other nicely, just to maintenance a good relationship between us.

On the lease it stated that they have to keep the house in good condition.

A few months before the end of their stay, they mentioned the yard was too small. We decided to help them and moved the medium size fig tree from the middle of the yard to a corner. It was not small task as we did it ourselves. However, while moving the tree we saw the yard was not well maintenance. Sprinkler heads broken, areas of the yard were totally dead (They later admitted they placed things on the grass so a 9 feet x 5 ft section only had dirt left, and the grass around the fence gate were gone due to traffic of dragging the trash and recycle bins. Also they did not used the sprinkler system at all for the time they were there.)

So ok, we told them they have to sod those areas.

Before they moved out, we decided to upgrade the sprinkler system, so the next tenants would have easier time using it.

Once they moved out, the next day I have gone back for a walk through (I had to work on the day they moved out and wife was sicked). They did hired a carpet cleaner, and sod the bare spots on the lawn. However, lawn was not mowed (as requested) because they think the lawn was too soft after placing the new sods on some spots, and some of the Window sills were patched but did not painted. The door guide for a sliding door closet was also broken, and some piece of hardware was still attached to the ceiling. Two Roman Shades had paints that won't come off.

Worst of all, most of the walls have smudges and dirt. I tried to clean them myself with soap and water, vinegar, cleaners but couldn't get those smudge and dirt spots out at all. I later learned they only use maid to clean the house, so that was why the walls were not cleaned. They only used touch up paint of nail holes they have patched, but even the color of the paint was off.

We had to clean the stove as well as they were food particles on it. (shouldn't the maids have cleaned that?)

We have spoken with several realtors and they all wanted us to repaint the walls before listing.

I can fix the door guide (only $5), replaced the Roman Shades with mini-blinds ($8 each because if I ma installing new Roman Shade it would be a lot more), I patched the ceiling myself ($1), mowed the lawn by avoiding those few spots with new sods without any issue (even after it rained), cleaned all of the windows, and bought paint ($13) and repaint the sills ourselves.

My question is, shall I deduct from the security deposit for having to repaint the walls? I understand when people mentioned normal wear and tears, but dirt and smudge that couldn't come out would be consider that too? I want to be fair, but as first time landlord, was I being overly too nice to them in the first place? Maybe ask for partial responsibility? Or left them go and eat it as my first lesson?

Steve, you have to paint the walls.  After 3 years as a tenant, the dirt/smudges are normal/expected wear and tear - especially when you rent to a family.  You can offset the security deposit (as long as you document the damage) for the broken closet and the Roman Shades.  Tenants are normally required to return a property in "broom swept" condition - not professionally cleaned.

All the other complaints with the tenants have no bearing on the security deposit; and actually they were self-imposed.  Somewhere along the line, you started working for them.  Being a landlord is about running a business.   And, when is it okay for someone to pay you late - much less repeatedly and up to 3 weeks?  That's not alright.  Why do the tenants even think it's appropriate to ask you to increase your yard size?  It was that size when they moved it.  And, if a tenant damages your property, they pay for it.  It's called respecting your property.

As a landlord, you have an obligation to provide a safe and functioning property.  That's it. You do not alter the property, move things around, tailor it to their specifications - because it's NOT their property.  Rent is due on the 1st.  (That's a period at the end of that sentence).

Again, you're running a business.  When the business starts running you, it's time to make some big changes.  With new tenants, you'll have that chance.

You are right and I have learnt a lot from this. I will adhere to the lease contract from now on. As a first time landlord I thought it would be better to keep a friendly relationship, hence allowing late payment and moving the trees. Learned my lesson now.

With new paint (eggshell instead of flat), the walls should be easier to deal with in the future.

Chill out . Everything you describe is totally common and should be expected . Be glad it’s not feces ,used condoms or having to remove a corpse . This is just part of running rentals .

- It sounds you were desperate to get someone in - right from the beginning, you started the lease a hundred below market and didn't bring it to the market level at renewal. It's better to wait longer and get a good tenant, fully vetted than to rush to lease and have surprises later.

- You allowed them to be late on payments, sometimes weeks later (!?!), with "sometimes" implying this happened on multiple occasions. Did you collect late fees or otherwise sent a clear signal that being late has consequences? Doesn't seem so.

- They do the damages and you pay half? And after 2+ years of renting they discover the yard is too small and you move trees for them and upgrade the sprinkler system they damaged??? Did they pay anything for the damages created? Did you ask them for remediation of problems the following month of discovery? How many times did you do maintenance inspections during these 3 years lease?

Yes, you should deduct from deposit for damages beyond normal wear and tear.

Yes, you been more than nice to them, on repeated occasions and set yourself up to be taken advantage of.

Yes, you should hold them responsible, but I doubt you have the proper lease and documentation to do this properly, nor you have the stomach to do it and you'll cave in the moment they will hit you back with a nasty reply. Maybe take it as a lesson and learn from it.

At this time, sorry, you are too nice/weak to be in this business. Save yourself some trouble and money and hire a good property manager. 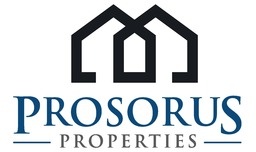 Useful life of paint is 5 years, at least what I have found for taxes and deductions.  So if you painted more then 5 years ago you are out of luck.

For the repairs I hire it out.  That way I have an invoice and then send them an itemized list of deductions and return the remaining or send them a bill along with it.

The other stuff you talked about is a YOU issue.  Run your rentals like a business.  You bent over backwards for people that treated your business like crap.  Live and learn.

Thanks guys. The paint was a month shy of 5 years, so I am out of luck.

I was given the advice to not interfere with the tenants too much, so actually I have not done any inspections, up until the time to move the tree. Another lesson there.

Thanks for posting Steve.  It can be tough to talk about the mistakes, but doing so really does help people out.

I'd just paint the place though try Mr Clean magic erasers first as they get a lot of stuff off. I saved having to paint an outside door because of those.  You sound handy, so you can do the painting yourself.

There is minor wear and tear, but I wouldn't expect to have to repaint after 3 years.  Most of the other stuff is minor, though frustrating.  Charge them for cleaning the oven.

You've learned a lot, mostly if they break it, they need to pay.  Most tenants won't take as good of a place as you would.  I would do regular inspections-for the first year, do a 6 month inspection and after that do an annual inspection if things look good.