Hi everyone. I recently acquired a duplex. On one side, one of the tenants that has been there for many years has slowly filled up his living room, one of the bedrooms, the basement and the ENTIRE garage with stuff. It is not trash, it is simply 'stuff'. In the house it does not pose an issue. But the basement and the garage (which is supposed to be half for one unit and half for the other) being full I have a problem with.

My issue and reason for this post is that the previous owner gave the tenant permission to store his things and there is nothing written in the contract regarding the topic. I know I will be the 'bad guy' by telling him that he needs to move his stuff out of those areas. That does not bother me so much. But I would like a professional and/or legal way to enforce it when he tells me 'but the last owner said I could and there is nothing in writing saying I have to remove it'.

Any help on the topic is greatly appreciated!

"The last owner said I could..."  I recommend telling him that the last owner made no provision in the lease or in your purchase contract to allow the storage.  I would also say that as the owner of the property, you have to obligation to ensure that both duplex tenants have equal right to the property and that the space is used in a way that allows safe entry and exit.  Even if the other tenant doesn't mind, you cannot set-up a condition that the next tenant might find invasive or that will not allow you to fully market the property. I would also give him 10 days to remove the excess - not only in the garage and basement but also in the other parts of the house. Your ability to properly service the property for pests or detect leaks, flooring issues will be impeded by his using the property for storage.

I wouldn't ask him where it all came from or what his intent for it all is because frankly it doesn't matter. It just needs to go to a storage facility.  One question? Does he have renter's insurance?  It really needs to be a requirement considering that the value of the contents would (hopefully) be more than that of an average tenant.

And, kudos to you for addressing this before it becomes an issue to a tenant or someone gets hurt/property damaged.  May the force be with you...

@Michael Sontheimer , I agree with most of @Patricia Steiner 's suggestion.  Although I do not believe you should require them to move out the stuff inside their house.  My personal take is they pay you rent for the right to access the space, they can store whatever they want as long as its legal, doesn't damage the property and non-invasive to other tenants.  I think informing them they have 10 days to remove everything will cause friction and the only areas of concern I have is the common space in garage.  Use your best discretion to decide which method is appropriate.

@Michael Sontheimer if he can't show a contract tied to his lease that proves he has the right to do it, then he doesn't. If he does then wait until the lease ends and change it immediately. I also wouldn't allow storage in a garage without extra rent payment because a garage spot is worth something to one of the tenants.

Thank you Patricia and Kenny for your comments. VERY helpful!

Simply tell him that half of the basement and half of the garage are included in his rent.  The other half goes to the other tenant and he has 10 business days to remove the items from the other half.  If it isn't in the lease, then too bad.

Depending on what the garage looks like and parking/storage, you could offer to rent him the other half of the garage.  That assumes that you wouldn't lose money on the other half.  I've seen places where the garage is rented separate from the house(s).

I think you need to start being firm with the tenant and tell him what the expectations are for your new ownership. Alternatively you can say that the insurance company needs basement and all common areas cleared for emergency egresses. That has always been a successful strategy in my book.

Give them 2-4 weeks notice and say everything that is left here from x date forth will be thrown away. 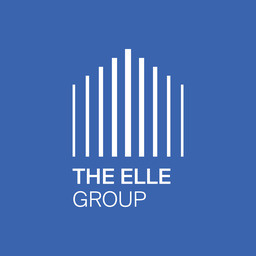 I know nothing about your renter's situation, but will say that you should be very reasonable in the amount of time you give for him to remove his things from the basement and garage.

Long story, but I purchased an apartment that also had 1/2 of a storage facility with it.  The manager / owner of the other half had owned both parcels but they were foreclosed on.  He lost one parcel and kept the other.  I bought the apartment and 1/2 the storage facility from Fannie Mae.

To get possession of the storage facility I have had to go through a legal process to evict the owner/manager.  The squatter did not want to turn it over to me with paying customers so he told everyone they had 3 days to remove their stuff from the units.

This made people try to pack their stuff and move it, come up with $ for a new storage facility, all without adequate time.  During the heat of the Summer elderly ladies were trying to take car loads at a time to another facility.

Give him a few weeks to do either the garage or the basement and then a few more weeks to do the other location.  He will have to pay for some place to move the stuff, or have garage sales, etc. plus the time to pack it.  Don't make this too stressful or he may just move and leave you the mess.

That is what happened to my storage units.  Many people cherry picked what they could deal with and left a mess behind.