One general question... Why is preferred or suggested to form the LLC that owns the RE rental property in the same state where the RE is located?

Because they are a state based product- so you want it in the place where the business operates.

If you had one in your state, you would need to register it as a foreign entity doing business in the state with your rentals any way and could end up paying extra annual fees.

I'm sure Kohler's firm will explain everything on your call- but I also would put money on them setting  up a very elaborate multi state structure involving either Delaware or Nevada even if you only own 1 rental. 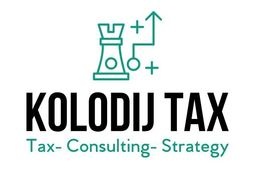 Yes..every time you setup a consultation it ends up in a huge structure... I just feel that having rentals in my own name is not a good option... but a very elaborate structure is overkill.

The reason I asked is because if I form an LLC is MO is less $$$ than forming it in KS, and I have rentals in both states... thinking in opening all LLCs in MO.

Forming an LLC in MO...but the RE is located in KS ... what problems could/will arise if I do it?

In MO forming and LLC is $50, no annual fee. I know all LLCs have to be maintain properly... year after year.

Yes..every time you setup a consultation it ends up in a huge structure... I just feel that having rentals in my own name is not a good option... but a very elaborate structure is overkill.

The reason I asked is because if I form an LLC is MO is less $$$ than forming it in KS, and I have rentals in both states... thinking in opening all LLCs in MO.

Forming an LLC in MO...but the RE is located in KS ... what problems could/will arise if I do it?

In MO forming and LLC is $50, no annual fee. I know all LLCs have to be maintain properly... year after year.

If you also have your rentals in KS under the MO LLC you'll need to register the MO LLC with the state of KS. This will likely result in an annual "foreign entity" fee.

Aside from kohler I would talk with a local REI attorney in one of those 2 states who can help you set up a plan that's not super elaborate but can provide you with the protection you're looking for.

If you plan on acquiring more real estate, you could consider a series llc. I think they can be set up in Kansas or Missouri. They simplify some of the filing and taxes since you have a parent with the ability to create series of LLC's for each property. Goals for having an LLC structure in my priority order are: 1 Liability - keep personal net worth away from business, 2 Separation - Keep operating activities separate from assets, 3 Compartmentalization - Keep asset risk separate, and 4 Anonymity - Keep personal identifying information out of business affairs. You may not need to pursue any beyond the liability protection, and if the asset value is low in the LLC you may not need the compartmentalization the series provides. Here is a bigger pockets articles that explains the risk that LLC are designed to limit.  Many registered agents also offer compliance subscriptions to do the paperwork for you.

@Carlos C. @David Swedberg I have said this numerous times, but a series LLC is great if the ownership of the underlying series is the same as the ownership of the parents. If they are not, you can throw the simplicity idea of tax reporting out the door. I also had the understanding that if you do have a series, then the other state you are doing business in would also need to allow for a series to operate? I think that is an attorney question because I'm not 100% sure in that

I also get what your thought is behind setting up the LLC in MO so you don't have the fees, but you will still need to register as a foreign entity in Kansas with the SOS because it would own property and operate in Kansas, and if you are a MO resident, you will still need a registered agent in Kansas under either instance, so I don't think it will matter from a cost perspective for that portion.

If you have a few rentals, I'm not sure I would make this too complicated. I would shoot for simplicity that will provide what you are looking for. If you are sole owner of it all, the tax reporting isn't any different, and it will still all be on your schedule E of your return anyways since all of the LLC would be disregarded entities in this instance.

The series LLC was created to simplify creation and reporting for related LLC's, it may cost more upfront but it also allows the investor to add to their investments with asset protection more conveniently.

@David Swedberg the potential problem I see with having a series, and then doing business in a state that does not allow for a series, is, in a series, the parent is the single EIN, and typically you need an EIN in order to get a certificate of good standing from the SOS of the home state for submission as a foreign entity to operate in a state that it is not organized in

Kansas has statues specific to allow for a series, and the organizational documents need to reflect such, and there is a filing in Kansas only for the establishment and removal of a series, outside of this, only the parent files with the SOS annually, so I see some potential issues that could happen when a series is not allowed / recognized in another state, but a series is who is operating. Additionally, if you close down the parent, it effectively closes all series associated with it. May not be what you want, or it requires you to maintain the series.

In states that do allow for a series, it is, again, because there are statutes specific to allow for this since an LLC is a state law product to begin with.

Again, I will also defer back to my original comment that it is only easy from a tax perspective if the parent and series llc’s have the same ownership. Anyone that thinks it is easy and doesn’t matter for ownership will tell you so because they have never had to prepare a series return with varying ownership throughout the series and parent, and trying to allocate properly on the return is not that simple sometimes, and will likely cost as much or more than separate entities.

My opinion is it is just as simple to establish multiple LLC's with a parent that owns the underlying assets of the others. Still provides for layers of protection, and when multiple ownership is involved it is just as, and possibly more, simple than filing for the series.

If this situation were for me, and I was concerned with liability, I would have an LLC for Kansas, and an LLC for Missouri, if I am really worried about liability, I would have a Holding LLC that owns the underlying KS and MO entities. Suffices for your layers of protection, and reporting is still simple. Then you only need to worry about dollar value or ownership in an entity for potential liability issues, and may need an additional llc later on. Not to mention, if there is an ultimate single owner of the LLC, then tax reporting is still simple, but it is ultimately all disregarded, and just on the individual return.

For instance if you need to evict a tenant; when you appear in court the judge will drop your case if your LLC is not registered in that state.