OK, this might be a total jerk thing to do, so I thought I'd run it by you guys first.

I have a Section 8 tenant who has pretty much been the ideal tenant who keeps his place very clean and always pays his rent on time and is a very friendly, outgoing guy.

Several months ago he got married and his new wife and new step-kid move into the unit, but he does not tell me about it. I only find out about it a little later because the tenant calls me to let me know that the rent will be a few days late because his wife got a restraining order on him for hitting her. He spent the night in jail and his brother bailed him out, but he can't go home because his wife is living there. This is of course, all a big surprise to me. Eventually, it all works out because his wife decides not to press charges and they go to marriage counseling and they are doing much better now.

Several months have passed now and his voucher request for a 2 bedroom has just been approved and so he gives notice to me and his final day was yesterday. So now I'm going through his lease and discover that for any additional occupant that moves in, he is required to pay an additional 10% of rent. In other words, he's technically should have been paying me an additional $372 per month for the past several months.

Am I allowed to deduct this amount from his security deposit? If so, would you guys deduct it? The way he's been talking, I can tell that he's really counting on the security deposit money. Thanks in advance for your input!

@Tony Kim this is your lease correct?  So you didn’t know that it was in there... I’d say that is 100% on you.  I wouldn’t charge it and just take it as a learning experience.  You didn’t tell him about it when it is your responsibility to enforce your lease.

Now the flip side is, you probably can legally take it from his deposit, however it would be from the time you were legally aware they moved in.

Either way it’s your call.

The rent for a two bedroom apartment is $3,720 per month (10%=$372), what kind of Section 8 do you have and which state is this going on in, I never heard of anything from section 8 in the numbers you are implying

Be careful and read up on what you can legally deduct from that security deposit ! Don’t just assume you can take it out of there or you may end up getting sued

Tony, no; you cannot deduct a fee that was never assessed against a security deposit.  And, you can't charge it to him now either because you failed to enforce your lease while it was in effect.

It's a hard-won lesson and that's it. Landlords sabotage themselves quite often by failing to enforce the terms of their leases - including inspections to see the condition and learn of what/who is living on the property.  You'll know better next time...

I agree with @Patricia Steiner . You essentially waived your right to enforce that condition of the lease when you didn’t do it at the time. Can’t go back and try to do it now and deduct from his security deposit.

In addition to the other advice you received, be especially cautious with Section 8 - if you have a lease in place and take a Sec 8 voucher holder, often you are locked in to charging them only their tenant portion as stated on the HCV contract, not any additional RENT on your lease agreement. Check into your local Section 8 rules and the HCV contract itself.

You should've known what you write in your lease and have enforced it at the appropriate time. Sometimes the argument is that you're not there to monitor the tenants but there would've been a spoke in water/sewer bill which should've been a key indicator of occupancy rates in unit. Unfortunately it's not realistic to enforce that now.

Suck it up. You should know your lease inside out and should have enforced it upon discovery.

You also shouldn't allow any additional adults to move in without being screened first. If he moved a woman in without your permission, that should be a lease violation and grounds for termination.

What a great place to do a sanity check. OK, thanks for the advice everyone!

21 years ago I bought a 2 family house, in the two-bedroom unit of stairs if a woman lived there with her children, she brought her boyfriend there who is dealing drugs with tons of traffic coming in and out at all hours, I didn't want to go through an eviction as it would take a long time to have it and very difficult to prove that he lives there and is dealing drugs, I painted the entire house neon yellow and within two weeks they moved out, he put concrete in the toilet before , I spent an hour before I realized that this toilet had something more than just being clogged, I pulled a toilet out and broke it on the sidewalk and saw concrete inside, the building is still neon yellow till this day the address is 108 North 5th Avenue Long Branch New Jersey, look at it on Google Maps lots of laughs it worked.

This was my first Section 8 house, I specifically counted on the $1,400 a month positive cash flow never knew about the market riding high and appreciating in value, in four years the market ran high, I paid $67,000 for the house and in 2003 I sold it for asking price of $229,000

Originally posted by @Stephen A Binion :

This was my first Section 8 house, I specifically counted on the $1,400 a month positive cash flow never knew about the market riding high and appreciating in value, in four years the market ran high, I paid $67,000 for the house and in 2003 I sold it for asking price of $229,000

Honestly, I stopped caring when you said 'not to be a jerk' and 'they were an ideal tenant, clean, paid on time' because I assumed you were going to try to squeak out a few more dollars from them.  Which indeed was the OP.

This falls completely on you and is unfair to the tenant.  This is the type of thought process that gives landlords a bad rep.  Plus it is going to be incredibly tough since it was Section 8.

Chalk this up as a win having a great Section 8 tenant and move on.  Don't be greedy.

@Tony Kim if you never put them on the lease did they really exist...?

The yellow on the house at

doesn't look bad at all. I think that painting it Neon yellow to fix your problem was a brilliant idea.

@Robert Goldman - I wouldn’t call that neon.  That’s a pretty mild yellow.  To put your yellow into perspective, here is a photo of one of my yellow rentals.  ;) 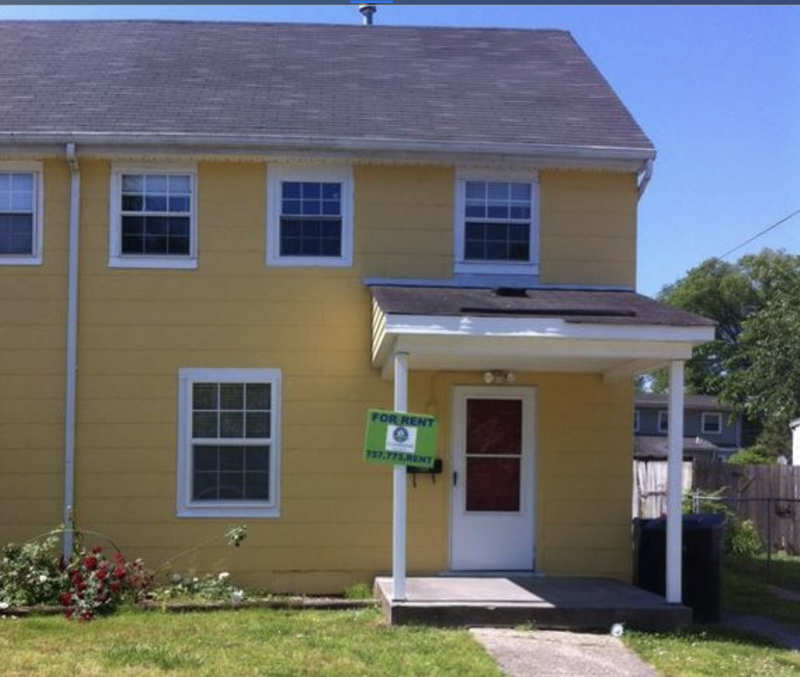 I'd love to hear how you're going to collect this money....

and they when you get kicked out the section 8 program.

@Robert Goldman - I wouldn’t call that neon.  That’s a pretty mild yellow.  To put your yellow into perspective, here is a photo of one of my yellow rentals.  ;)

@Robert Goldman - We didn’t intend this to be so bright.  Sherwin Williams has a limited selection for exterior yellow options, and we didn’t realize that when we sent our contractor for paint.  It has been this color for years now though, and it has grown on us.

When I painted the house back in 1998, it was the brightest neon yellow color the Home Depot had in it's color chart that could be made, side note, one day as I was outside the house a couple of detectives in an unmarked car came by and stopped to talk with me "the white guy in the hood"and after talking to me for a few minutes and finding out why I painted the house neon yellow, told me that this house somehow was used in a New Jersey landmark drug case, it never ceases to amaze me what I run across.

Based on the road the tenants relationship was headed down from the sounds of it, I think you are fortunate things did not blow up any further and they are out of your apartment.