I’m curious if my rental lease doesn’t pertain a clause stating it’s the tenant responsibility to maintain lawn care, would it be reasonable to deduct from security deposit if such lawn has overgrown significantly.

I know here lately where I am, it has been raining continuously for the past few weeks but of course it has been dry moments, however the grass was cut prior to past tenants moving in.

Eat the cost myself or deduct, what you think..

@Ahmad Moore   so you didn't settle who would do lawn care before move in?  Typically it is spelled out and/or discussed in a SF home before rental.  If not I would try to put it on them under any general maintenance clause in the lease as maintaining the property.  Call them on the issue. If they say we didn't think we were responsible you have to see where to go from there (because you weren't clear).  In this case you might just cut as an expense and then get them to cut.

If you were clear I would issue a lease violation inform them I will cut at x charge if not done by x date. My guess is they are not going to do it so before being cited by your town I would have it done.  Best bet though is to put this in the lease.  In any case if you are charging send a bill, don't take it from Security deposit unless it is a move out issue.

if it is not in your lease then no, it would not be reasonable to deduct it from the SD.  Change your lease, learn your lesson and be grateful this was a cheap lesson : )

Tell the tenant it's their responsibility and see how they react. They may accept your statement and mow the lawn. If not, hire someone and pay for it yourself.

Don't ever use the deposit to pay for something until after the lease is terminated and the tenant is out. First, it's usually illegal to do so. Second, the deposit is your only leverage to ensure the tenant pays rent through termination and returns the rental in good condition. If you spend the deposit, you remove your leverage.

In the future, be very clear about who maintains the lawn. Have it in the written lease and also talk to the tenant about it verbally so they understand.

Thanks everyone. It’s a move out deal. Not a big deal but just an added expense on top of what I {just noticed} when I inspected the house. Overall, it wasn’t bad but mudding, painting and cleaning. My 1st move out so I’m sure it could’ve been worse.

NOPE! If I rented a unit from you and the lease does not stipulate anything about the lawn I would be furious and fighting mad if you took it upon yourself to deduct even one penny when you have nothing it writing to back yourself up. I would put that in the same category as stealing from your tenant and then your waiting to see how your tenant will react. Not a good way to do business.

You made the mistake by not putting the clause in the contract. So, eat it!

I just made a mistake where I will have to eat a little money every month for a year. I closed escrow on a 6-unit building in March and did not know one tenant's electricity was connected to the House Meter, the same meter for the outside lights and washing machine room. When I rented the apartment I told the tenant to have her electric turned on. She called me and told me her unit did not have a meter. So, being to quick with my thinking, or not thinking, at all, I told the tenant I would add $80 per month to her rent for electric and she agreed, but then after I got my first electric bill it went from $35 to $160 meaning he unit is costing me $140 per month. While $30 does not seem like a lot of money it is a loss of $360 by the end of 12 months and if you think it doesn't matter when you make a few more mistakes throughout the year the losses start to add up like $360, then $720, $1080, etc. and when you stretch small losses over a period of 5, 10, 20 and 30 years you lose enough money to where you could purchase a nice Mercedes every 10 or 15 years, or re-invest that money and make even more money.

Howard Hughes said something like, "if you pay attention to the tiny details the important things will automatically take care of their self". Maybe, the grammar is not correct?

@Jack Orthman duly noted. It was a move out, everything included the lawn was in top top shape during commencement. I know what to do moving forward. Thanks for your input as well.

Typically mowing the lawn is part of the tenant's job when it comes to single family homes.  You now know for the next one to specifically state it in the lease.

@Jack Orthman duly noted. It was a move out, everything included the lawn was in top top shape during commencement. I know what to do moving forward. Thanks for your input as well.

I understand your point though, it's a move-out, so typically they handled it, but since they left, they probably just skipped the final week of mowing. I personally would just handle it, and if it didn't rent right away, you will have to mow another 1-2 times anyway before new tenant arrives.

@Bob Wilson yes, it’s being rented right away, actually tomorrow lol. I had someone yesterday to go over to cut it but his push mower wouldn’t do the job haha. I politely sent previous owner asking her who was her lawn person and he supposed to come and cut it today, I’m sure she’s thinking at my expense but honestly it’s ok.

Oh, looks like they skipped more than the final week lmao

Since your lease did not have any stipulation for lawn care, the onus is on you to take care of it.  I do not know the market you are in, but the states I work in allow an attachment that can be modified after the lease is signed.  I would create one or add a paragraph to the one you originally had signed.  Check with your local laws, but make sure it is understood and signed by you and the tenant.

If your lease doesn't address lawn care (one way or the other) you have a lousy lease contract. You need to ditch it and get a good one. This is something basic that is in any decent contract.

@Ahmad Moore   I see it is a move out on a property you bought.  Just pay the cost and move on. If the other owner required it and they were staying it is something you would get them to do or charge for. If the other owner has a lawn guy he might have been doing it.  Should have noted on walk through. 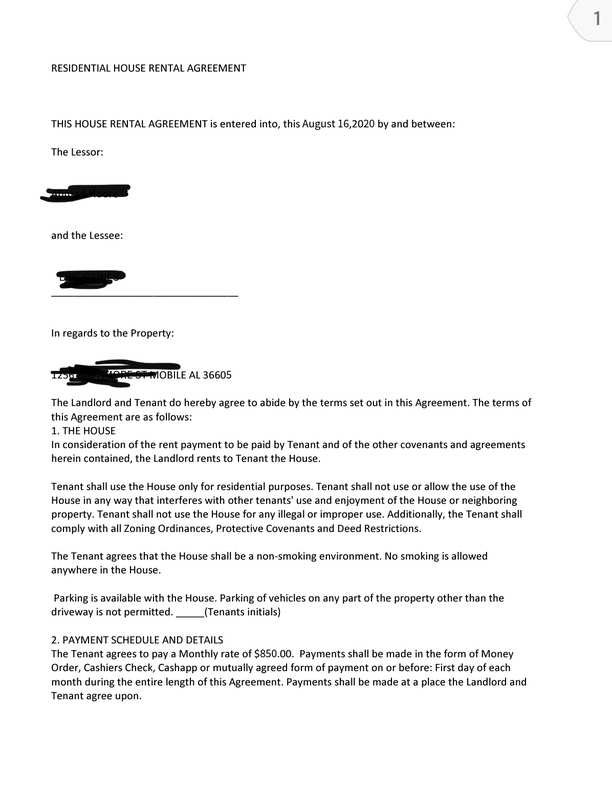 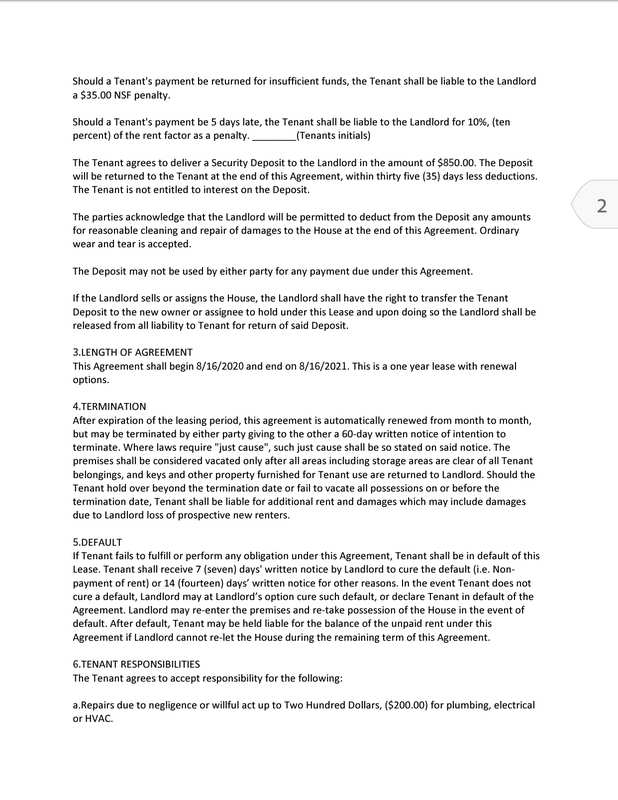 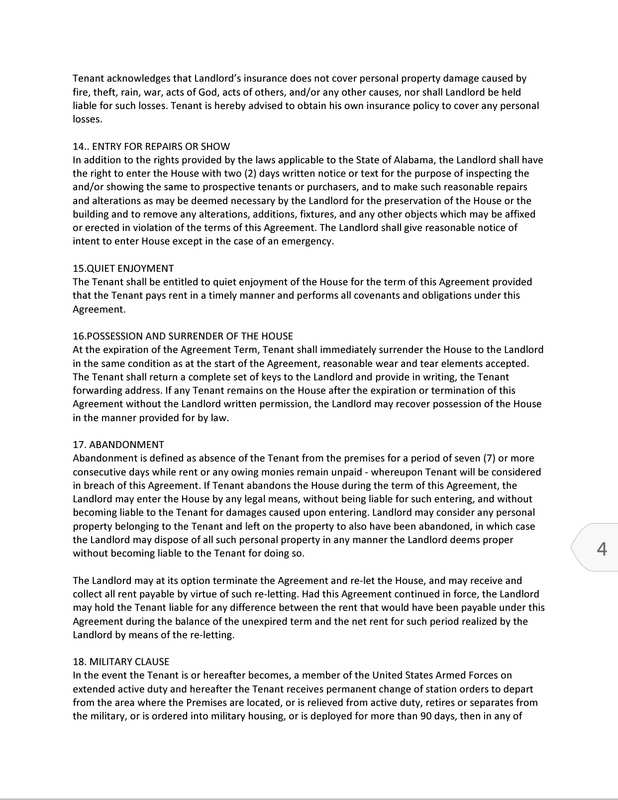 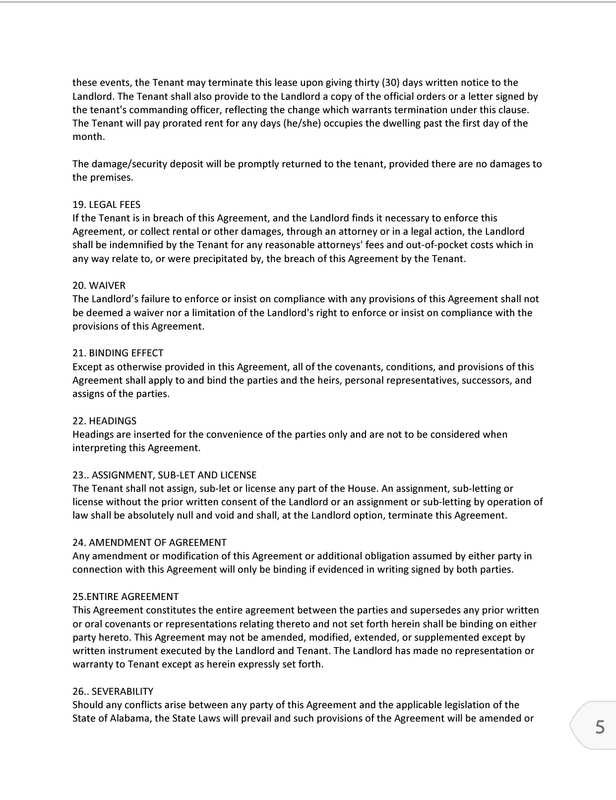 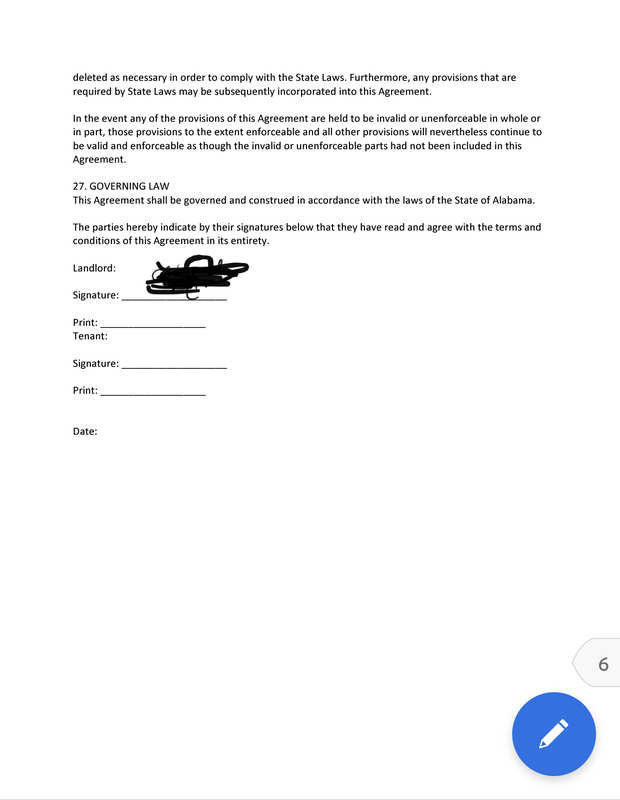 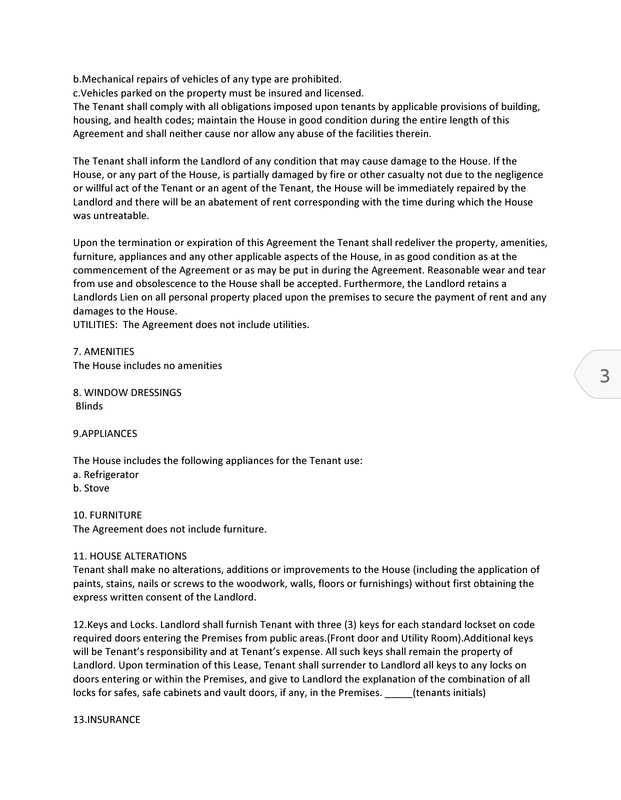 I know you inherited it but I wouldn't use this lease going forward.  The only clause that remotely addresses the issue is 6c upon the termination... deliver as good condition as it was received.