Hey Bigger Pockets Community. REAPS welcomes Bob Diamond as our guest speaker this month in Bellevue, WA. We’d love to have you join us. Our meetings are FUN and full of active investors doing deals all around the Puget Sound area. If you have never attended one of our main events then please be our guest for free to your first meeting! Just register online and use promo code “bigger” at checkout. Here’s the link:

This month we are excited to host guest speaker Attorney Bob Diamond. There are millions of dollars hidden away in government bank accounts waiting to be claimed. If that money is not claimed by the deadline it becomes property of the government – FOREVER – and is lost to the government!

This is not what you expect – it’s not from lost bank accounts, unclaimed insurance policies, uncashed checks or unused gift cards. Everyone knows about those monies and you can easily see them on State Treasurers websites.

The sad fact is that few people who are owed this money are aware of the money and thus few of them ever get the money. Instead the government keeps the money.

Simple – because the people owed the money have no idea that the money is waiting for them to claim it. And since they don’t know about it the deadline to claim it slips by and the money is lost forever to the government.

So what does this have to do with you? Easy – you can help connect the people owed the money with their money – and take a finder’s fee for making that connection! There are literally millions and millions of dollars waiting to be claimed and you and get a part of that money! Join me on October 23rd at REAPS and I will show you how!

We teach you how to make substantial fees of thousands and even tens of thousands of dollars locating money stranded in hidden government bank accounts and getting that money back to its rightful owner.

- This is NOT abandoned bank accounts or anything else you see on late night infomercials or your State Treasurers website
- There are hundreds of millions of dollars waiting to be claimed right this minute - and if it is not claimed in time then it is lost forever to our money-hungry government
- This money is hidden discretely in bank accounts and is not on the internet
- The money is there for the asking but virtually no former owners know the money is there and thus they never ask for it
- You will learn how to find that money and recover it for the former owner in exchange for a nice fat referral fee!

Bob Diamond is a practicing real estate attorney and investor with years of experience in real estate law, investment, development and is the author of three books on real estate investing. You may be familiar with Bob from his appearances on FOX, NBC, CNBC, NPR, or the Flip That House television show on TLC. Bob graduated from Villanova University with a degree in Finance in 1987 and from Temple University School of Law in 1993. He became a Pennsylvania licensed attorney in 1993. During his career outside real estate and law Bob worked for Meridian Mortgage in their default and REO department, for Arthur Anderson and Coopers and Lybrand as a business consultant, and for the international law firm Cozen O'Connor as a real estate attorney. For his own account Bob has been investing in real estate for over twenty years and has participated as the buyer, seller, or attorney in over one hundred million dollars in real estate transactions over the past twenty years. Bob has been teaching real estate investing since 1999 so you have probably heard of Bob in the investor world where he is known as the ‘guru's guru.' Because of his legal expertise and experience as a real estate attorney, Bob is sought after for his advice and counsel.

Cost:
REAPS Members free when you pre-register
Guests: $20 online, $25 at the door 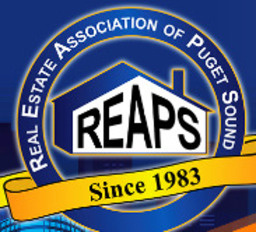