I am a newbie investor in the Cleveland area and am hungry for knowledge! I have returned to the Cleveland area after attending grad school in Pittsburgh, PA (don't hold it against me) to be closer to family. In June, I moved to Cleveland after a 6 month trip to South America. While working in a hostel in Medellin, Colombia I met a fellow Bigger Pockets member who told me about the site and I have been hooked since! I am back in the states and I am ready to return to work and dive into networking with like-minded investors. I am in the end stages of getting my real estate license for direct access to the MLS and working with investors in the future.

My current goals are to focus my energy on buy and hold multi-family rentals in the Lakewood, Oh area. I hope to buy my first investment property in the next 6 months where I will house hack and gain some landlord experience. I am looking for peers and mentors who are willing to share information about our wonderful city of Cleveland, Ohio. Looking forward to hearing from fellow Clevelanders, it is great to be here!

Locate and attend 3 different local REIA club meetings great place to meet people gather resources and info. Here you will meet wholesalers who provide deals and rehabbers (cash buyers). You can Google to locate them and go to meetup.com

Two Great reads, I bought both J. Scott The Book on Flipping Houses, The Book on Estimating ReHab Costs http://www.biggerpockets.com/flippingbook

Your will learn lots on the forums.

Let me know if I can help.

Welcome to BP, good people and knowledge on here

Lakewood is an area I'm looking to buy in. Can I ask you why you Have picked that area in specific? 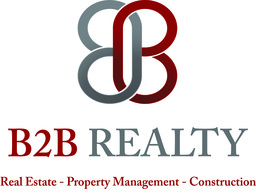 Account Closed thank you so much for taking the time to write this all out for me. I will be sure to mark these reads off my list very soon.

Thank you for the welcome! I am choosing Lakewood because I feel that there is a lot of room for growth. My mom has been a teacher in the Lakewood school district for the past 17 years and is very familiar with the neighborhoods and the flavor of the community. I personally appreciate Lakewood's diversity and I believe that Lakewood has the potential to grow in the next 10-15 years.

BP is full of useful resources such as forums and blogs. Welcome to the Bigger Pockets community-be sure to check out all the awesome BP blogs under “Learn.”

Wishing you success on your real estate venture!

Welcome to the forums.

Personally, I'm not all that keen on Lakewood as a buy and hold market in Cleveland. The rents don't seem all that high compared to property acquisition prices, and property taxes are a little on the high side out there too. Of course, I'm an eastsider not a westsider so I have some inherit bias on the subject. Plenty of people do enjoy living in Lakewood and / or investing in Lakewood via buy and holds, so feel free to take my thoughts on the matter with a grain of salt.

Thank you for the warm welcome everyone!

@Timothy Murphy III thank you so much for that input. This is exactly the kind of information that I have been looking for! What markets do you suggest are good for buy and hold in the Cleveland area? Thank you in advance !

You're welcome. I have several west side based clients that are very partial to the Old Brooklyn area / 44109 zip code. That's within Cleveland proper city limits on the south / west part of town, near Parma. @James Wise is very active on these forums and I believe he operates very heavily within that area. Personally, I'm partial to the North Collinwood neighborhood around the Waterloo arts district area on the east side in the 44110 zip code. I also some clients that like the ethnically Slovenian area around E 55th / St Clair / Addison in the 44103 zip code, though admittedly this is probably a "D" caliber area with lower rents, more blight, lower property values, etc. I'd steer clear of this type of area until you're more experienced unless you have some other particular advantage that would help you overcome the additional risk.

Some of the inner ring suburbs (including Lakewood) are popular on both the east and west side areas, though you'll have increased regulation from the suburban municipality government and increased property tax burdens to deal with.

Since you're local, I'd deploy capital in an area you are (or get to be) familiar with first hand, and use that list I provided as a starting point for areas to familiarize yourself with.

@Timothy Murphy III thank you so much! I will familiarize myself with these neighborhoods and then get back to the forum with more questions. Thanks a bunch!

Welcome to Biggerpockets Andrea. Good luck and great success to your REI journey

Welcome to the site.

@James Wise is this absolutely wonderful. Thank you so much! I look forward to working with you in the future!