Hi everyone! My name is Elliott Sulz, I’m from Victoria, BC, Canada, and I’m just starting out with my real estate investing business. I’m currently a full time student studying computer engineering, but I also have a passion for pursuing life goals and financial freedom.

Like a lot of folks, I read Rich Dad Poor Dad and was immediately hooked on the idea of buying assets that continuously bring in income. Since then I’ve spent the last couple years learning all I can about real estate investing in my spare time, and I figured now is the time to finally jump in and make things happen. I’ve listened to quite a few episodes of the podcast which is an unbelievable resource, so shout-out to Josh and Brandon, keep it up guys!!

My plan is to start out with small multi-families – I’m currently closing on my first 4-plex! Eventually I want to transition into bigger multifamily apartment buildings. I really like the idea of the consolidated nature of that type of investment.

Anyway, feel free to reach out to me, I would love to connect with other British Columbians and Canucks out there on the site, or just anyone who wants to chat about real estate!

Right on @Elliott Sulz !  Way to jump in and take action. Best of luck with the fourplex deal. Are you investing in Victoria? 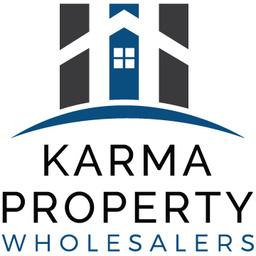 Congrats on the fourplex!keep us updated as to how it goes!

Welcome to Bigger Pockets. It is great to see you hear.

Thanks @Cal Ewing ! I'm investing in Nanaimo, about an hour and 1/2 north of Victoria.

Great to be here @Mark Nolan , looking forward to connecting with lots of great people on the site.

I'm in Nanaimo myself - whereabouts is your new fourplex?

Thanks Tom! Great to meet a fellow islander!

It's on Rosehill street near downtown. Not the greatest area of Nanaimo, but I think it's starting to show some signs of turning around.

Heh, actually the surrounding area is *quite* good. It's simply Rosehill and Bradley that have been a bit run down the last while so I think that's a good thing.

Also, there a number of active permits for redevelopment on those two blocks - let the gentrification begin!

Just a note - believe it or not some of the smaller houses on those two streets don't have foundations :p

Interesting... yes it'll be great to see those few streets slowly revitalized. I'm planning on holding this rental for the long term, and over the next year or so putting some work into it to make it more appealing/updated. Hopefully I'll be able to attract a bit better quality of tenant that way.

Do you have many rental properties in Nanaimo currently?

Yes, my wife and I are currently working on building a portfolio of small ranchers and developing carriage homes in back. The returns are *quite* good relative to normal rental investments. So instead of say a 5% cap rate, one can achieve over 10 fairly easily. Our current project is estimated to be 15%.

Just a note, there is a directive from city council to crack down on unauthorized suites where as in the past there were dealt with on a complaint basis, now, they have a department (albeit immensely short staffed) dedicated to the task

Yeah my "4-plex" is actually a duplex with 2 extra unauthorized suites. I've just begun to look into the process of getting them authorized... from what I've read so far it sounds like a complete "reconstruction" is needed.

Have you gone through the authorization process before?

There's a fellow named Mike' whom you will be indubitably working with at the City.

Here's an overview - in Nanaimo, prior to Feb 7, 2005, secondary suites were illegal. That day, they allowed for any existing suites to become 'authorized' which is different than 'legal'. Any suites constructed after that date can only be 'legal'. Further, both 'authorized' and 'unauthorized'/'illegal' suites will have a notice placed on title. Interestingly, if you have an authorized suite, the city won't shut it down but the notice is still kept on title to make everyone aware that it was not put in legally. Got that? LOL

Anyway, while some people did opt for simply 'authorizing' their suites, with the contravention on title, it can be tougher to secure financing, etc... Banks tend not to like to lend on things that say 'BYLAW CONTRAVENTION'. So I *highly* recommend going the legal route, in many cases there isn't much difference but your mileage may vary.

As mentioned, city council has decided to initiate a crackdown. The process appears to work as follows. The finance department, who isn't directly involved, but is always ensuring that they get paid, look through ads, the MLS, etc... to see where suites may exist. Upon discovery, they begin assessing 'double user rates' (in your case it would be quad instead of double).

The inspection department crosschecks all the properties that have multiple user rates with any permits. If they don't find any, they send you a letter indicating that you've got a suite contrary to bylaw.

The other, and former, method of discovery was through public complaint.

Once you're 'in the system' (if you have that notice on title or quad user rates you're about to be 'in the system' it's inevitable at that point but may not happen for some time as they are understaffed incredibly) you'll be given the choice of removal, authorization in cases where it was constructed prior to 2005 or legalization.

Note, you may be in area where the zoning does not allow for your current density - if so, there's nothing you can do, you'll need to remove them. (I can look this up for you or if you've got a real estate agent you're using, they can. Full disclosure, I'm licensed myself)

To create a legal / authorized suite is simply addressing a laundry basket of safety items such as:

One thing that I do NOT like about the new bylaws is that work must be outsourced to a licensed contractor. The issue being that in the past, a home owner, providing he met code would be able to work on his own place. With suites (any multi family really) this is no longer an option.

As far as removal goes, they usually get the stove wiring pulled, upper cabinets removed or remove 'functional' separation of the living units. So, a house could have two kitchens as long as there is not easy separation between them (door no good, open wall ok)

Are you paying 4x rates now?

Hi Elliott, welcome to BP.  I'm from the other city in BC...Vancouver!  Good on you for jumping in while still a full time student.  If I can help answer any questions about mortgage financing, shoot me a PM.  Best wishes.

Hi Julie, thanks I appreciate it!!

Tom, thanks for all the info! What do you mean by multiple user rates - are you talking about utility/service rates?

Yes - exactly, sewer, water garbage. Their bill is titled 'User Rates' at the top I think. If you're paying 4, the finance department has you marked as a 4 dwelling property.

I am from Courtenay, but live most of the year down in Arizona. I have always wondered how money was to be made at home by real estate investors besides flipping. Great to read all these posts and see that people are making it work!

@Tom Stromar You mentioned you were building carriage homes in the back. Have you ever tried converting a basement into a separate quarters? If so, what type of numbers are you looking at?

Presently, there doesn't seem to be as positive an opportunity with basement suites. There is typically a negative return on the improvement at current market prices although you do end up increasing the return (rents increase about 33%). One note: turnover in the suites tend to be higher than average due to the sound / proximity issue. This can affect the upper unit a bit as well. Also, how to deal with yard space / privacy can sometimes be challenging.

Conversely,  a suitable property for carriage home installation can be found for 20 to 30% less than a suitable one and the rent differs only minorly for the 'main' unit.

Also - as mentioned earlier in the thread, the city is currently looking to formalize all suites to code. Gone are the days that you could 'slam' in an extra apartment for 10K given all permits, etc...