Looking to begin my journey into seriously learning about real estate investing. I've been listening to the podcast for about 5 months now, and feel like I've fallen into the pool of people who never get started. My wife and I are int the process of getting financing for our first home, and looking to make it an investment property. But oh, where to start!?!?


Looking to begin my journey into seriously learning about real estate investing. I've been listening to the podcast for about 5 months now, and feel like I've fallen into the pool of people who never get started. My wife and I are int the process of getting financing for our first home, and looking to make it an investment property. But oh, where to start!?!?

Hello and welcome to the both of you!  First of all you have to learn enough before you get started.  I would either do whole selling or get into renting a house or small MF with Owner financing.  That way you can start without having much money. I am 59 years old and from Dallas Texas.  I graduated from college and got a broker license in 1980.  I have been in the construction business since I was 17.  I found BP about 3 months ago and still learning.  Good luck!

@Andre Cano investing seems so daunting to people with limited knowledge and experience who fail to followed through and discipline themselves, which is required to succeed.

You can start looking at properties in your area while you are going through the financing process. Consider purchasing a multifamily and implement house hacking.

Be amongst the members who don't fall into the pool of people who never start.

Real estate is like anything else a few people persevere.

Real estate investing is one of the slowest moving endeavors you'll ever come across. You've been listening for 5 months and are worried you will never get started? No. I think 2 or 3 years is about where I was at.

I listened to podcasts and read stuff online (before I found bp) for a couple of years. To the point where it all became second nature and it started to get to where I knew how the hosts were going to answer before they answered. Thats when you know you have a decent understanding of the philosophies/strategies at least.

And at some point, your opportunity will come to you and you'll be ready to take the leap.  Mine literally came at a 4th of july party at my house where some of my sister's neighbors were talking about another neighbor that was walking away from their house.

I ended up getting that deal and flipping it (the only flip Ive ever done).

So don't think you're never going to do it just because you haven't. There's a fine line between paralysis by analysis and then just not taking action.  But there's also a very wise saying that states "Success is where preparation and opportunity meet".

Keep doing your learning (i.e. preparation) so when that opportunity comes, you'll be ready to take your shot.


Real estate investing is one of the slowest moving endeavors you'll ever come across. You've been listening for 5 months and are worried you will never get started? No. I think 2 or 3 years is about where I was at.

I started studying REI back in the summer of 1985. I was out of work most of that year and looking for opportunities.

Of course, that was before the internet. So, freebie guru seminars and outdated books were all that was available to a clueless newbie with no money.

One of the challenges a lot of new people have is that reality typically falls well short of the hype.

Yeah, there IS a LOT of money to made. What no one (except my current group) ever tells wealth seekers is that REI is a marathon, not a sprint.

Then, there's "the people who love you" who will do their best to steal your dreams and convince you to get a "real J.O.B." like they have. After all, they're just trying to protect you from yourself, "the scam artists" (Hi, Ryan!) and the all possibilities which they themselves don't have because they don't reach outside their comfort zone.

You gotta get comfortable being on the road less travelled.

You gotta stop seeking the larger "packs" and instead seek out the other "lone wolves" and join their (much smaller) "pack".

Even BP focuses too much on the nuts-and-bolts and not enough on building the crafts- and business-people - entrepreneurs - and building their "Why". Get a strong enough "Why" and the "How" becomes just another step on the path. Even the most complete "toolbox" is of little use until you know how to use those tools, and why!

if your starting out and getting financing from a bank. any muti-family unit from a 4-plex or less would get you qualified on a conventional loan. And living in one sometimes qualifys you for only needing 3.5-5% down for down payment. ex. 200,000 on a live-in 4plex, @ 5%=10,000 down plus maybe closing costs.

On the other hand, a residential loan means you, your income and your credit have to qualify for it.

5 units or more - commercial property / loan means the property qualifies (or not), and your credentials become less important.


and your downpayment at 20-25% of property value. for commercial

However, a business entity structure may allow you to get that from investors / partners and not from your own "pocket".

It is a scary feeling to start something completely new, and something where you hear people tell you it is too risky and too hard.  Continue to listen and read BP posts.  It is really helpful to be surrounded by like minded people.

I just wrote a blog in BP How to get started in Real Estate, and what my journey was like. 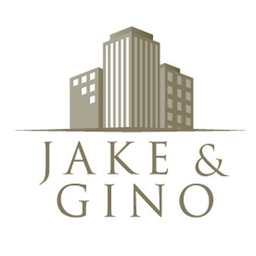 I bought my primary residence and rental all within two months. I needed a place to live so I had to find a place so I bought one where I felt I made a good deal through my realtor, I didn't. She said it was a good deal but it wasn't.  Newbie mistake.  Check the sold prices from nearby property.  I over paid by $10,000 on my offer.  Only put 10% down though. I bought my second place which was foreclosed and a year later they are starting to build shopping outlets, cinema nearby, and houses selling for 4x as much across the street so I now have nice equity packed into it. My first property, my primary residence, is in a high demand area for college students so I can rent it anytime and still make positive cash flow so that is a positive there.  My second is positive cash flowing about $150/month after all expenses but I put 25% down on the property.  I need to learn how to leverage my second to buy either a multiplex or a house to flip for my next move....just life happens (my gf just got pregnant and I am going to be a Daddy, :-)!!) So now I am saving up all my money for another property with land so she will be happy in because I want her to be. Need to speak to my pastor to steer us both to get on the roght direction too. Anyways, once I do get a place for my new upcoming family I am going to rent out my first property.  People make real estate more stressful than it is! Here is what you need to look at, location, location, location!! Is the property in a high demand rental location like a lot of college students to serve to? Will you positive cash flow after all expenses and maybe 1 months vacant per year? Does the property have potential to increase in value after some sweat equity upgrades? Are you pretty handy or have the will to learn to be handy? Do you have someone you can call for help to fix things or you need to hire someone? Can you sell it fast if need to be or do you need to hang for it for a while? Also join a real estate club in your area to start making connections. Wish you the best of luck!